Camden residents vouch to save dam 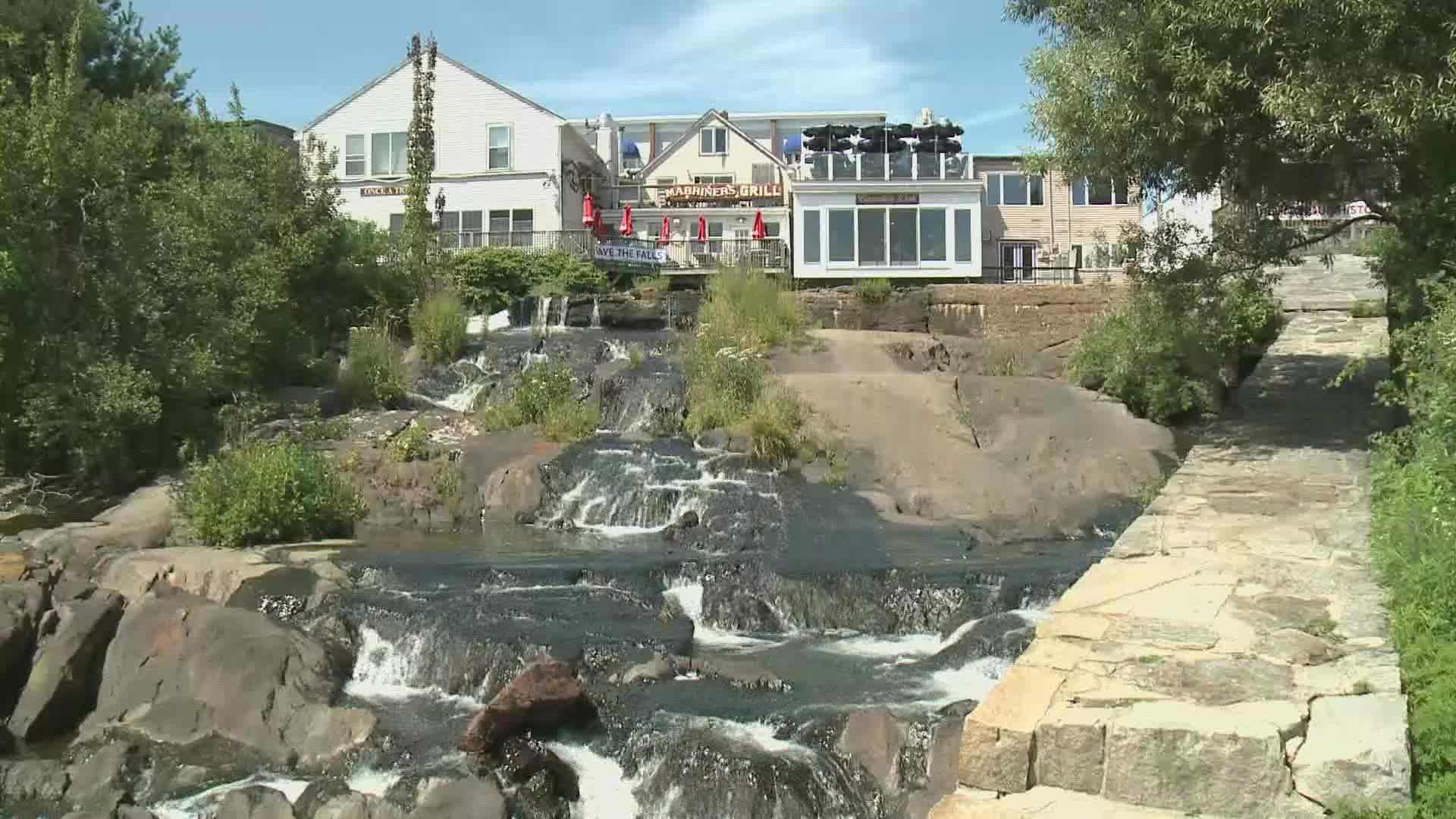 CAMDEN, Maine — On a sparkling August morning, tourists crowded into The Smiling Cow, the oldest gift shop in Camden’s busy downtown. Even those taking a moment to savor the harbor view of the store’s back deck were likely unaware that the building stands on pilings in a pond.

It is one of more than a half dozen commercial buildings in the pond formed by the Megunticook River, where it backs up against the old Montgomery Dam. The pond water spills over the dam, and cascades down the waterfall into Camden harbor, forming one of the town’s favorite spots for visitors.

“Every year I hear thousands and thousands of people talk about how beautiful this is,” Meg Quijano, longtime owner of The Smiling Cow, said.

Quijano is part of a local group called 'Save The Dam,' formed to do just that—preserve the dam, the pond behind it, and the waterfall they create.

The dam is owned by the town. It was originally built in the 1800s to power mills near the harbor, according to members of the group.

The Montgomery family gave the mill to the town about 30 years ago, according to Lee Montgomery, with the condition it be maintained. They said maintenance did not happen, and the dam now needs significant repair.

“It's in disrepair,” agreed Camden Select Board chair Bob Falciani, who said the board has been discussing the dam for three years.

“We've been (looking) to get it repaired, replaced, or demolished.”

Falciani said grants were available for the town to study the dam, and also for an engineering plan o show what the falls area could look like without it.

“The waterfall as it exists wouldn’t be there, but the whole area would be a water passage,” he said, indicating the river would flow at its natural level down to the harbor.

Save the Dam members said in summer, that would most likely be a small amount of water, and not the noisy, splashing falls visitors enjoy today.

They also said the word recently that the town had already hired a design engineer raised their level of worry.

“I was astounded at the stage they were at in the removal process,” said Montgomery, saying it appeared the board had already decided on a plan.

“They have jumped to a particular solution and are pushing it like crazy, instead of having a public discussion about the pros and cons.”

Falciani said they haven’t made any decisions about the future of the dam.

He also said they have to look at the question in light of climate change, bringing the threat of more and larger storms with much heavier rainfall.

Falciani said they don’t want to see the kind of flash flood damage that has happened recently in other parts of the U.S. and Europe.

“I think the Select Board has to get to a point where we evaluate the pros and cons of most feasible options, including removal but not limited to (that).”

The Save the Dam group said the town has failed to maintain the dam, which is one reason there are problems now. Tearing it out, they insist, would do permanent harm to the town’s beauty and its history.

“We would lose something very precious for this community,” said Quijano.

Falciani said any decisions won’t come until next spring, and that voters will have the final say on the future of the dam.