Brewer barbershop 'cuts' it up for free on Veterans Day 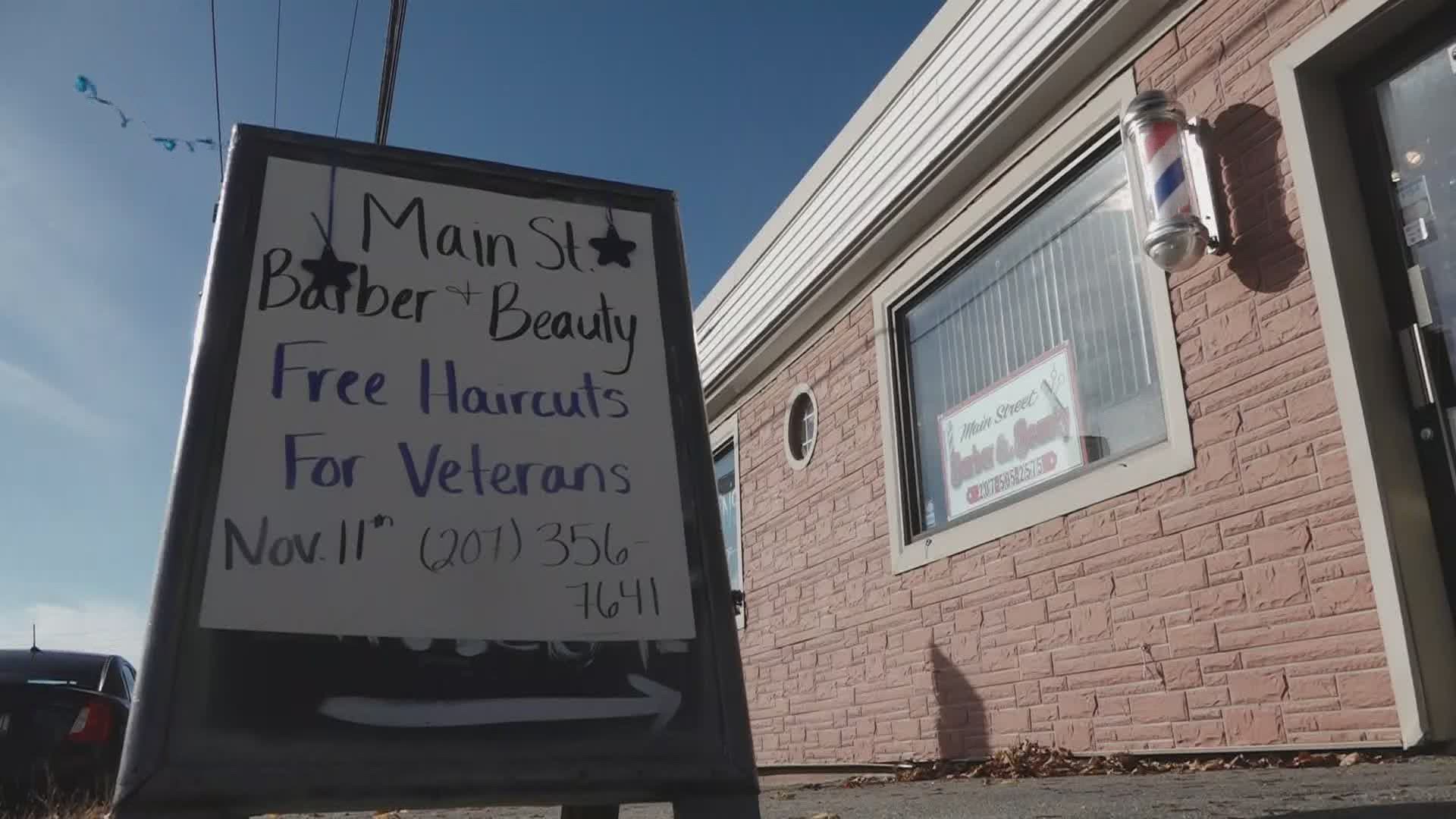 BREWER, Maine — In a year where traditions are hard to keep, one barbershop and beauty salon in Brewer was sure to keep its Veterans Day plans regardless of the pandemic.

“I come from a long line of military, so I have a lot of people who have served and of course it’s especially important to me, especially with my son serving. It’s a way of saying thank you," stylist Natalie Little said.

Coleen Patterson has owned the shop for nearly a decade and also has close ties with vets, so she decided to give back in a way only a barbershop can.

“The idea is to give free haircuts because we appreciate and respect all our veterans," Patterson said.

Giving free haircuts for all veterans on Wednesday was just the least Main Street could do, Patterson added.

After years of this patriotic deal, word got to Cirio Olivares.

“I was both in the Air Force and the Army, but I was in the Army during Operation Iraq Freedom and I served in Iraq for two tours," he said after just getting his haircut.

“I was very pleased that they’re doing this for the men and women in the Military," he added.

Doug Michaud was in the Navy in the 1970s. He is a disabled veteran with a service dog named Takoda.

Takoda sat out the chance for a free cut. Doug, however, got a little trim.

"I don’t have very much hair, but on the bottom," Michaud said with a laugh after he removed his baseball hat.

Regardless of how much hair was actually cut, Michaud is always thankful for the recognition of his service.

“Oh it’s awesome, it really is. Especially now how the country is, now so divided, so it really is awesome," he added.

After stylist Eva Winfield finished Olivares' haircut, she reflected on her own experience with our servicemen.

One thing you learn after a few years of giving free haircuts to veterans the employees add is they'll always tip you.

“It’s really heartwarming. It’s heartwarming that we’re remembered, and we’re honored by them, by these businesses and they deserve, I believe they deserve our support as well," Olivares said.

Winfield and Little mentioned it is always nice to get to know the vets when they sit in their chairs. For Little, once someone figures out her son is in the Navy, it's all they talk about.

“It really is a brotherhood and a sisterhood for them. It truly is," Little said.

A brotherhood and sisterhood honored every year on Veterans Day. The free haircut is just a bonus.