Councilor Leroy Walker expressed concerns from community members that "dark-colored" people "looting" and "stealing" in the South made a "black mark" toward Jenkins. 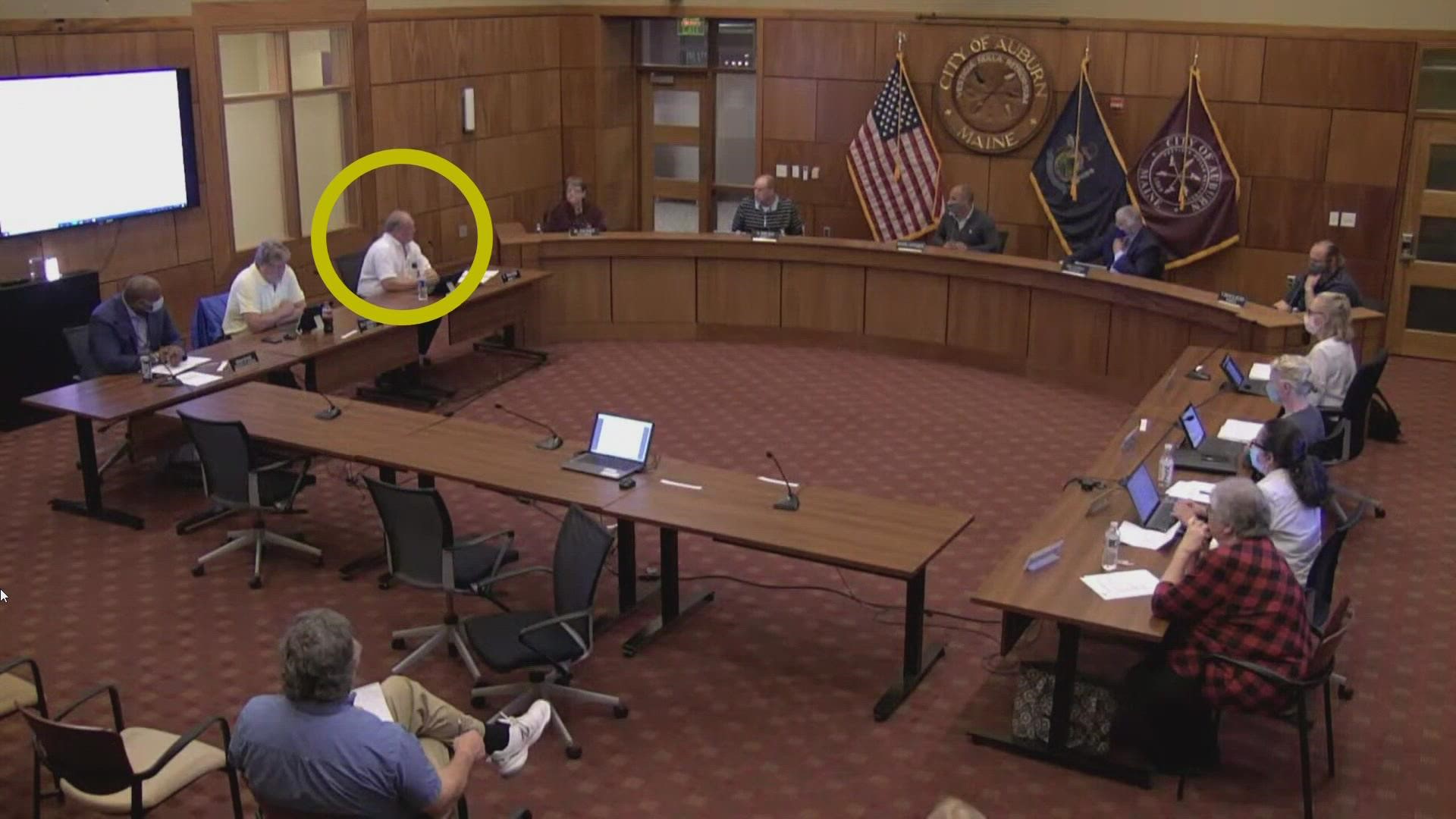 AUBURN, Maine — The Auburn City Council and Mayor Jason Levesque released a statement Thursday in response to comments made by Councilor Leroy Walker during a public meeting Tuesday.

The City Council was voting on an item of new business to rename a pedestrian bridge that connects the city to Lewiston after John Jenkins. Jenkins, a Black man, served as mayor of both cities and served in the Maine Legislature. He died last September.

In that meeting, Walker shared concerns that he claimed were brought to his attention by residents in Auburn. He said due to "dark-colored people breaking in, looting [and] stealing" in areas in the southern part of the country affected by flooding, people are hesitant to rename the bridge after Jenkins.

The statement does not mention Walker directly but states in part:

"It is incomprehensible to us that a few people in our community might see the renaming an Auburn landmark in honor of John Jenkins as a hollow gesture, when in fact, it is with humility, pride, respect and gratitude that we memorialize a man who impacted Auburn in such a meaningful and lasting way."

The Council voted 7-0 to rename the bridge after Jenkins. The two cities will now work to plan a dedication event sometime before winter.

Walker declined an interview with NEWS CENTER Maine but said Tuesday his comments have been "blown out of proportion." He added he remains a supporter of the bridge name change and has been friends with Jenkins for years.

He added he was repeating concerns from residents that were brought to his attention.

On Wednesday, Walker released a statement saying he's stepping down from "all the board, committee, and commission assignments" he holds as city councilor. However, he did not indicate any plans to step down from the City Council itself.

"We hope the Auburn city government takes this as a learning opportunity and works to improve elected officials' and city employees' understanding of racism, and how to foster diversity, equity inclusion, and belonging in their community," she added in a statement.

"My understanding is that his intention was to support the late Honorable Jenkins, however, in doing so he used the Council as a platform to amplify racist commentary, employing discriminatory language that must not be tolerated in any community," Boss' statement read in part.

During Tuesday's meeting, she suggested to the Council that it forms a diversity, equity, and inclusion committee for the City. Macleod said it was his understanding Walker was expressing views of other community members Tuesday.

"It saddens me that there are still citizens in Auburn that feel the way Councilor Walker expressed. Ignorance does not excuse actions. We need to do better as a city; racism has no place in Auburn or ANY community," he added.

On Friday, Lewiston's mayor and city council issued a statement in response to Walker's comments.

"Councilor Walker’s comments were not only reckless and irresponsible but also divisive, especially at a time when the community needs unity. This was a call for remembrance but not acknowledging Councilor Walker’s words sets a dangerous precedent for populations of color," the statement read in part.

The statement went on to say the community must work together to "forge alliances that dismantle the ideals portrayed in the words spoken by Leroy Walker."