'At least that way people will not die': Bucksport town officials decide to vacate the Spring Fountain Motel

Nobody is allowed to live at the Spring Fountain Motel anymore. The owner has 30 days to bring workers to fix a list of problems, and 90 days to complete the work. 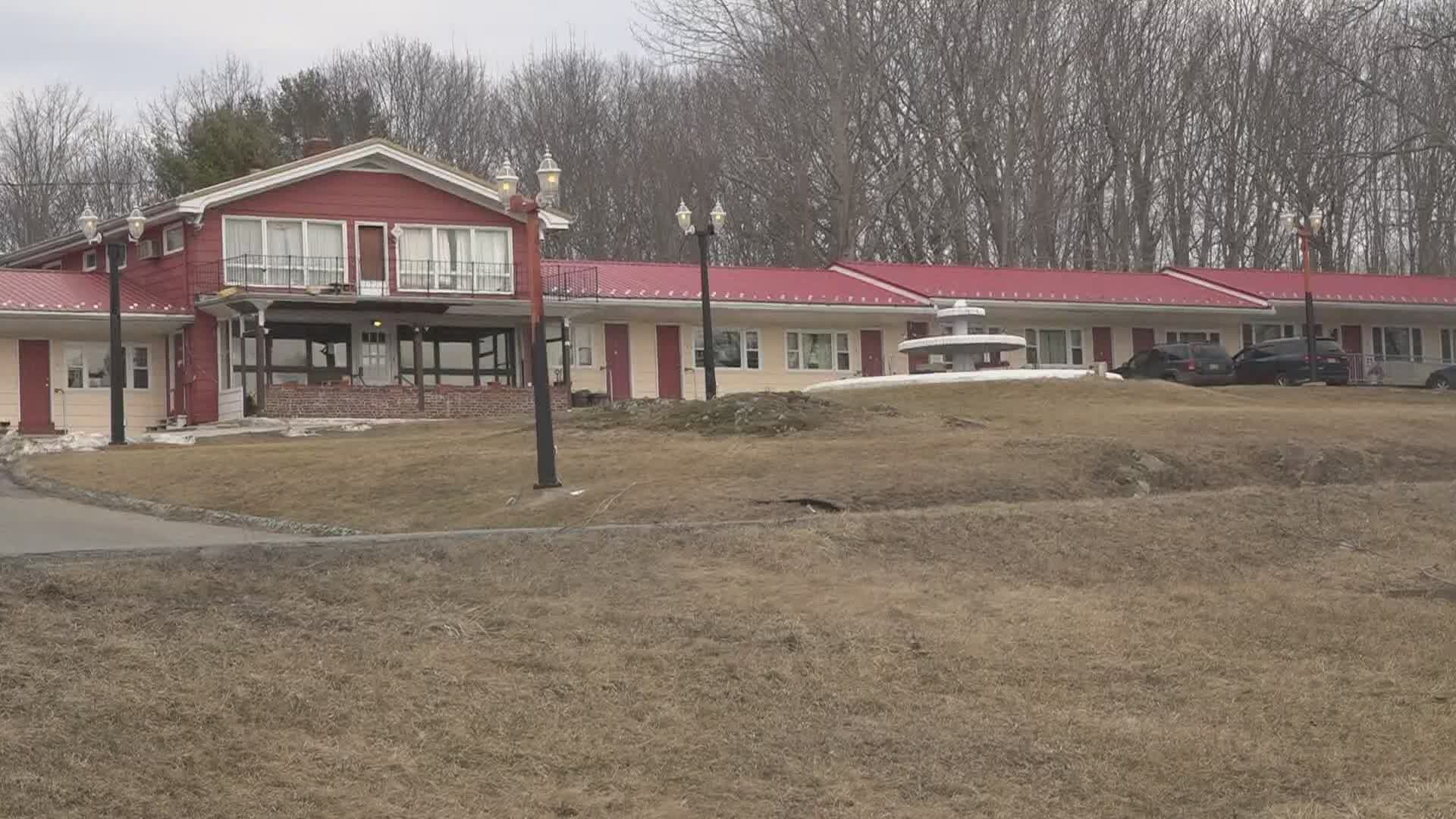 BUCKSPORT, Maine — The town council in Bucksport decided Thursday night to vacate the Spring Fountain Motel on Route One in Bucksport as it had consistently failed to meet code.

"We found that most of the rooms were beyond filthy, and many had mold and mildew, sometimes no piping at all underneath the sink, and they just had a bucket under there and the water just drained in the bucket and they dumped it in the tub when the bucket was full," said Luke Chiavelli, code enforcement officer for the town of Bucksport, after re-visiting the motel this past Wednesday.

The motel actually served as a long-term home to more than 40 families. But the town had been receiving complaints from tenants about not having electricity, heat, major electrical and sewer system problems, mildew and mold on the wall, falling ceilings, trash everywhere, no fire alarms in rooms, among other things.

Chiavelli said this is an issue that goes back to 2018 when the motel lost its operating license, and since, the owner has failed to keep the building up to code.

The town has given the owner a total 115 weeks to fix the problems and get the motel back to 'livable conditions.' The most recent notice was given in February, where they had two months to fix the issues found in the last round of safety inspections.

A meeting by Bucksport town councilors was held Thursday night to determine the fate of the motel and whether it is a 'dangerous building' as defined in Maine statute.

"It's clear that they have no intention of doing so. In the two-plus years since the original inspection, the conditions of the property have continued to deteriorate," said Chiavelli.

After every stakeholder spoke, Bucksport town officials decided the Fountain Inn Motel manager has two days to vacate and secure the building, 30 to start the work needed to be done, by hiring real plumbers, mechanics, electrical and heating workers. The owner and manager of the motel have a total of 90 days to bring the buildings back to code and address all the items on the list that needs to be fixed.

Chiavelli has the option to extend that new 90-day term if he actually sees that there are contractors fixing the problems and action from the management.

Chiavelli said he is satisfied with the result of the hearing, and is hopeful they will do the correct thing that needs to be done without people living there.

"At least this way if they don’t fix anything, people will not die," said Chiavelli.

HAPPENING NOW: Town officials in @BucksportME are meeting to decide whether the Spring Fountain Motel is a 'dangerous building' after consistently failing to meet code. The town gave owners two months to fix a list of problems. The decision tonight at 11 on @newscentermaine. pic.twitter.com/rdOLexM8qQ

Asad Khaqan is the owner of the Fountain Inn Motel, he lives in New Jersey and joined the conversation via phone call. He says he hasn't been to the motel in more than a year but his managers and other staff members have been working day and night to try and fix most problems. He added that most of his tenants were not able to pay rent on time or at all, so there is constantly a lack of funds to fix the big building problems.

"Whatever work needs to be done I'm happy to put effort in that and get people to work on those issues," said Khaqan.

If the building is not vacated in two days, or no repair work is done at the Spring fountain Motel, town officials in Bucksport can secure the building themselves.

"We found that most rooms are full of electrical issues that ranged from no power at all, or so old that the plugs just fall out...we found that most of the rooms were beyond filthy, many had mold and mildew," said Chiavelli. "We found ceilings falling down." #NEWSCENTERmaine