A 'tent city' proposal for the homeless in Bangor

The community member behind the idea told NEWS CENTER Maine he will rescind his proposal after learning more about the City of Bangor's land development permitting. 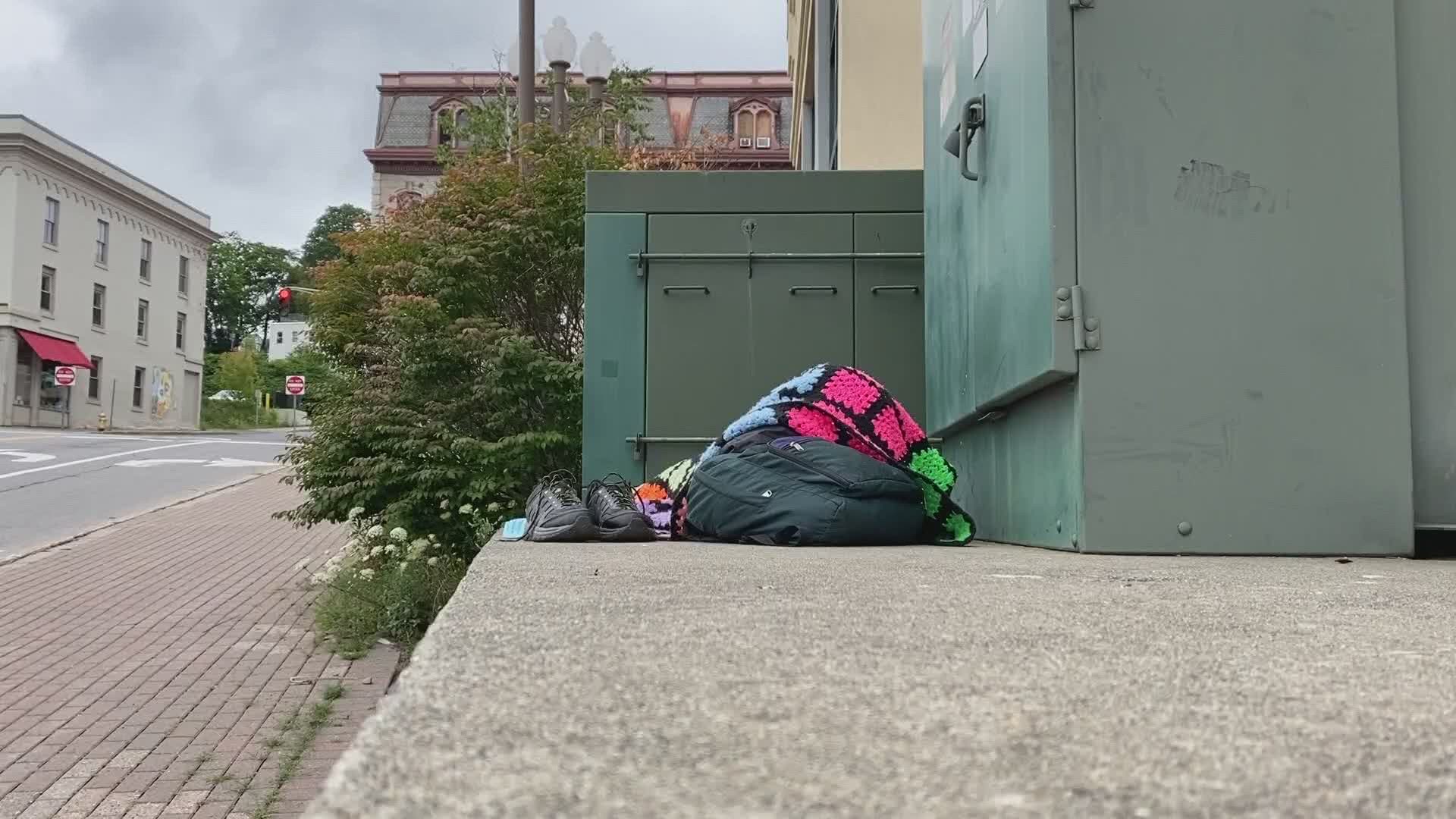 BANGOR, Maine — Kevin Loring used to be homeless. Now he lives in Bangor.

"Every year, we have these unofficial tent cities pop up and eventually the police have to move them along and volunteers have to clean up after them and every year this happens over and over," said Loring.

Loring along with other community members in Bangor are looking to address the homelessness crisis with a creative solution, a 'tent city.'

"We can provide a safe, secure and affordable low-cost solution for housing challenged Mainers," said Loring.

Loring has his eyes on 16 Everett Street in Bangor, a piece of land the city is selling.

"The City put a piece of property up for bid so I thought why not create a more permanent 'tent city' where we could manage the waste and set up bathrooms and kind of make sure that people are getting the safety that they should get," said Loring.

Loring thinks 20 tents will fit in that piece of land and just recently submitted a five-page proposal to City of Bangor officials to keep the land to help the homeless.

Loring's goal is to provide people a way to help them get back on their feet.

"Charging a small fee will help with the sense of responsibility, and a sense of working themselves back up into social re-integration, it also helps pay for the system itself, to keep it financially free," said Loring.

"And more and more we are seeing people come forward who like the idea, who want to see something happen," he said.

A neighbor down the street says the homeless need a place to go. She is not against the idea, but..."I just don't want drug addicts to go there and mess around. I don't want that happening, we have children around here," said Elizabeth Mayhew.

Boyd Kronholm is the executive director of the Bangor Area Homeless Shelter. He believes this idea will not be effective.

"I think there will be more issues with it, even though it's a great idea to look at, I think if you look around the country in some other places that did some of those things, you'll find that none of those took off and worked," said Kronholm.

Kronholm adds he knows the City of Bangor is working hard to find solutions for people dealing with homelessness and he hopes Loring's idea can generate more conversation.

"I was living in San Diego, I was homeless myself and bouncing from one church to the other, San Diego had a 'tent city' and at first it was ok then it got crowded," says Locke.

He explains crowded meant parties, drinking, drugs, and leaving a lot of trash behind.

"Children...is my biggest concern. There are people out on the street with kids, and there are people trying to stay under the radar that are pedophiles," says Locke.

"Anytime these encampments are there, once they get to be too big, crime seems to follow," said Kronholm.

But Loring sees the 'tent city' as a path to social re-integration for Bangor's homeless population.

"It should be done! We are good people and we take care of our own here in Maine," said Loring.

The Bangor Assistant City Solicitor Josh Saucier tells NEWS CENTER Maine there are some ordinances and zoning rules to follow.

"Tenting and camping areas are only allowed in certain locations," says Saucier.

According to Saucier, the Everett Street location is not one of them, it is considered an urban residential area.

"The allowed areas include areas off of certain major roads in the more outlying areas of the City," said Saucier.

The City of Bangor has received the 'tent city' proposal and says it will be discussed in due course.

"Whether it's in my hands or not, it should definitely happen," said Loring.

Loring tells NEWS CENTER Maine he just wanted to do something good and will rescind his proposal to the City of Bangor after learning more about the city's ordinances and zoning regulations.