Roughly 1500 gallons of water were needed to make Todd Kindler's rainbow igloo and he's still building with no end plan in sight. 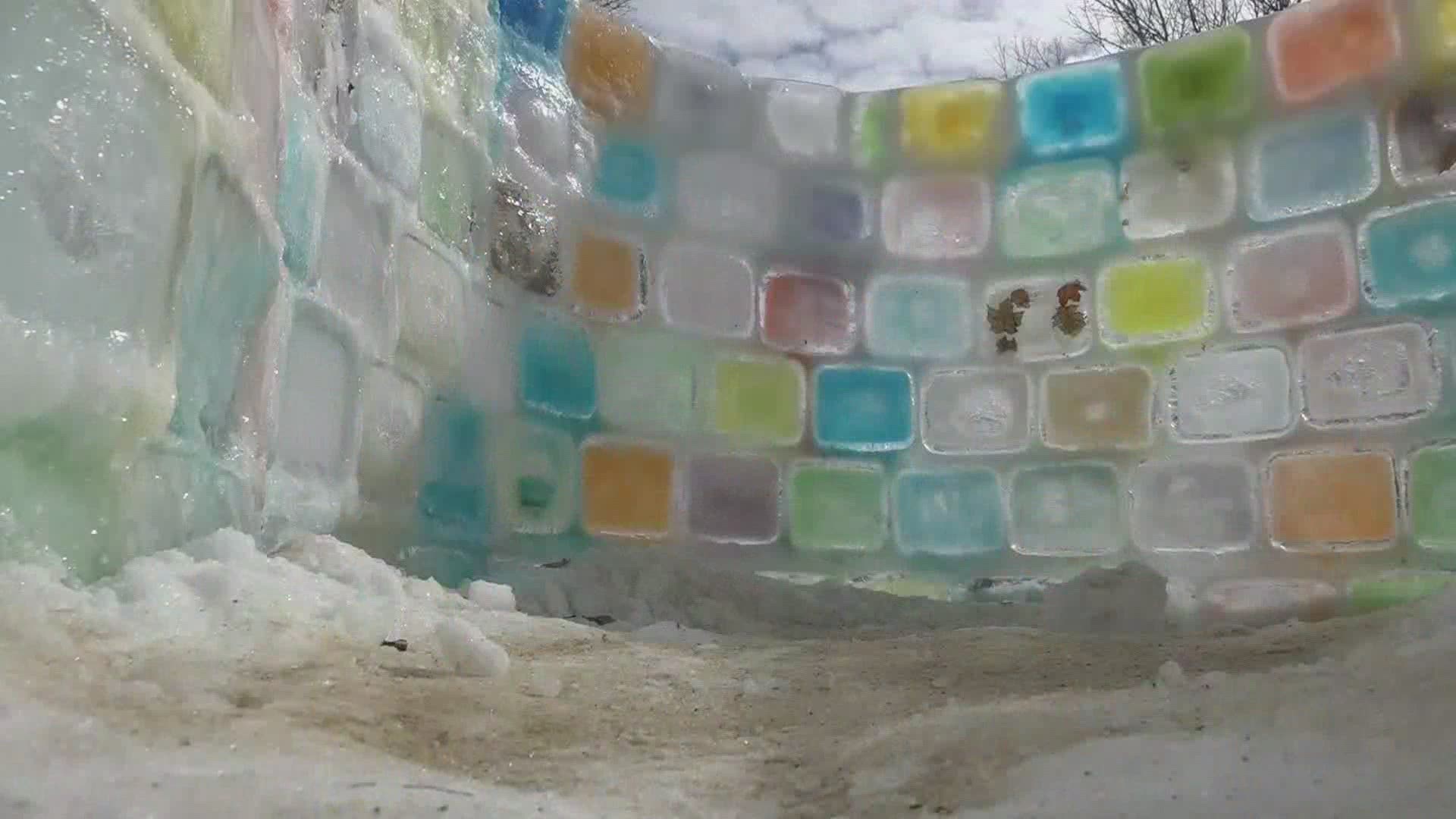 OLD TOWN, Maine — Todd Kindler and his family moved to Old Town last year. As a lifelong Mainer, Kindler knows the close-knit community aspect of this state, but he was reminded of it when he met his new neighbors.

When his kids, ages one and three, made a snowman in the front yard this winter, a neighbor taped a thank you note on the Kindler's recycling bin.

The note read "Thank you for giving me a daily smile!" Naturally, it was Kindler's turn to get into winter architect mode.

Saturday marks one week since the igloo project began. Kindler admitted he's never built an igloo before although now he might have just created an annual family tradition.

As of now, the igloo is made up of 1500 gallons of water. Kindler freezes the water in buckets outside rather than taking up space in the freezer. It's easy to imagine that Kindler uses food coloring to add the vibrant flare of this igloo. Some blocks of ice have a few drops and others have 15.

Kindler's creation has been enjoyed by more than just neighbors. His posts on Reddit have given this outdoor activity popularity Kindler did not expect.

While some folks on the internet are curious to see if he builds a roof or not, Kindler is just happy to enjoy the igloo with his kids. Even at 6'10", the igloo is big enough for him to sit inside and roast some marshmallows with the two little ones and their dog Jake.