'I want him to come home': Coast Guard continues search for 4 Maine fishermen after vessel sinks off Massachusetts 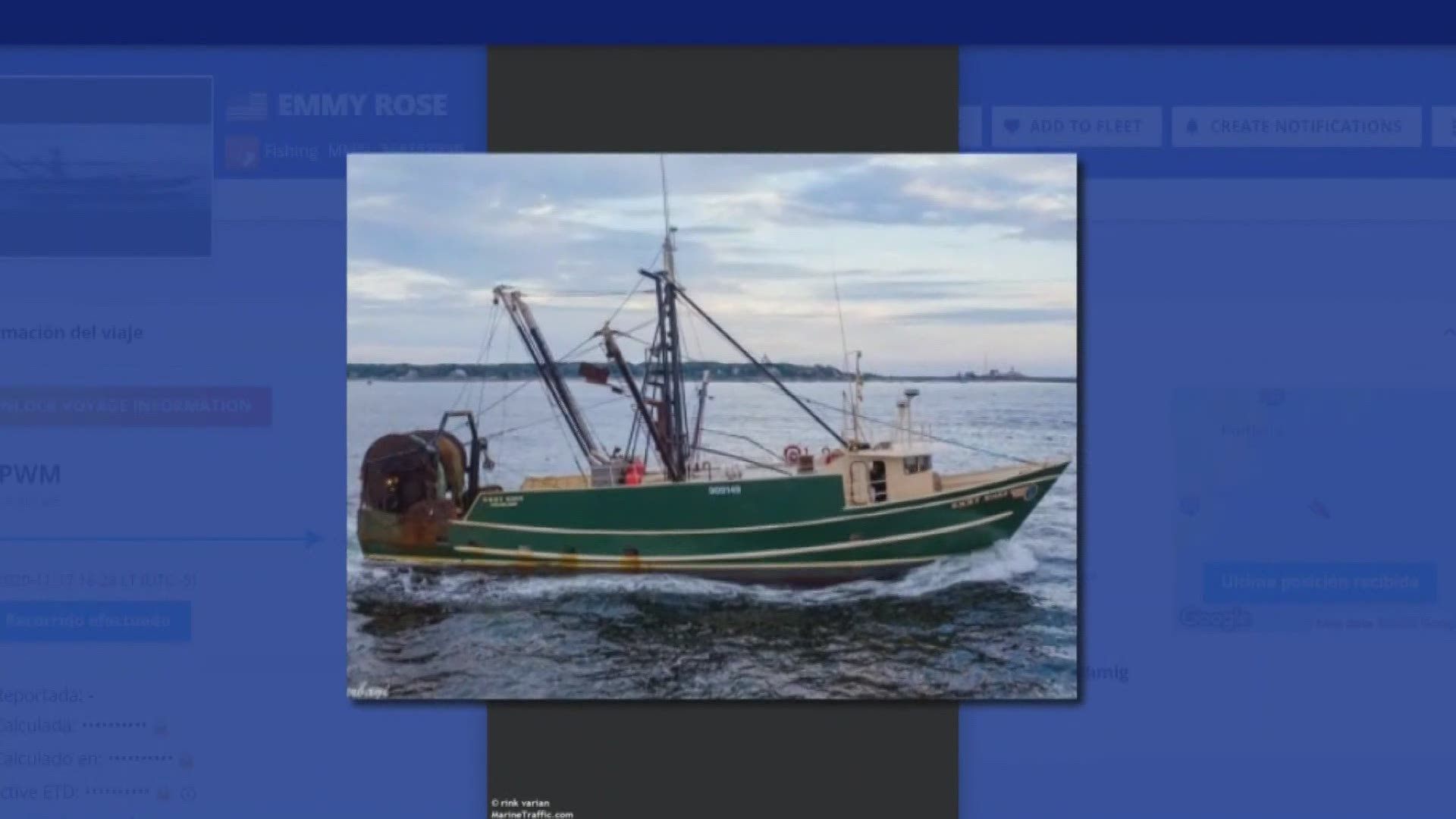 The search is underway about 20 miles northeast of Provincetown, MA, for the 82-foot boat named Emmy Rose.

All four fishermen are from Maine, according to the boat's owner, Rink Varian.

Varian did not wish to do an interview, but told NEWS CENTER Maine his "thoughts and prayers are with the families."

The Coast Guard was alerted to a problem by an emergency radio beacon that goes off when wet. That beacon was triggered around 1 a.m at the First District Coast Guard Command Center in Boston.

Searching are crews from:

Around 11:45 a.m. Tuesday, the Coast Guard provided the following update via Twitter:

Over the last 32 hours, we have searched approximately 1,500 square miles. The search continues with #USCG Cutter Vigorous and Air Station Cape Cod crews for the four missing fishermen. pic.twitter.com/wewbLWx5tz

Family members of one of the crew members, Jeff Matthews, told NEWS CENTER Maine the vessel left Portland last week to fish haddock in the Gulf of Maine.

"I just fell to the ground. I didn't want to believe it," Matthew's daughter Reyann said about hearing the news.

She said that last she heard the crew was doing some welding on the boat as it was taking on water.

Reyann Matthews and her cousin, Dana Matthews, were both emotional as they met with family members and friend on the Portland Fish Pier Monday afternoon. They said they refuse to give up hope.

"I just know if he's out there," Reyann Matthews said. "He won't give up."

Coast Guard officials have not yet confirmed the identities of all the missing fishermen.

Crews continued to search through the night and into Tuesday.

"I want him to come home to us and just don't want the Coast Guard to stop looking," Reyann Matthews said.

CGC Vigorous (pictured), Key Largo and aircraft continue their search. Vigorous will remain on scene throughout the night. pic.twitter.com/IqLk7Iri6n

Family members of one of the fishermen tell me they are terrified, but they are not giving up hope. #NEWSCENTERmaine pic.twitter.com/63DlofocJu

As of 9 a.m. Monday, NEWS CENTER Maine's Ryan Breton said the temperatures in the waters off Provincetown are in the low 50s. According to the Coast Guard, the weather on scene is 30-knot winds with 6-to-8-foot seas.

Our thoughts are with the families of those on the Emmy Rose and we hope for their safe return.@PressHerald https://t.co/tI4BMFcrpj

NEWS CENTER Maine will continue to update this story