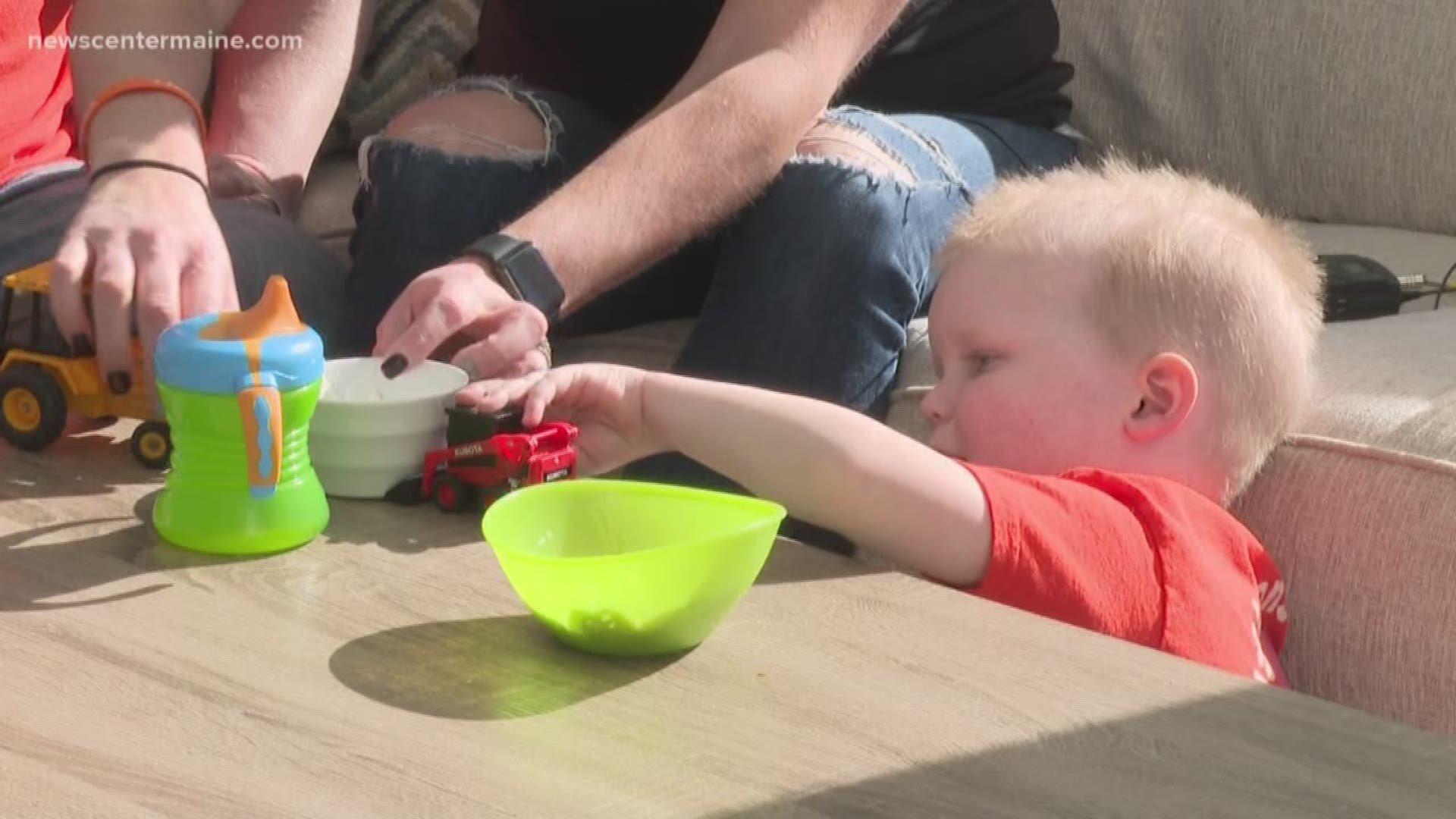 BUXTON, Maine — A night out at a wedding has changed the lives of Beth and Matthew Corbeau. Their son Jackson fell ill and a family member drove him to an urgent care clinic. They were under the assumption the diagnosis of an ear infection would wear off, but after a couple of days, it never did. Another doctor advised them to head to the emergency room and on October 10, 2018, the tests came back with Jackson Corbeau's acute lymphoblastic leukemia diagnosis.

“I vividly remember the moment," said Beth Corbeau, Jackson's mother. "It was like the rest of the room got extremely dark and felt extremely small. I remember her introducing herself and saying the word leukemia and I don’t remember anything after that.”

Jackson's diagnosis comes with a three-year uphill battle, according to his doctors. However, they say acute lymphoblastic leukemia has a 95-99 percent cure rate.

"You never want to hear that about your child," said Matthew Corbeau, Jackson's father. "There is just nothing that he can control or nothing he can do about it. I just wish I can have it instead of him.”

Most children carry with them a blanket or stuffed animal, a sentimental object, to typically get them through the frightening times. For Jackson, it's a pink penguin his father bought him at the New England Aquarium. It is by his side during every treatment.

The pink penguin is now the symbol of a new non-profit foundation honoring Jackson. Waddle for a Cure is waiting to become a tax-exempt 501 (c) organization to help other families pay for travel or other expenses during cancer treatment trips.

Another penguin was gifted to Jackson from the family on Jacob Thompson. It was nine-year-old Jacob's personal pocket penguin that Jackson has in his room. Jackson says he "loves" Jacob. In October of 2017, Jacob lost his battle to leukemia.

When Jackson was diagnosed, his platelets and his red blood cell count were too low for him to undergo a procedure. He was transfused several times before the levels were high enough where he could be placed under anesthesia. His parents didn't realize the importance of donating blood until their son started treatment.

March is Red Cross month. NEWS CENTER Maine is hosting its second annual Red Cross Blood drive is on March 27. It will be in Portland, Bangor, Waterville, Rockland, and Lewiston. For information on how to register, click here.