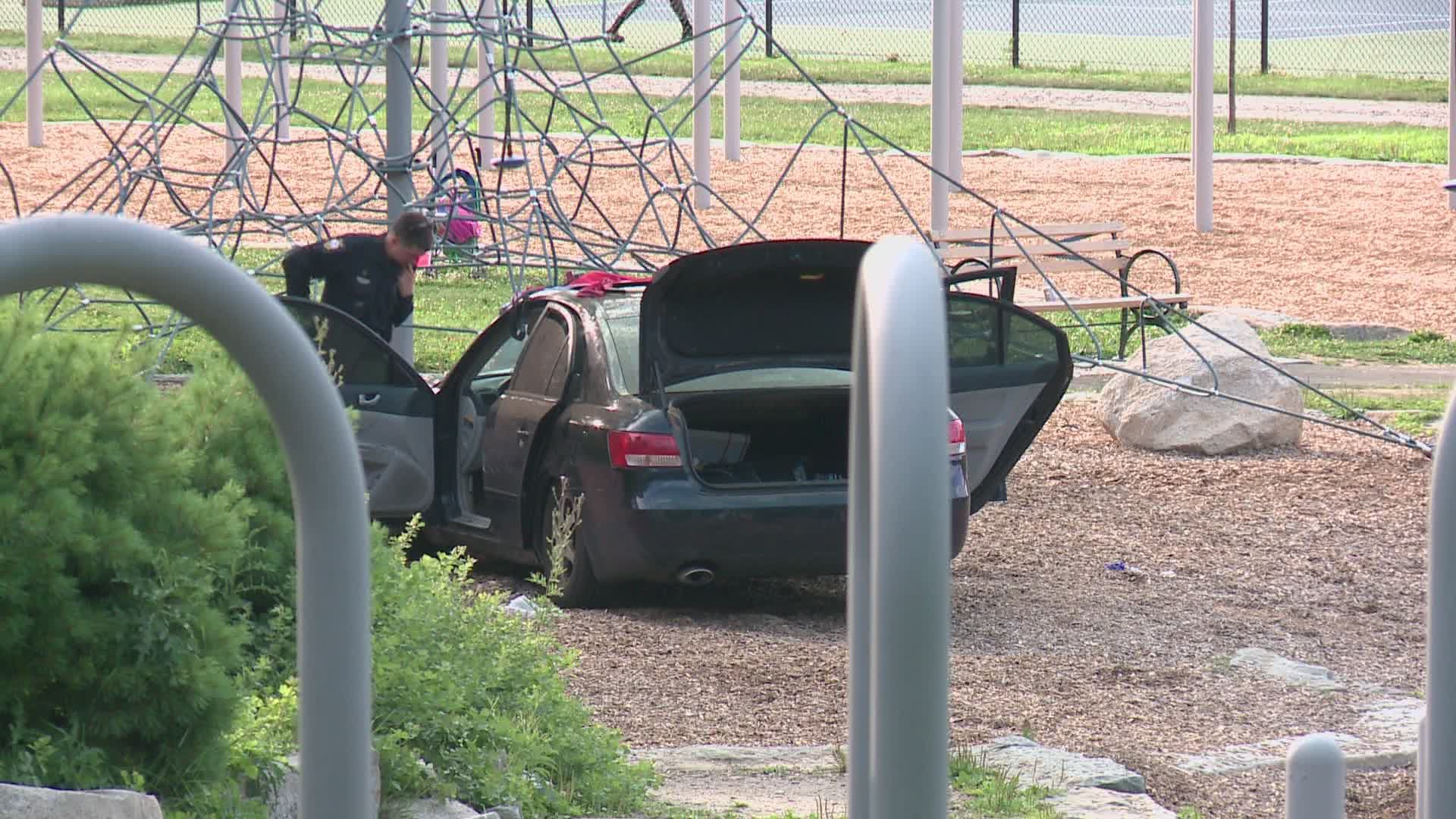 PORTLAND, Maine — One elderly man suffered serious, but non-life-threatening, injuries after a car drove into the stands at a baseball field before coming to a stop in a playground in Portland's Deering Oaks Park, according to the Portland Police Department.

It happened at 5:25 p.m. Sunday. Portland Police Lieutenant Dan Hondo says the driver of the vehicle was arrested at the scene on suspicion of operating while under the influence.

A witness at the field says there was a U14 baseball doubleheader game underway, with parents sitting around the outskirts of the field watching the second game.

"A woman came running through yelling, 'Get out of the way, get out of the way,'" said Barbara, from Portsmouth, New Hampshire. "I heard a rumble... then I saw this black car just come screaming through, hit the bleachers where there were two gentlemen sitting."

Barbara says she saw the elderly man fly through the air after impact. He was transported to Maine Medical Center in Portland.

A police trooper in the stands instructed parents and players to move out of the way, according to the witness.

The car ended up in a nearby playground where it reportedly damaged park equipment but did not hit any children playing at the time.

Police are investigating the incident and plan on releasing more information about the driver Monday.