Police commended the couple for using 'restraint' when a man broke into their home. 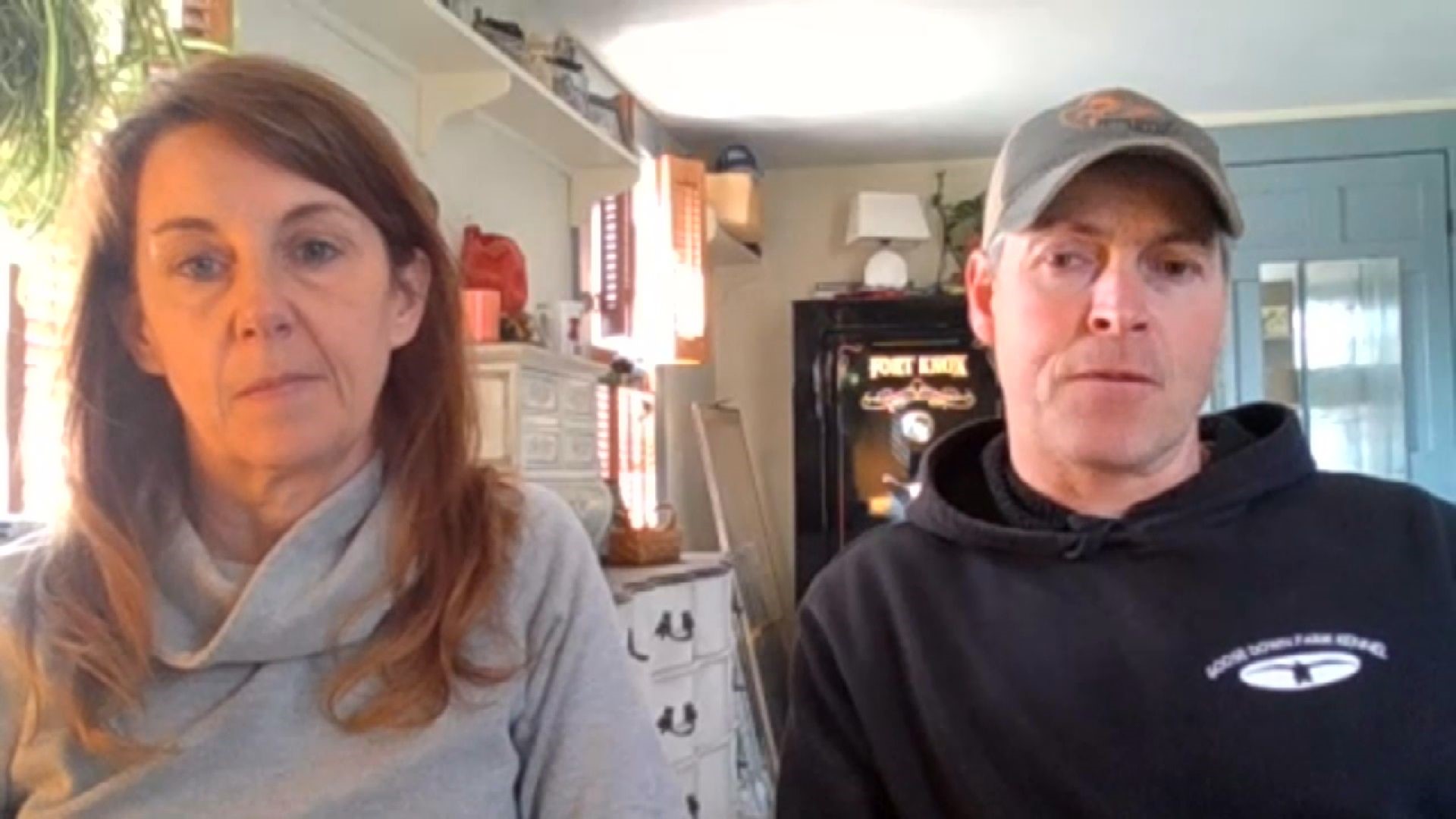 BUXTON, Maine — Eric and Missy Bartlett woke up to their dogs' barks that Saturday night and instantly knew something was wrong.

"It was nerve-racking obviously. It was 3 o'clock in the morning. You don't expect that," Eric Bartlett said.

The couple, both certified Maine Guides and avid hunters, jumped into action. Missy dialed 911 as Eric grabbed his flashlight and gun and headed downstairs.

"I was on the phone with dispatch when I heard the banging,” Missy said.

That bang was the intruder barging in through the front door of their house. Eric said that is when he confronted the man in their dining room.

He said he immediately blinded him with a flashlight and forced him at gunpoint into a nearby bathroom. Eric never fired a shot.

"That's a tough spot to make a good decision,” Eric said. “I don't know if this guy has family or if it's just a bad experience but it's in my house.”

The incident happened amid the coronavirus pandemic as statistics reveal a spike in gun sales nationwide.

"We also know there's been a significant spike in background checks here in Maine,” Geoff Bickford with the Maine Gun Safety Coalition said.

“In the age of quarantine our message of gun safety is now more important that ever because not only do we have spike in sale of fire arms, but now you have kids home all day," Bickford said.

With more gun sales, Bickford hopes to remind people about the importance of using gun locks and gun safes, especially for parents.

Eric Bartlett
Feeling very thankful today! Last night at 3:30am a man broke into Missy and I's house. Long story short is I blinded him with a high intensity flash light and saw he was unarmed but could tell he...

Their message: gun or not, be prepared.

"We didn't want the attention brought in, but we wanted to provide awareness to our community and others,” Missy said.

By state law, Eric could have fired his weapon, but he said he is glad he did not have to.

Police say Joseph Harmon, 48, of Buxton was arrested and faces multiple charges, including burglary, criminal mischief, refusing to submit to arrest, and theft by unauthorized use.

RELATED: Tokyo Olympics, IOC clash over who pays for postponement

RELATED: IRS: Deadline is Wednesday for some tax payers to receive $500 per dependent on stimulus check