There are many issues in Maine where labor and business disagree, including the current debate in the Legislature over mandatory sick pay for workers at businesses with five or more employees. 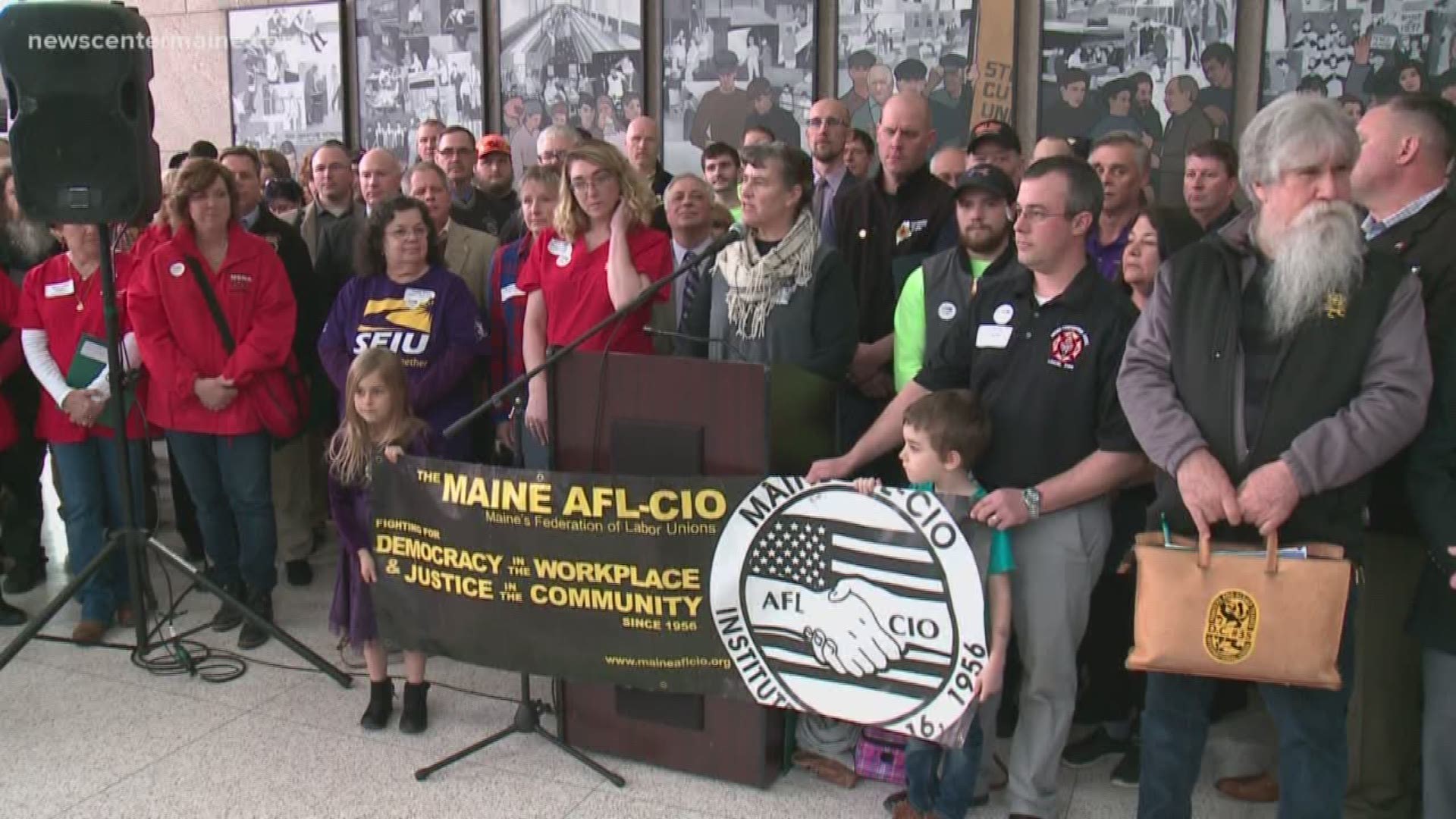 AUGUSTA, Maine — In Augusta, some of the toughest arguments often pit business and labor against each other.

Both sides were out in force Thursday, hoping to make friends with the Legislature.

In the Hall of Flags outside the Governor’s office, it was Business Day, as some of Maine’s top businesses met lawmakers and talked about what they hope to see from state government. One floor above, it was Labor Lobby Day, as members of fifty unions worked the halls outside the House and Senate to share their own messages.

With Democrats now in control of the State House, the unions say they’re getting a friendlier reception than they’ve had for a few years.

"I think its going to be easier because we have more people elected this term who understand what working people need and want policy-wise," said Cynthia Phinney, President of the Maine AFL-CIO. "But there’s still a lot of discussion to be had."

Business leaders say they’re hoping to find agreement on key issues to make progress. Dana Connors of the Maine State Chamber of Commerce says they want to focus on some common issues.

"Rarely have I seen the business community, the administration and leadership united around two priorities," said Connors. "They are workforce, and they are broadband. That message got through."

He added that all sides are united on taking action on those issues.

There are, however, many other issues where labor and business disagree, including the current debate in the Legislature over mandatory sick pay for workers at businesses with five or more employees. That sick pay issue is currently the focus of negotiations between Democratic leaders and Republicans in the Senate.