Myles Silverman is a force to be reckoned with on the collegiate snowboard scene. The back-to-back champ is hoping to show the world what he can do without sacrificing his studies. 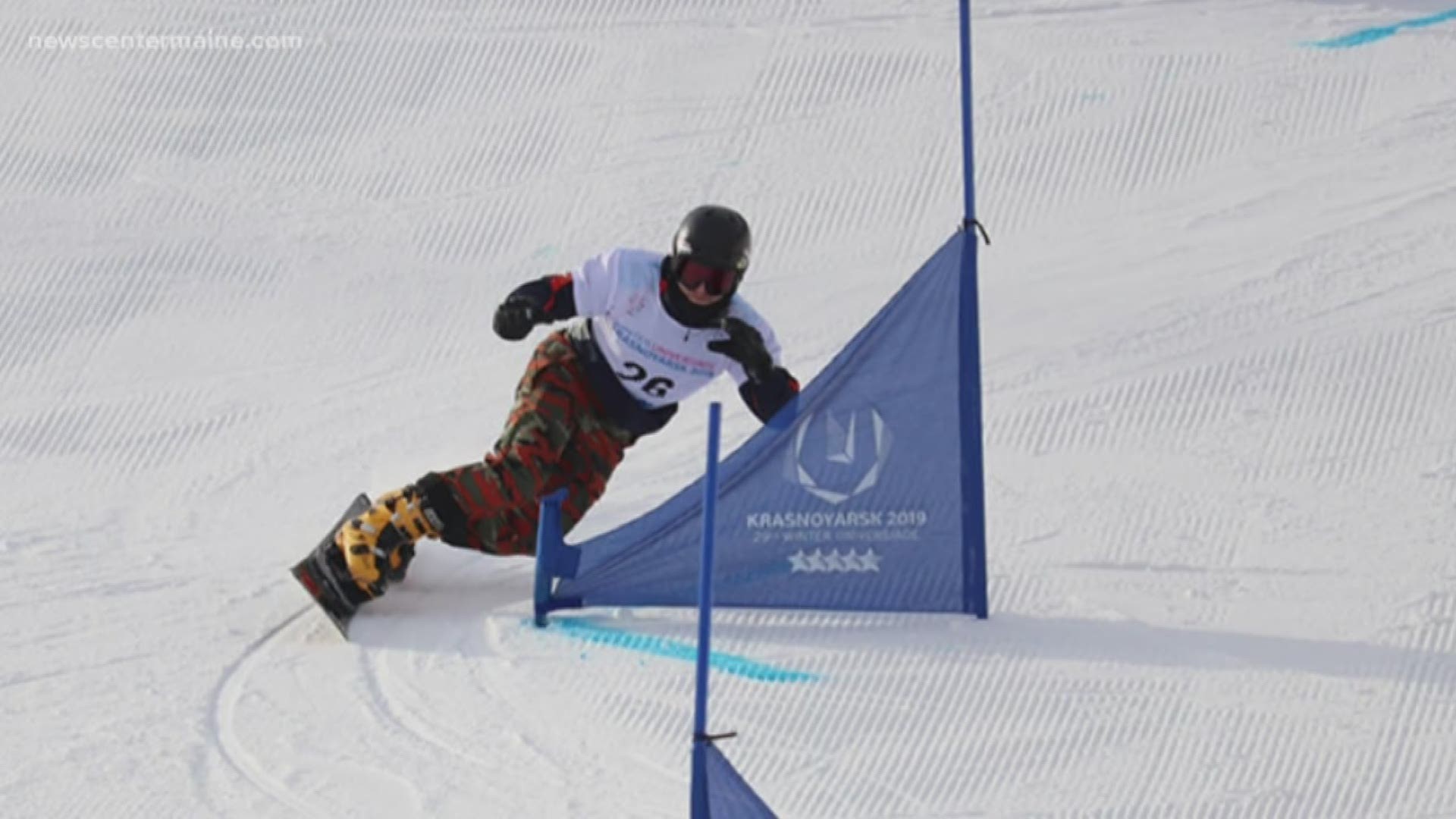 BRUNSWICK, Maine — Many college kids spent spring break on a beach. Myles Silverman spent his in Jackson Hole, Wyoming. He was soaking up the sun on the slopes, getting the glow that comes along with winning. Silverman repeated as slalom and giant slalom champion at the 2019 USCSA snowboarding nationals.

The 21-year-old' snowboard journey started in Carrabasett Valley, where he watched Olympic gold medalist Seth Wescott tear up the terrain at Sugarloaf.

"We got to go go see him at the Olympics and I got to see what the level is like and just how big of a deal it was," says Silverman. "I think that really added on to my dream."

That dream has taken him all over the globe to places like the world university games in Russia, where he made the finals in both parallel slalom and parallel giant slalom.

Making it to the Olympics the ultimate goal, but his college degree comes first.

Silverman is a junior at Hobart. His studies can keep him off the snow for long periods of time

"In Russia, it was my first competition in a year," says Silverman.

But his school is supportive, and so are his friends and family. They believe he has a shot at the 2022 games, even if he doesn't get out here as much as he'd like to.

"I definitely believe that I can," Silverman says. "I can really put myself to do anything that I believe in. No matter what happens, I've had a great time, but there is still a lot to come."