Browntail moth about to wreak havoc

An invasive species that has been in Maine for more than 100 years is rearing its ugly head. It will cause rashes and breathing problems in people, as it defoliates a big part of Maine 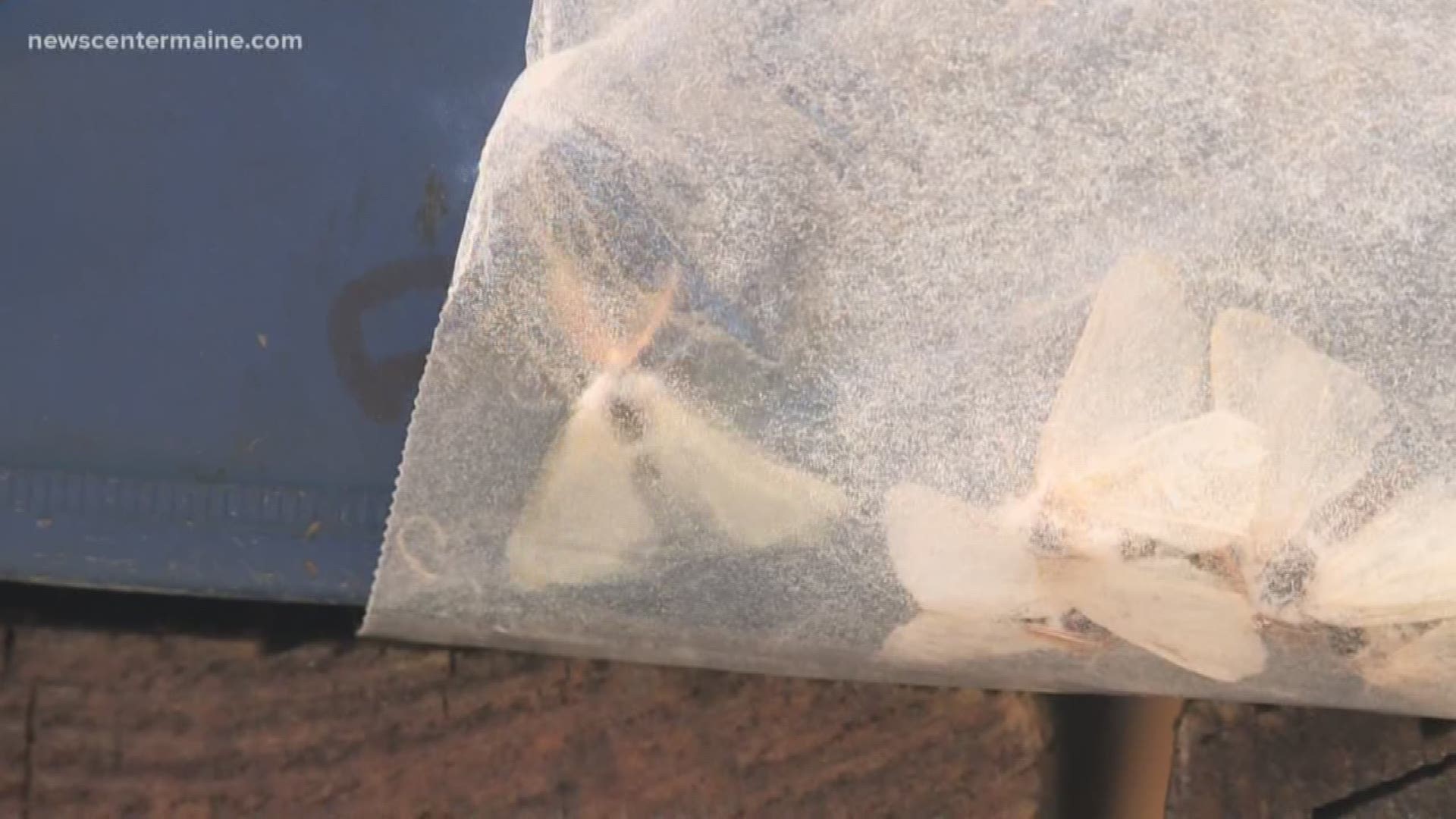 AUGUSTA, Maine — An invasive species known as the Browntail Moth is about to cause some big problems in the State of Maine. Browntails can cause rashes and breathing difficulties among some people.

"They have a physical irritant because the hairs have barbs in them, and they have a toxin, a chemical irritant that can cause dermatitis," said Allison Kanoti, who serves as Maine's Entomologist. "It can cause breathing difficulties in people who have already have compromised breathing and other issues as well."

The Browntail Moth was accidentally introduced to Maine in the 1890's. It proliferated as far north as Houlton in the 1920s before falling back into a pocket along the coast.  After flaring up twenty years ago, it is reemerging.

Last year, it defoliated more than 125-thousand acres in Maine. That's an area more than half as large as Baxter State Park. This year, it is expected to be even worse.

People who spot the white webs, which look like withered leaves at the tops of trees, are encouraged to destroy them. The state has a website that offers more information.

RELATED: What to do about Browntail Moth infestations