Broadband or bust: Why poor access to high-speed internet is leaving Maine in the dust

When it comes to internet speeds and accessibility, Maine is among the lowest ranked in the country; something lawmakers say is holding the state's economy and retention rate back. 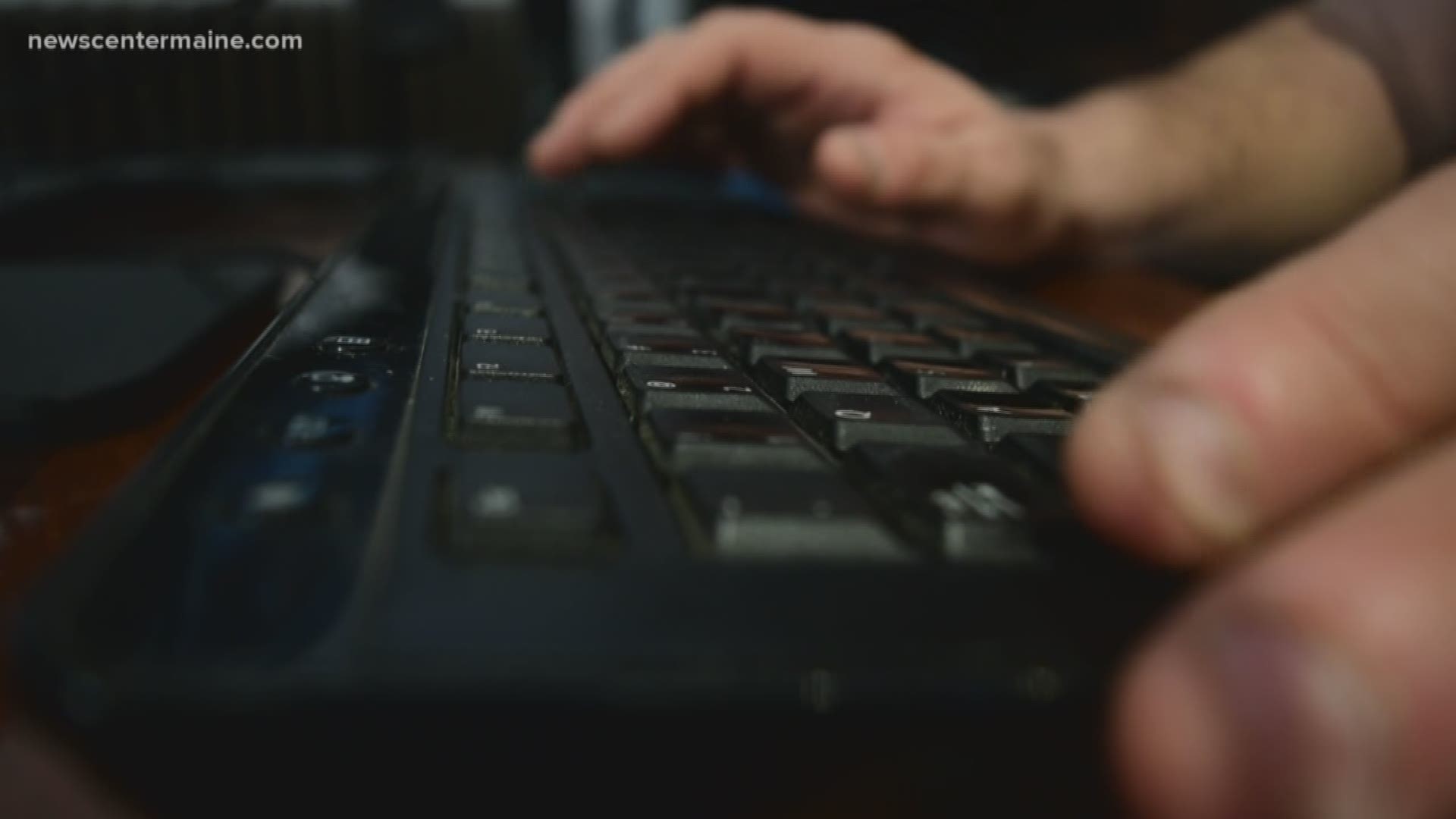 MAINE, USA — In the stillness of downtown Millinocket lie businesses bustling with potential.

Smack dab in the middle are entrepreneurs John Hafford and Jessica Masse. The Aroostook County natives own designlab, a graphic design, and marketing firm. They lived and worked away but came home to Maine for a reason many will relate to.

"We spent some time outside of the state but as we got older and wanted to start a family, we wanted to make sure we had our roots here in Maine," Masse said.

They were able to make that work for one reason and one reason only, access to high-speed internet.

"We definitely consider ourselves part of the digital economy because the majority of the work that we do we do online," Masse said.

Since opening its doors in 2004, designlab has tripled in size. Masse says 2018 was their most successful year to date. However, getting there happened at dial-up speeds, literally.

"There was that real limitation of being in the digital sphere but having dial-up," Masse said. "It was a real challenge for him to send files to communicate with clients with that kind of Internet connection."

Masse says even after upgrading to DSL the speeds were so slow it was almost impossible to do business in an efficient way. So they came up with their own solution.

"We would put the video onto a portable hard drive, bring it over to Cyr bus line at the Irving station and put it on the bus," Masse said laughing. "Give the bus driver $10 and say give this to Eric in Presque Isle."

You read right, the files were so big that it was faster for them to send their clients files by bus then wait for them to upload and send via email.

"God forbid there was some kind of error because in the process would have to start all over again," Masse said.

All of that changed in 2016 when the pair decided it was time to invest in Maine's broadband infrastructure, better known as the three-ring binder. The internet superhighway is named for the three rings of fiber-optic networks that circle through rural western, eastern and northern Maine.

The binder was completed back in 2012, becoming the foundation for high-speed internet access. The hope? Attracting businesses to the state and bringing better access to rural communities.

"It's phenomenal how quickly our business has evolved since getting broadband," Masse said.

However, just 10 miles down the road at the New England Outdoor Center is a very different story.

"We have a few guests that show up and say thank god my phone doesn't work and thank God I can't get online but they're an exception." Matt Polstein said. Polstein is the center's president.

He says with no direct access to the three-ring binder, the cost to get connected is upwards of $100,000. So instead, they opted into an alternative method.

"We currently operate with wireless Internet from a tower on a ridge behind us that is beamed right straight into our building," Polstein said. "When it works it works well and when it doesn't work it doesn't work at all."

If the signal goes down the business goes off the grid because every key part of the center, like its phone system and the system that processes transactions, stops working entirely.

Which is exactly what happened just days before this interview.

"The alternative really isn't inadequate for where we are or where we want to grow to be," Polstein said. "It's a real economic development issue for this area, people make choices about where to go based on their ability to communicate and we are on the wrong side of the digital divide right now."

It's not just the Katahdin region that is struggling to get connected; much of rural Maine and even in some urban areas are struggling as well and Maine lawmakers know it.

"It's a real issue for Maine and it's a huge economic issue." Maine Independent Senator Angus King said.

Senator Angus King is among a handful of other U.S. Senators that created the Rural Broadband Caucus, which is a group leading the national effort to expand access to high-quality internet.

He says without it, developing an economy in today's world is nearly impossible. In order for Maine to become more competitive it needs to step up its digital age game. Especially since it would open doors for people to work from home.

He gave an example involving Amazon, saying the company may not want to build a big building in the state, but it might want to hire a couple hundred people across Maine and have the ability to telecommute.

It's that education piece that state officials believe is holding the state back. They don't think Mainers understand the value broadband can bring to their lives. From employment opportunities, to keeping loved ones in their home longer using tele-medicine -- where the patient can use technology to receive care right from their home.

"How do we help people use it?" Maine Commissioner of Economic Development Heather Johnson said.

Johnson is working on answering that question.

"Rolling out the infrastructure is just one piece," Johnson said. "It's really about how you use it, not does it exist."

She says Governor Janet Mills has made broadband infrastructure a huge priority for the state. Including a 5-year plan that would expand access throughout the entire state.

"It’s right at the top of the list it’s a huge priority for economic development." Governor Janet Mills said.

Mills says she is already looking into ways to pay for the infrastructure to get more people connected. As far as getting it installed, she says there's an easy way to make sure it gets done. Incorporating the job into public works projects that entail digging up roadways.

"Lay fiber while you’re doing that or another project, it’s cheaper, it’s barely any cost at all at that point so let’s do that and get fiber in as many places as possible," Mills said. "This is part of any good economic development programs for any community any state."

Hearing that is a breath of fresh air for people like Masse and Polstein, who say the sooner Mainers catch on to the importance of quality internet, the faster Maine will make it on the 21st century map.