Fire crews responded to a boat fire at Spring Point Marina in South Portland on Saturday evening, July 31. It's unclear how the fire started. 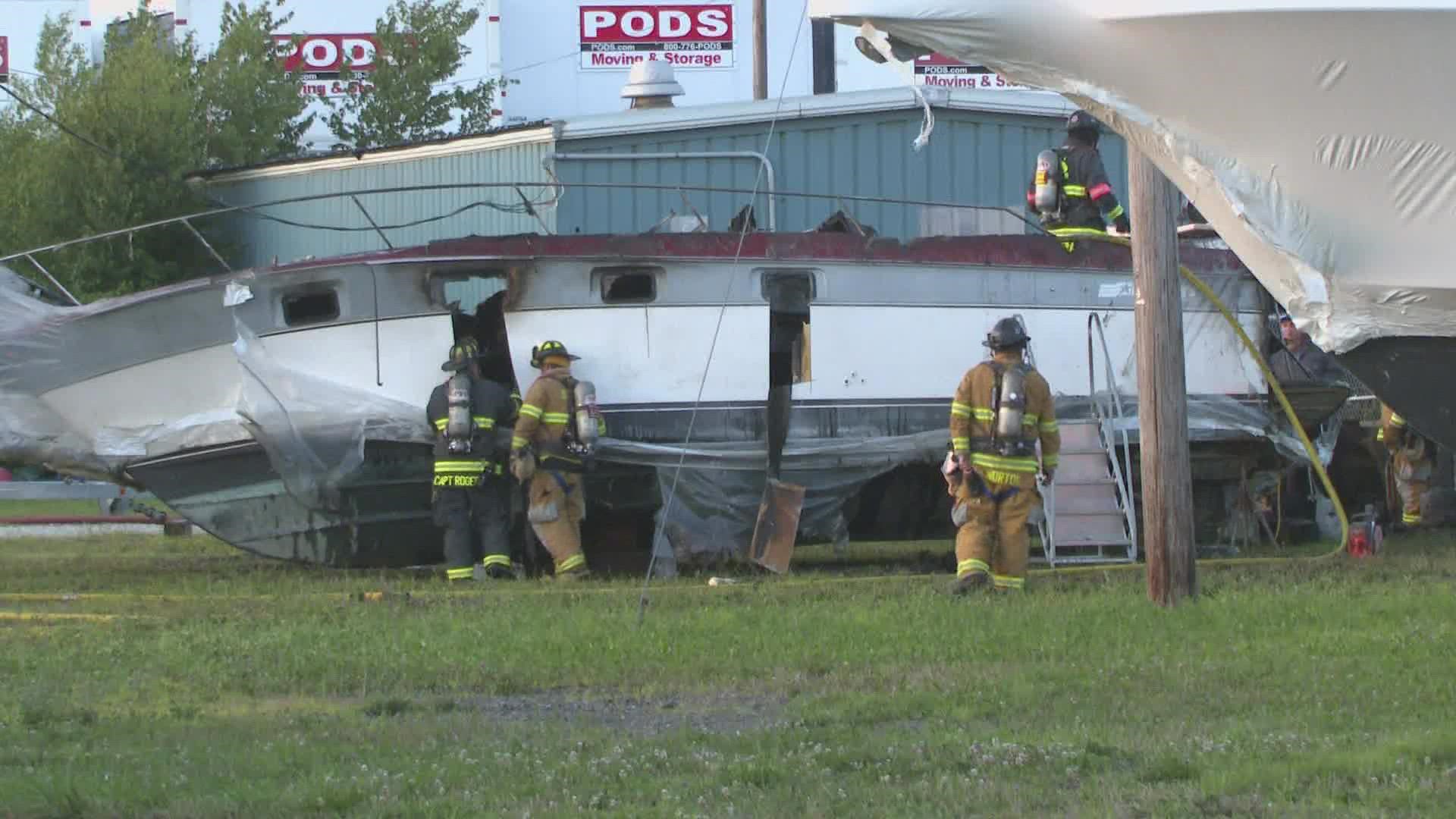 SOUTH PORTLAND, Maine — A boat fire at a marina in South Portland is under investigation. On Saturday evening, July 31, firefighters with the South Portland Fire Department responded to the sight of black smoke billowing over town.

South Portland’s Deputy Fire Chief Christopher Copp says, "At about the same time we were receiving multiple calls about a fire in the area, the crew at the central fire station noticed the column of black smoke and we were already moving towards the trucks before we even got those calls."

"On arrival, we discovered that we had a boat that was in storage that had been wrapped and it was fully involved upon arrival. Crews worked really quickly to get in knocked down and keep it to that one boat, and keep it from spreading to the next boat over and the building behind it."

Copp says, "There was a little bit of concern about explosions that were taking place due to some propane cylinders that were on the vessel and we did have multiple explosions when we arrived on scene."

The fire was contained to just one boat, and the cause of the fire is still under investigation.

The owner of the boat was on the boat when the fire started, according to Copp. No one was injured. The boat is a total loss.

Happening Now: If you’re wondering what all the smoke coming from South Portland was — fire crews are wrapping up a scene on Breakwater Drive. It appears one boat, on land, caught on fire. Third photo: David Chandler. pic.twitter.com/XpjdgcxVu9

South Portland’s Deputy Fire Chief Christopher Copp explains what happened. No injuries, the fire was contained to just the one boat, the cause is still under investigation pic.twitter.com/FT0VMiiYSZ