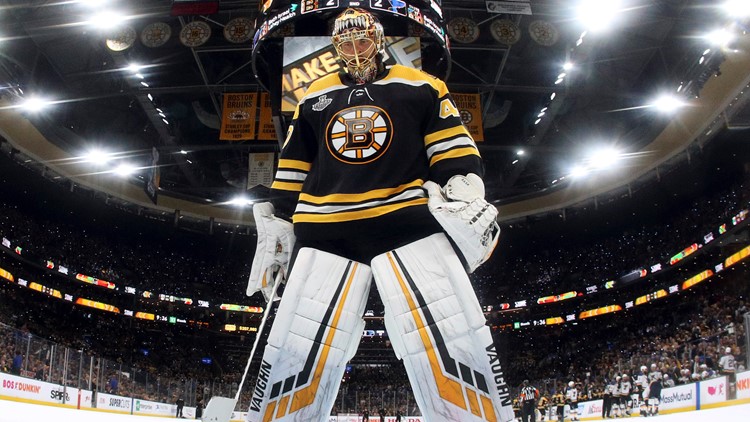 Photo by: AP
Boston Bruins goaltender Tuukka Rask, of Finland, skates into position in front of the net during the second period in Game 2 of the NHL hockey Stanley Cup Final against the St. Louis Blues, Wednesday, May 29, 2019, in Boston. (Bruce Bennett/Pool via AP)

He blasted a shot past Boston goaltender Tuukka Rask with 3:51 gone in overtime to give the Blues a 3-2 win over Boston. The series is tied at 1-1 with Game 3 in St. Louis coming up on Saturday night.

It's the first Cup Final win in franchise history for the Blues, who were swept in each of their three consecutive appearances from 1968-1970.

This was another resilient showing for the Blues, who coughed up a two-goal lead and put only 20 shots on net in a flat 4-2 loss in Game 1.

All four regulation goals came in the first period. Defensive-minded defenseman Robert Bortuzzo scored his second of the playoffs and Vladimir Tarasenko added his 10th to show St. Louis would have a response after a strong start by the Bruins.