Blueberry growers won't get federal aid to compensate for tariffs

The industry may be having a harder time handling the collapse of sales to China, because that country imposed a 70% tariff on blueberries. 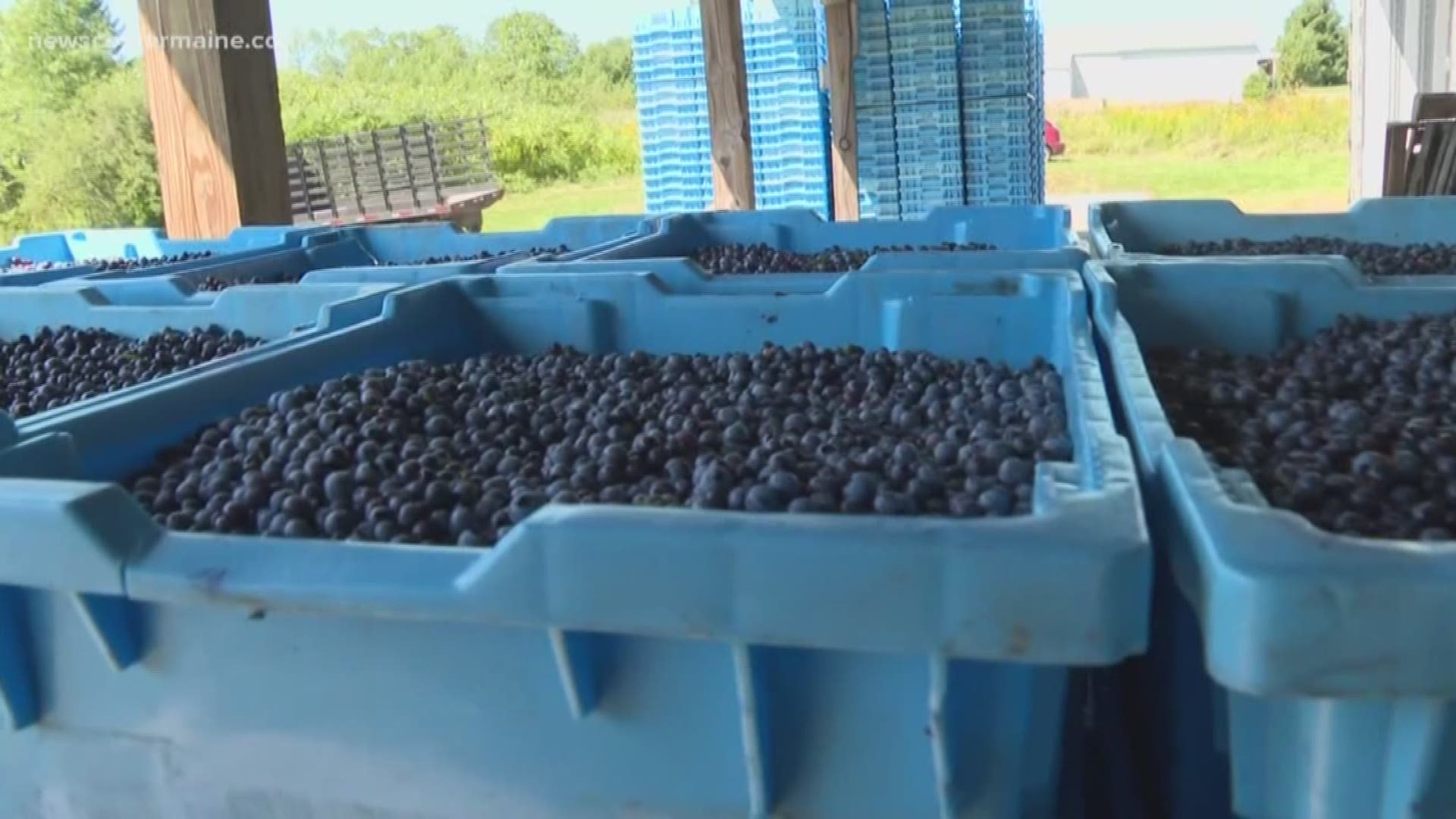 That star treatment may come at a good time for area blueberry growers, who are just wrapping up the year’s harvest.

“My crop is good,” says longtime grower Paul Sweetland, owner of Coastal Blueberry Services, though he says some others growers had a harder time with the cold and wet spring weather. And a grower in Hope says his whole crop was ruined by hail just a few weeks before harvest.

Maine’s wild blueberry growers and workers are used to coping with those sorts of problems and uncertainties. The industry may be having a harder time handling the collapse of sales to China, because that country imposed a 70% tariff on blueberries in retaliation for the Trump Administration’s tariff moves targeting China.

The Maine Department of Agriculture, Conservation and Forestry had asked for Maine wild blueberries to be included in a new USDA program called Market Facilitation, designed to compensate farmers for tariff losses. But the USDA turned Maine down.

“I thought we had a pretty good case,” says Nancy McBrady, director of the Department’s Bureau of Agriculture, Food and Rural Resources. “There’s a demonstrated challenge relative to loss of access to China because of the trade dispute. Its gone, the market has evaporated.”

However, that argument did not convince the USDA.

McBrady says exports account for 20 to 25 percent of sales of Maine wild blueberries, and that China was a big part of that. The Wild Blueberry Commission says Maine also sells blueberries to Japan and Korea, among other foreign markets, and those sales have not been harmed by the Chinese tariff.

The Commission says Canada, which is the other producer of wild blueberries, moved in quickly to pick up the business with China. Grower Paul Sweetland says that could provide an opportunity for Maine if Canadian producers divert some of their product to China.

“If Canada is selling berries in China, they are not sending them to the USA, which have a good impact on us,” Sweetland says.

McBrady says Maine processors will need to “dig deeper” into the domestic market to sell more berries within the U.S. But overall, she says, the real need is to settle the trade dispute.

“We just hope the trade situation can be stabilized. Ultimately that’s where everybody wants to end up, so we don’t have to rely on government programs to provide this type of assistance.”