Binnington has only gotten better as series have gone along

Playing in Games 5, 6 and 7 this postseason, Binnington is an impressive 6-1. He only seems to get better as the pressure intensifies. 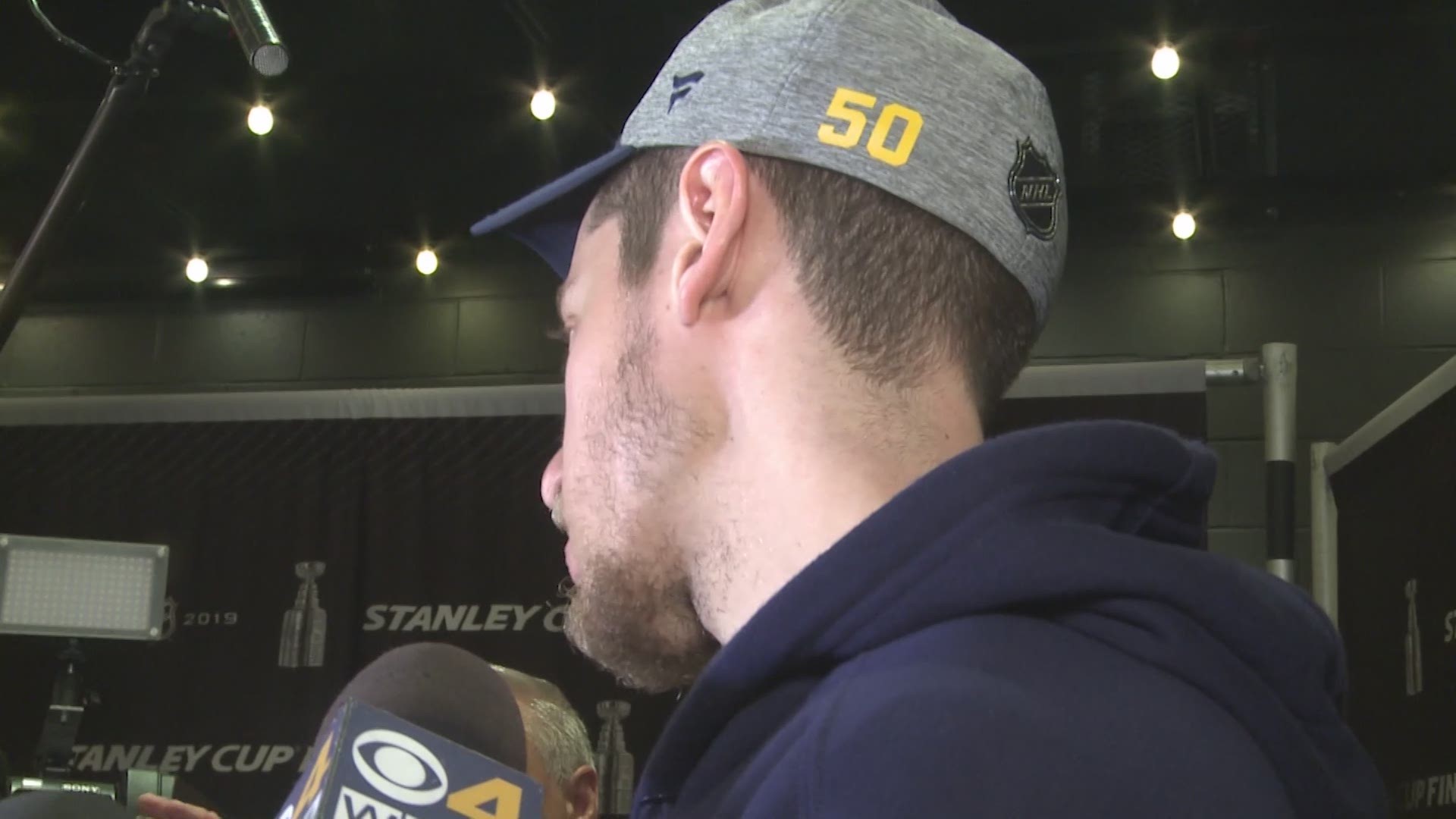 BOSTON, N.Y. — Blues fans might be ready to chew their fingernails down to stubs with nervous energy about Game 5 in the Stanley Cup Final, but their goalie sure isn't.

Jordan Binnington has only gotten better as series have gone deeper this postseason.

The most goals he's allowed in any of those games? Just two.

"I guess it's been a little pattern," Binnington said of the Blues playing better later in series. "But we kind of figure it out as we go and stay with it and stay composed."

Now, back in Boston for Game 5, Binnington and the Blues will have to put that road warrior mentality to the test again.

"It's a best of three now. Tonight's a huge game and they're going to come out hard in their own building and we're just going to try to do our job and stay composed," Binnington said.

It's easy to forget the stone cold Binnington is still just a rookie.

With one more win, he'll own the top spot in wins among rookie goaltenders in NHL history.

RELATED: This is the Vladimir Tarasenko we've always wanted to see