Are Maine farms at risk for PFAS contamination?

As a York county dairy farm continues to deal with the aftermath of 'forever chemicals', state officials want to know if this widespread or an isolated case. 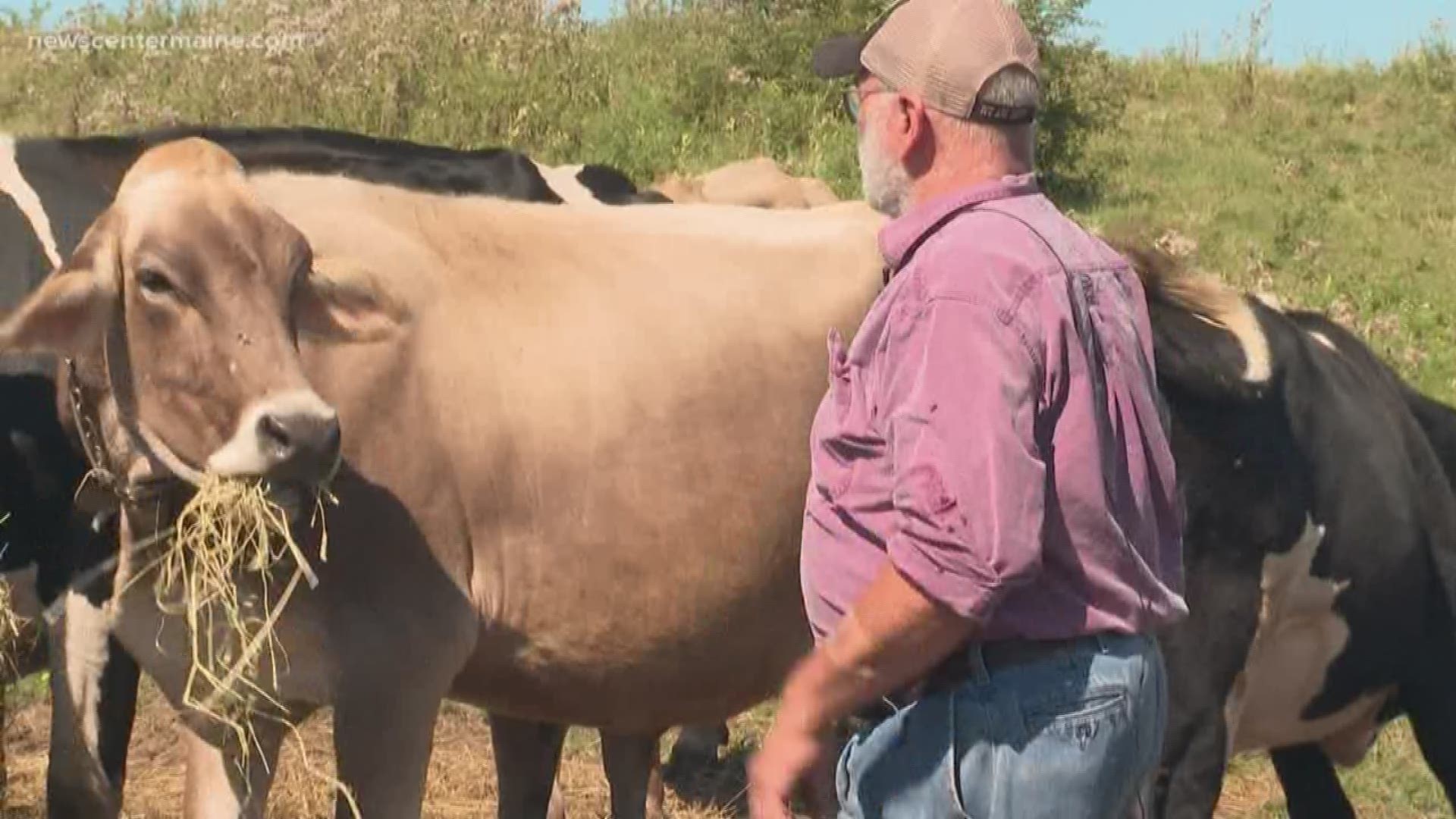 ARUNDEL, Maine — A state task force wants to find out if farm land across Maine is at risk for contamination from so-called 'forever chemicals'.

PFAS is a class of industrial chemicals used to make household goods to fire fighting foam. The chemicals have been linked to serious health problems including cancer and thyroid issues.

Fred and Laura Stone's century old dairy operation in Arundel shut down earlier this year because of high levels of the chemicals their groundwater, soil and cows' milk.

RELATED: Dairy farmer and his wife have high levels of PFAS in their blood
RELATED: Tainted milk threatens to shut down century-old dairy farm

Recent blood tests show that the couple have up to 20 times the national average of the contaminants in their blood.

In a lawsuit, the Stones contend their farm was contaminated by PFAS from sludge that was applied on their crop fields as fertilizer for years.

Shortly after this discovery, environmental regulators began requiring all sewage treatment plants to test for PFAS chemicals. Task force members are still reviewing the test results and are looking to feds to set new regulations for treated sludge.

"There are many things we are not set up to deal with because of the lack of resources. We need the federal government to take a leadership role in that," said Jerry Reid DEP Commissoner.

A bill is pending in Congress, which is co-sponsored by Congresswoman Chellie Pingree, that would require the EPA to designate PFAS chemicals as a hazardous substance within a year.

Click here for information on the PFAS task force.

Click here for information about PFAS chemicals from the EPA.