The sign outside of the Second Baptist Church in Palermo says 'Jesus made Adam and Eve, not Adam and Steve' 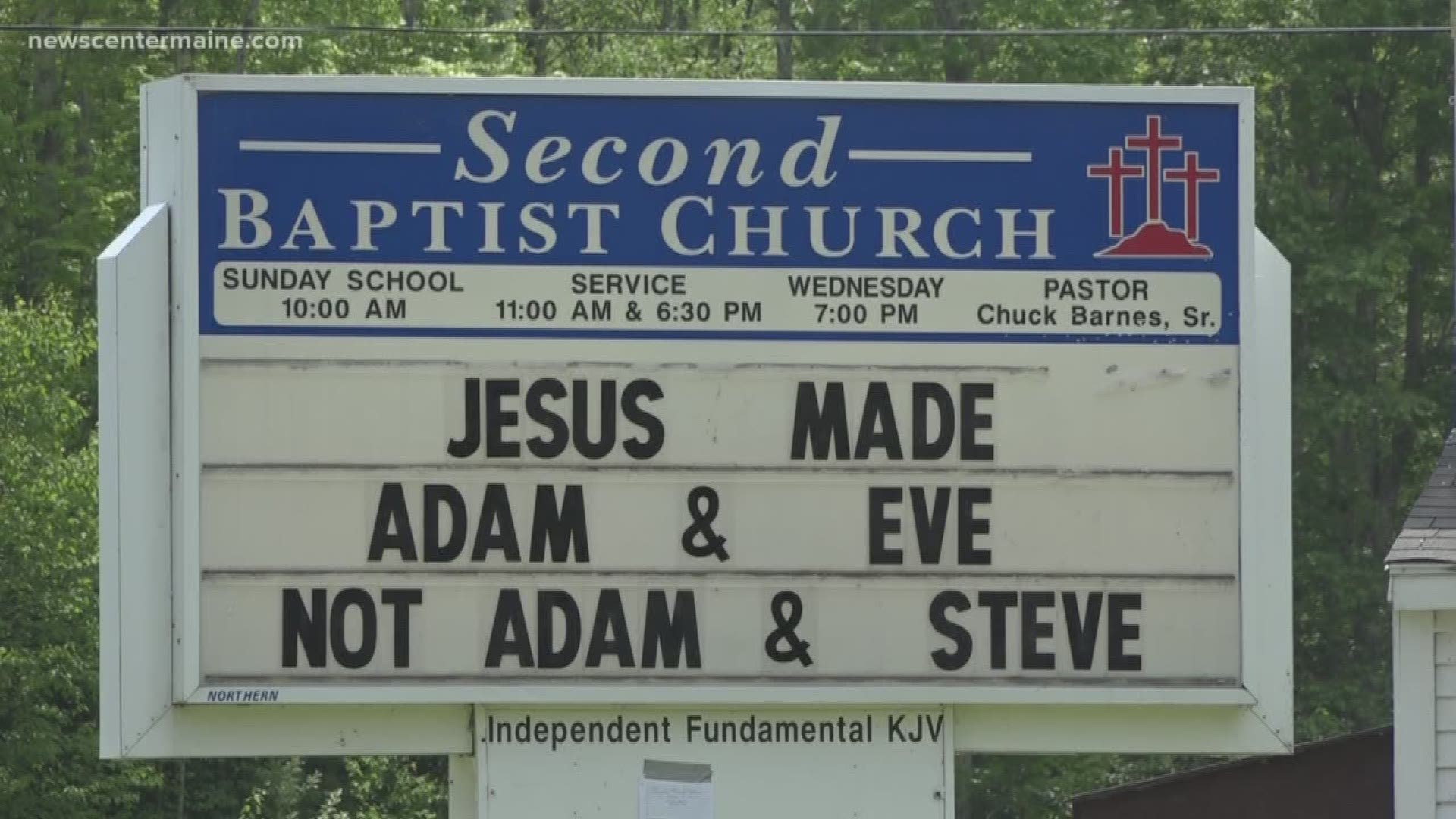 PALERMO, Maine — An anti-gay sign outside of a church in Palermo has caught the attention of many on social media.

The sign outside of the Second Baptist Church in Palermo reads "Jesus made Adam and Eve, not Adam and Steve."

A post by Stan York, an adult who raised his children in Palermo with his husband gained attention on Facebook. The post explains York's feelings towards the sign and has already received hundreds of comments and shares.

"I just felt so sad that a nine year old needs to be told that there are people out there who aren't accepting of his grandparents," said York. "And his big question is why, and that's something I couldn't answer. Hopefully the kids out there will see that this is just not right and the sign should be changed."

Others in the community have also reached in support of York and his husband. One of York's coworkers, Leslie Dyer, says "God created Adam and Eve, and Steve and Jimmy and Kimmy and Lola and Linda. God created everybody. Not just Adam and Eve to be Adam and Eve. We're all here to be happy. We all want to live our best lives. Our happiest lives. And if you find that one person that makes you happy, why shouldn't you be able to be with them?"

NEWS CENTER Maine made multiple attempts to speak with Second Baptist Church's pastor but were unsuccessful.