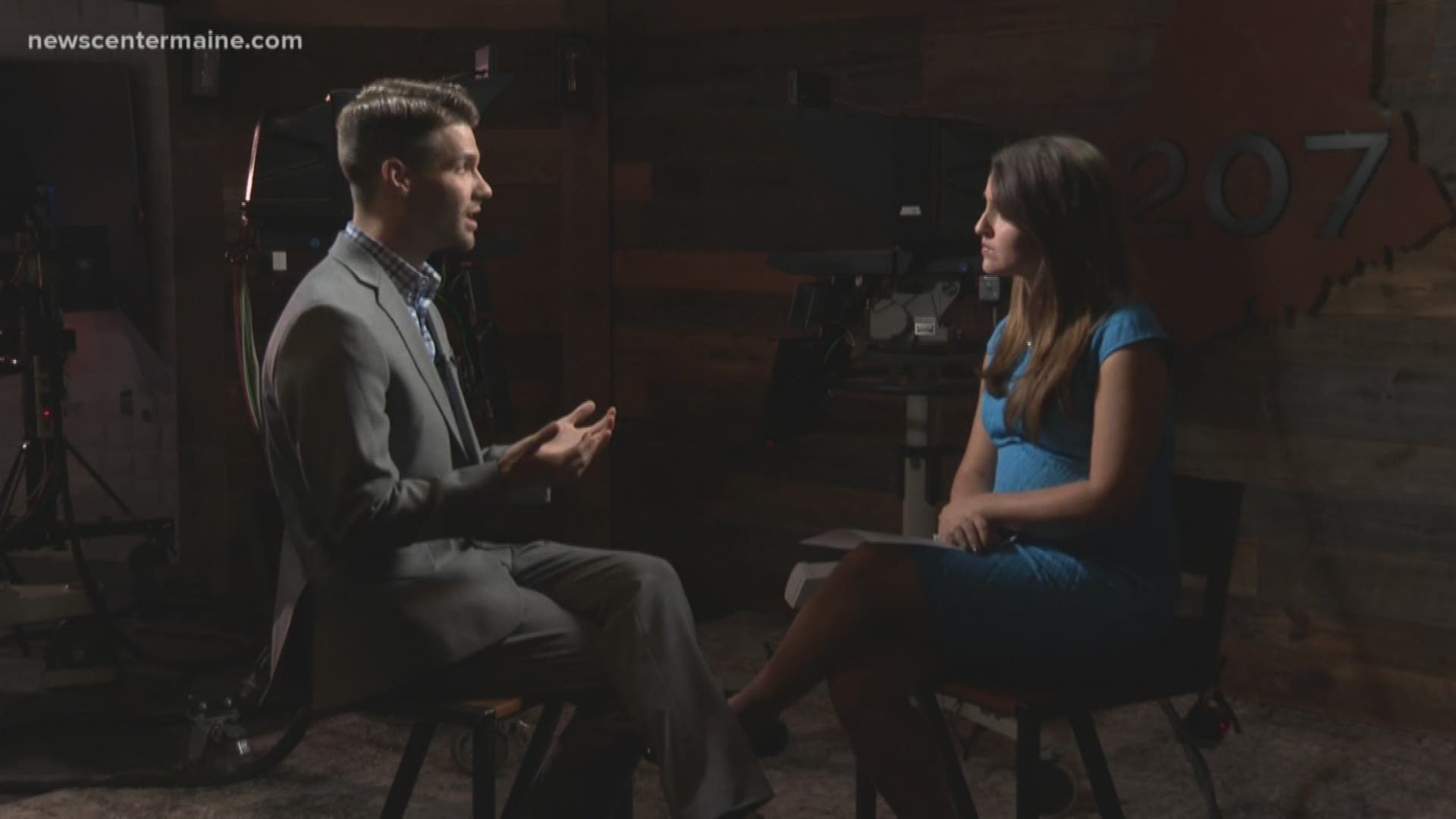 When I was asked to provide a story idea that would lead up to the gay pride celebrations in Maine, I knew that I wanted to discuss my own experiences with conversion therapy.

It took two and a half years for a bill to pass banning conversion therapy for anyone under the age of 18 in Maine.

Conversion therapy, for those who are unfamiliar, is a therapy that tries to change a person's sexual orientation, or gender identity. A therapy that I went through in high school.

No one forced me, or signed me up. I did it on my own. Coming out as gay was something I struggled with. I first told friends that I was gay when I was 17-years-old. Some of those friends were religious and asked if it was something I was ok with. At the time, the answer was no. I wanted to be like the other kids and not have to have a reason to come out.

That's when I started going to church and youth group with friends. I confided with youth pastors about being gay and was told that through prayer and god's guidance I could be straight. I attended prayer meetings once a week for about a year. I pleaded with God to make me straight and so did everyone praying around me.

After months of trying and hoping that things would change, a youth pastor told that my homosexuality was like a backpack full of rocks and that I just needed to take the backpack off. That was the breaking point. For the first time in my life, at 17-years-old, I hated myself and thought things would be easier if I wasn't alive.

It was a suicidal thought that scared me. I was always a confident person, but somehow reached my lowest point while seeking help to become straight. It was at that time that I knew I needed to stop going to the 'pray the gay away' meetings and take time to reflect and think on my own. I decided to choose self-love instead of self-harm.

While covering the bill to ban conversion therapy for minors in Maine, I've heard from all sides. I've listened to the argument that conversion therapy doesn't happen here in Maine, but that's not true. It happened to me and that's why this bill is so important. It sets a tone that the therapy insn't tolerated and that kids should never have to have the feelings I felt.

Over time I regained my confidence and gained an understanding that being gay isn't a bad thing. Being a part of the LGBTQ community is what makes me unique and not something to be ashamed of.

I know that others have felt the same way I did and it's important for kids to know that there's always help available. The Trevor Project is a great resource for LGBTQ youth. Trained counselors are available 24/7 at 1-866-488-7386.