South Portland police say a 'suspicious item' was found on a rail car near hazardous materials. 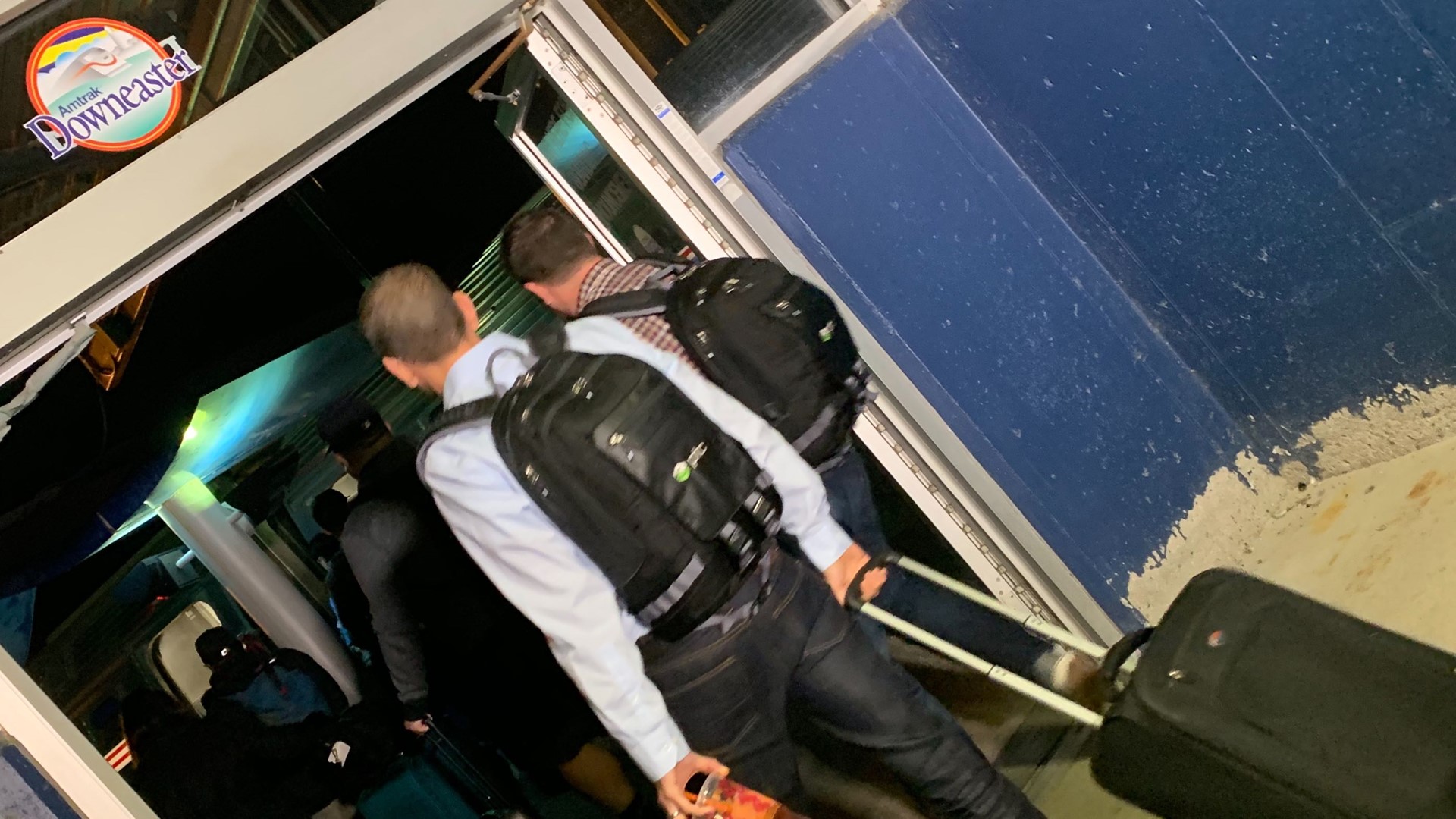 PORTLAND, Maine — Passengers traveling on the Amtrak Downeaster were relieved to find trains were back on schedule Monday morning after others faced major delays Sunday night.

Some people were stuck for as many as four hours trying to travel between Maine and Boston because police say a 'suspicious item' was found on a rail car.

South Portland Police officers, Fire crews and the bomb squad were all called to investigate the item in the Rigby Rail Yard around 1 p.m.

Officials say they took 'extra caution' the package was located near hazardous materials.

After investigating, they determined the package was a bag of personal items they believe was left by someone trespassing on railroad property.

Nearby homes and businesses were not impacted and there was no danger to the public.

As of Monday morning, the first Downeaster train departed Portland for Boston at 5:20 a.m. sharp with all other trains scheduled 'on time.'

Officials hope it serves as an important reminder that 'If you see something, say something.'

You can check departure times and find more travel information at amtrakdowneaster.com.