Cpl. Eugene Cole was shot and killed on April 25, 2018. The ambulance for Redington-Fairview General Hospital bears his badge number and a thin blue line in his honor. 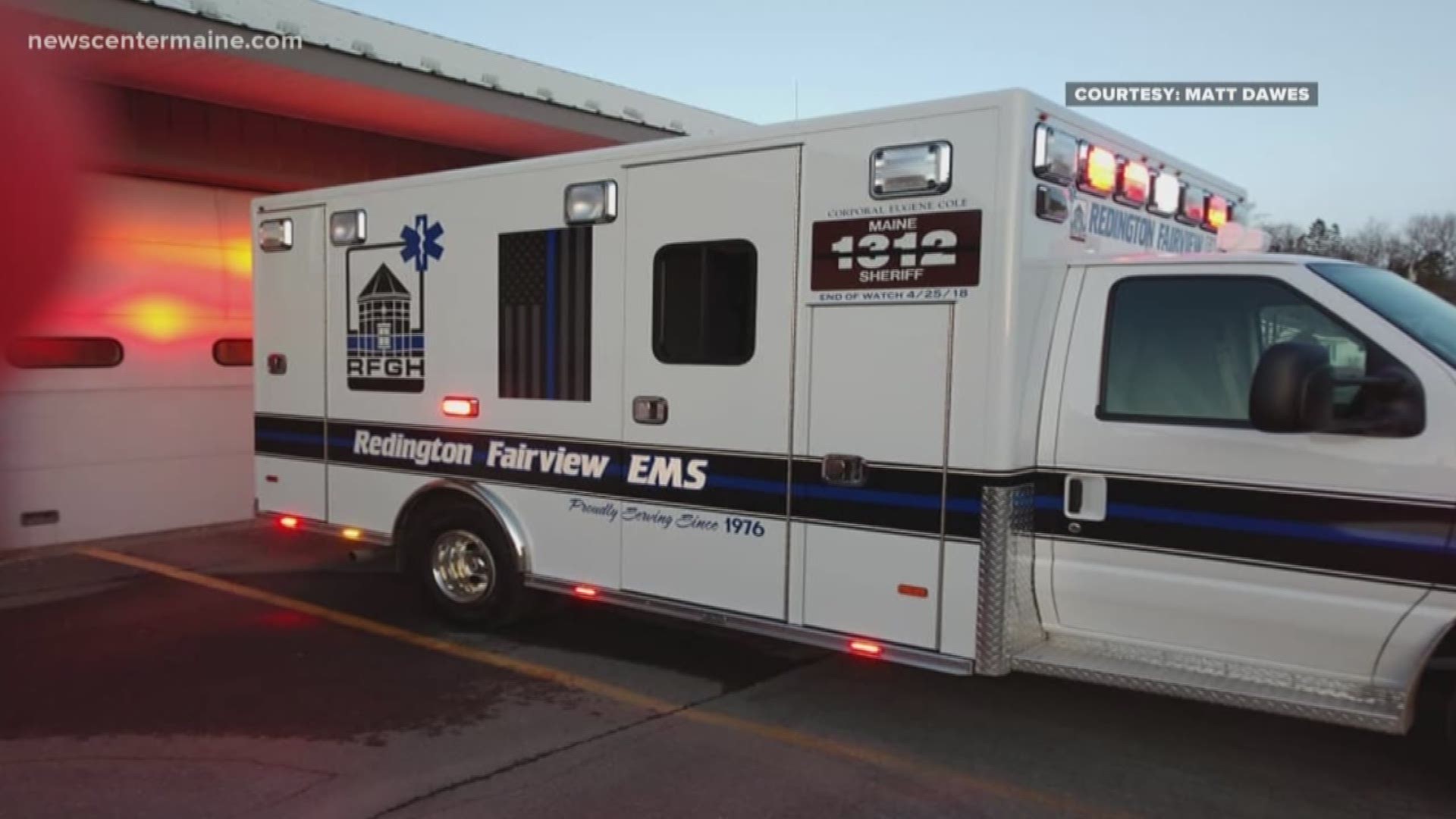 Matt Dawes and his wife, Brandi, came up with the idea to decorate the side of an ambulance for Redington-Fairview General Hospital in Skowhegan with the badge number for Corporal Eugene Cole, who was shot and killed on April 25, 2018.

The ambulance is brand new to the hospital, bringing its fleet to four. Dawes said they brought it to York Signs to be decorated as soon as they got it roughly three weeks ago.

"We’ll use it every day like the other ones," said Dawes. "It has a lot of special meaning to a lot of us here."

Dawes knew Cpl. Cole as both a family friend and fellow first responder. He said he and Cole were working a medical call around 11 p.m. on April 24, roughly two hours before Cole was shot and killed in Norridgewock.

"I didn't believe it. This isn’t really happening," Dawes said, remembering the moment he heard the news Cole had been shot.

Dawes said he approached RFGH CEO Richard Willett about getting the truck decorated. He said Willett gave him the go-ahead and free reign.

“It's amazing. I wish we didn’t have to do it that way," said Dawes of honoring Cpl. Cole. "The response in the public has been tremendous."

RELATED: Attorney for accused deputy killer in court to try to discard confession

Dawes said Cole's wife, Sheryl, and son, David, were the first to see the ambulance, before any pictures hit social media.

"They were appreciative, tearful," said Dawes. "They said thank you, hugged us, said they loved it, and said nobody better scratch it."

RELATED: Wife of Eugene Cole gives intimate glimpse into hours before his death

Dawes said Mrs. Cole even asked to drive the ambulance.

"I'm just happy that I was alive to do it and hopefully, when that truck retires, we’ll do the next one exactly like it," said Dawes.