Dotty White's family has peace of mind knowing help will be on the way if their mother is ever in trouble. 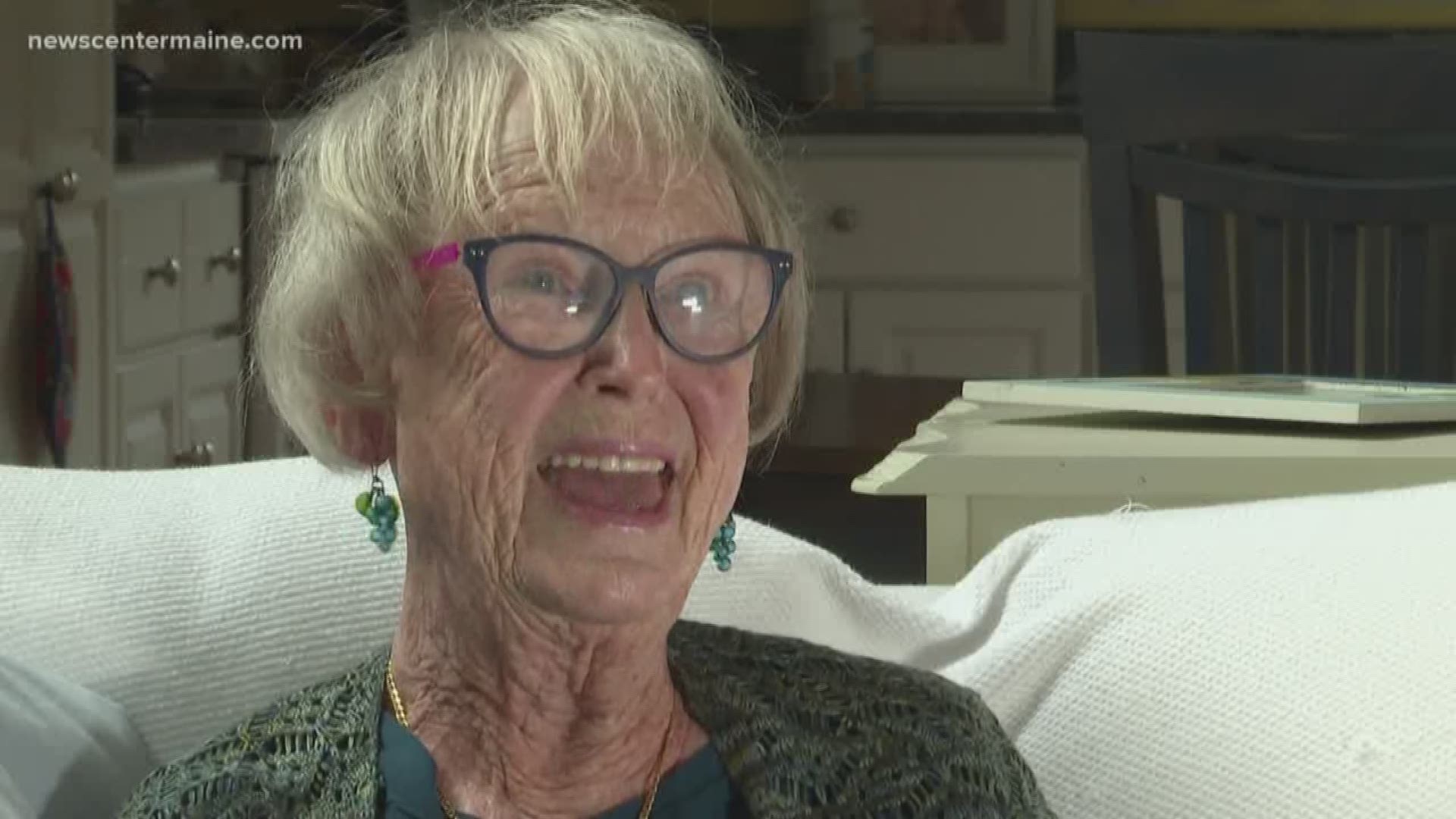 KENNEBUNK, Maine — Two weeks ago, Dotty White was involved in a terrible car accident -- luckily, first responders and her family were notified instantly, without Dotty even having to touch her phone.

The accident happened at a busy intersection in downtown Kennebunk.

"It was a nice day, I’m on my way home with lots of nice groceries and bang," the 87-year-old Kennebunk resident said. "I’ve never been in an accident in a car -- I’ve never even gotten a ticket in a car."

Shaken and confused, Dotty White soon realized what had happened.

"Apparently a woman came out of a road here and ran straight into me," White said.

Reeling with shock, Dotty wondered how she would let her family know she had been in a car accident. Then, this happened.

"My watch told me 'we have you falling on route one in Kennebunk...help is on the way'." White said.

Her apple watch detected what it thought was a 'hard fall' and immediately notified her family and first responders of the crash.

Her son, James White, says he was notified instantly through a text message. He immediately called his sister, who -- after receiving the message herself -- rushed to her mother's side.

"It was really helpful to get that message," James White said. "I knew mom was all set at that point."

He says what brought his family instant relief, was knowing something as simple as a watch could provide this much help in an emergency.

"She’s always been independent, she’s happy to be in her own home," White said. "So it’s nice for us to have this communication so that if there’s any kind of a problem we can respond very quickly."

She's got a few broken bones, but Dotty is now back home, resting and reflecting. She says no matter how old you are, there's always peace of mind knowing help is never far away.

"It’s pretty nice to just have it on your wrist," Dotty White said. "You have the time, the weather and help."