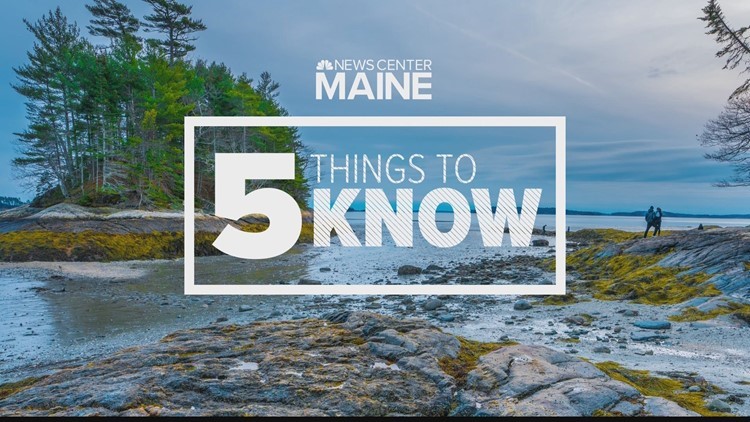 1. CLEAR THURSDAY WITH A FEW FLAKES HERE AND THERE

Today should stay nice and clear for your Valentine's Day plans! Look out for tomorrow, though. Our meteorologists are anticipating to have a mixture of rain and snow.

2. SECOND MAINER TO DIE TRYING TO SAVE A PET IN A BURNING HOME

Maine is seeing its second victim in only a month's time to someone going back into their burning home to save a pet. authorities say 76-year-old Jerry Bishop died in Dedham from apparent smoke inhalation while looking for his dog. They say his wife Phillis they say the dog has not been found and the cause of the fire is unknown at this time.

3. MANAFORT FOUND GUILTY OF MORE LYING TO THE FBI

Prosecutors in the Paul Manafort trial are released from a deal that could have given the president's former attorney a lighter sentence. Manafort pleaded guilty last September to two federal charges including conspiracy and witness tampering, but special counsel Robert Mueller's team found he lied on several occasions to the FBI. His deal for a lighter sentence was contingent upon cooperation with investigators.

Happy Valentine's Day! Hearts Day! Whatever you wanna call it day! Whatever your plans are for the day, make sure to tell those important to you how you feel about them. Whether it's a quick call, a card, or just even a small thoughtful gesture, today is the day to do it.

LAST MINUTE I LOVE YOU GIFTS

Alison Sundquist was sitting in her Old Orchard Beach home Wednesday night when she heard a strange banging on a window in the other room.