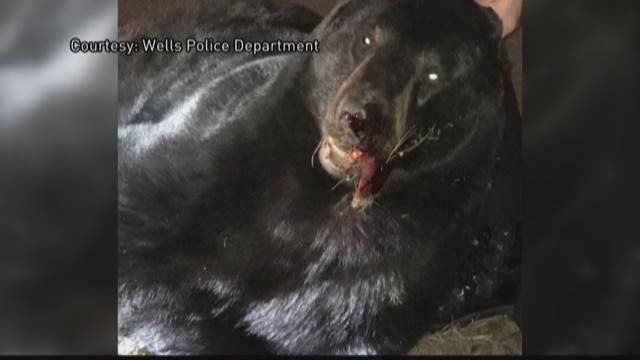 WELLS, Maine (NEWS CENTER) — Police in Wells want to remind you that Maine bears are active and looking for food.

This past weekend the Wells Police Department received many inquiries into a an accident involving a Maine black bear.

Posting on its Facebook page, the department says the bear was crossing Sanford Road near Highpine Loop Road when it was struck by a vehicle. No one in the vehicle was injured, but the bear was killed instantly.

The bear had a live weight of nearly 500 pounds.

Police are alerting residents to bring in bird feeders and secure trash.

Wildlife Biologist Cory Stearns says there are more than 32,000 bears in Maine, and the population is growing in York and Cumberland counties. Most wake up from their long winter slumber around April 1.

He says it's the search for food that brings them to backyards. Bird feeders and trash are big attractions, but Stearns says they'll venture farther if they have to as they wait for food to start growing again.