At least 3 cases of whooping cough confirmed at Portland schools, but more likely

There has been 1 confirmed case of pertussis at Longfellow Elementary School and 2 confirmed cases at Lincoln Middle School, according to Portland Public Schools. 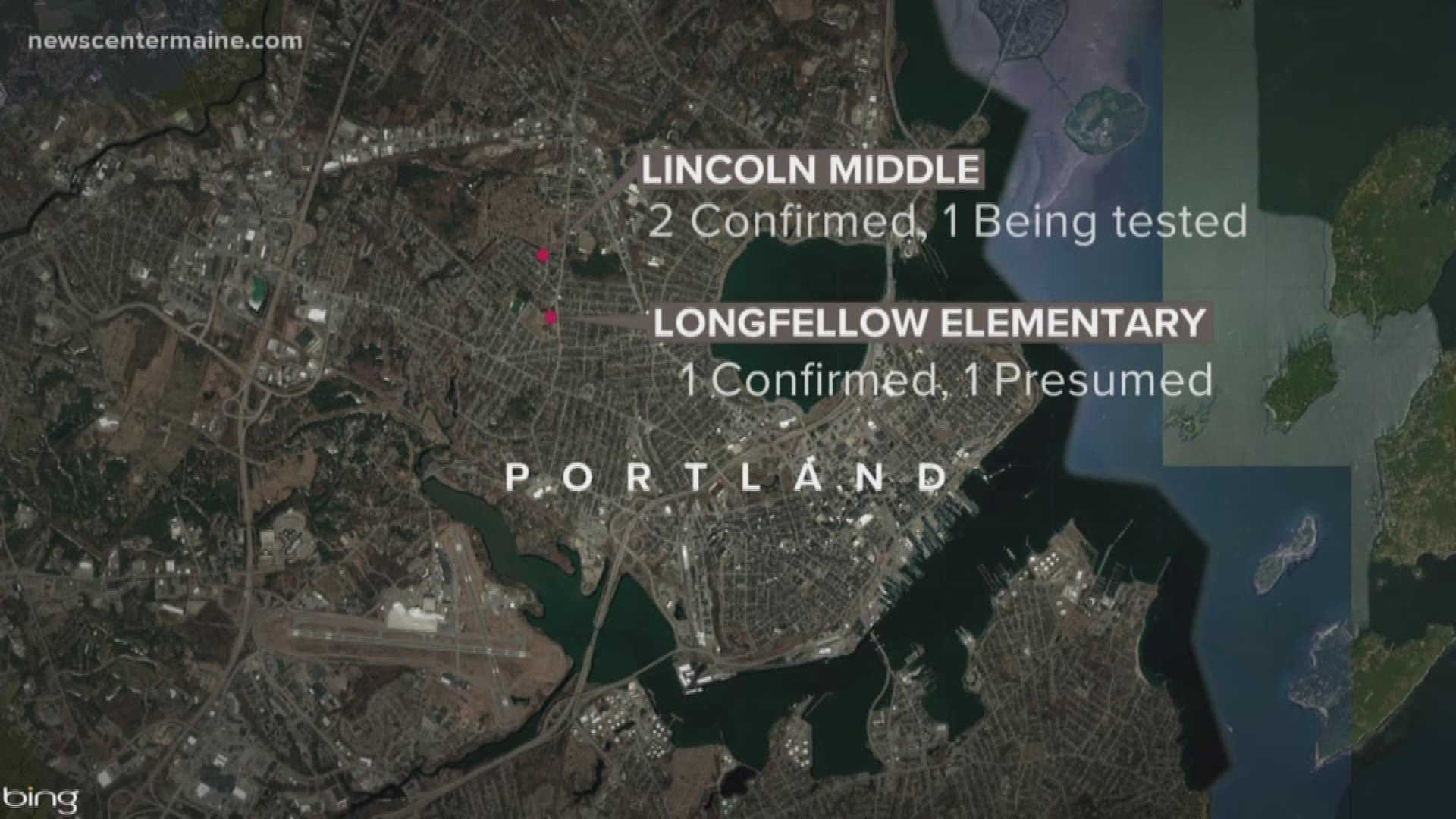 PORTLAND, Maine — Portland schools confirmed three cases of whooping cough in the district on Wednesday -- but there are likely more.

There is also a second "presumed" case at Longfellow and a third case "being tested" at Lincoln.

The student with pertussis from Deering has been treated with antibiotics and since returned to school. Students in the same classes as the individual affected have not shown signs of any symptoms, and Nacelewicz says faculty is not aware of any other suspected cases at the high school.

Portland Public Schools has reported the incidents to the Maine Center for Disease Control, according to Nacelewicz. The CDC has spoken with school nursing staff, and a letter was sent to parents and staff (including custodial staff) at each school.

Nacelewicz says there are no recommendations for keeping students out of schools, and though immunized students can and do contract pertussis, these infections are usually less serious.

School nurses will continue to monitor the situation, work with the CDC, and keep families posted, according to Nacelewicz.

Early symptoms for pertussis can last for 1-2 weeks and include:

Later symptoms as the disease progresses include:

The CDC says that pertussis is a highly contagious disease and that the best way to protect against it is by getting vaccinated.

To learn more about pertussis, or whooping cough, click here.