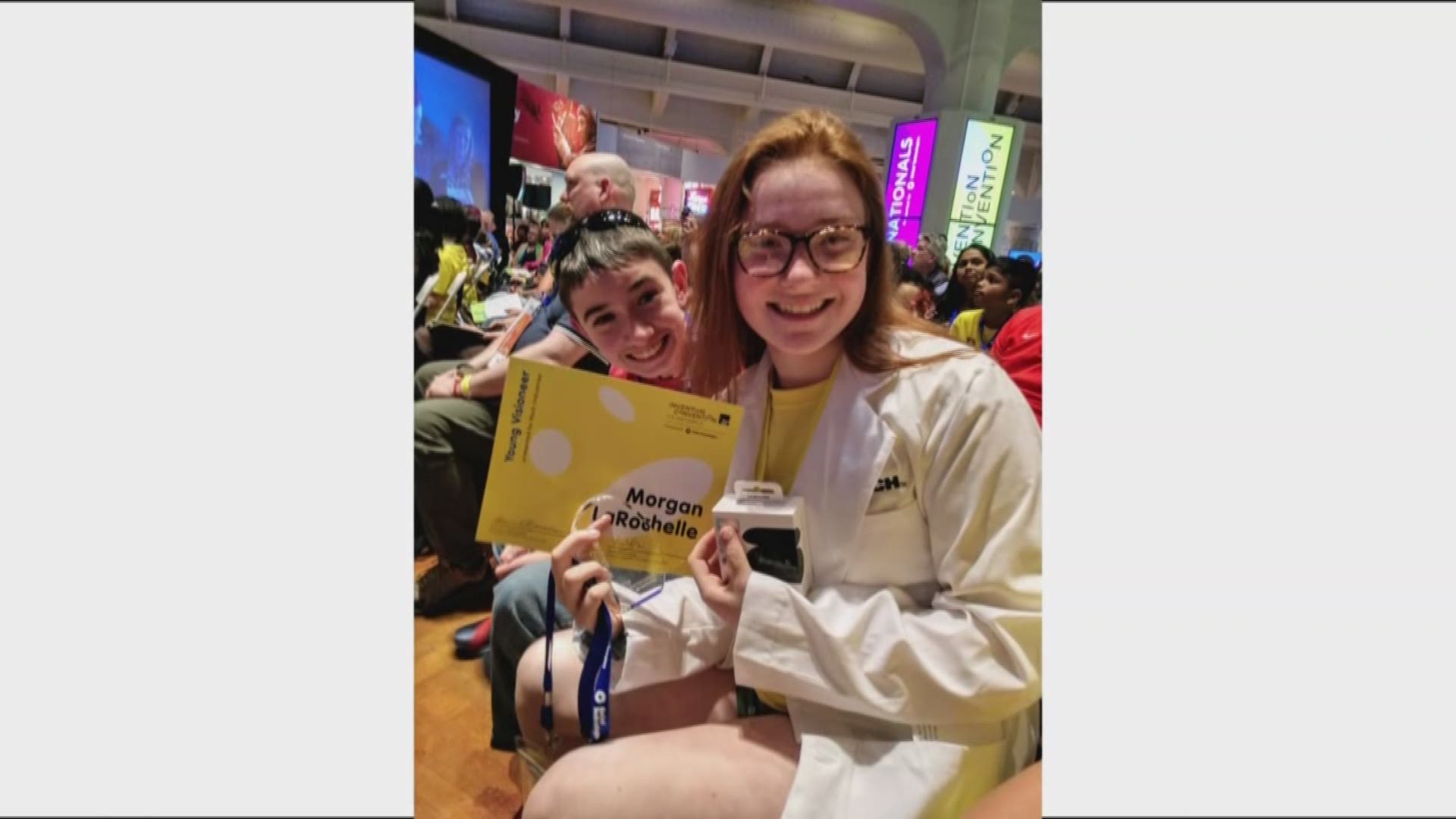 HERMON, Maine — Life gave Morgan LaRochelle lemons and boy has she made lemonade!

The 13-year-old from Hermon, Maine was devastated when she was diagnosed with type 1 diabetes in the fall of 2018.

She didn't let it get her down for long though. In recent months, in response to an assignment from her science teacher, she has channeled her energy into coming up with a solution to an everyday problem she facing living with type 1 diabetes.

Every day, Morgan and millions of other people with diabetes around the country must test their blood sugar levels. One method is to use a glucose test strip.

However, those test strips currently come in a tiny vial that must be transferred by touch into the glucometer. That's a problem because the test strips are highly sensitive and the results it gives could be tainted by dirty fingers.

"There have been times when I don't have an alcohol swab on me or a place to wash my hands," Morgan says. "With my invention, you don't have to worry about having clean hands more than once."

The idea is that one would thoroughly clean their hands and inserts the test strips into Morgan's device. Then, pushing a slider through the device, one could push out the test strips and insert it into the glucometer without having to touch it by hand.

One day, Morgan hopes the test strips would come in a device like hers, so that would eliminate the need to touch the strips entirely.

Morgan and her Blood Glucose Test Strip Dispenser were selected at a state Invention Convention competition to represent Maine at the national level.

She served the state well. She came in second place overall for the eighth-grade group at the national competition.

When Morgan's science teacher assigned his class to make an invention that would solve a "real-world problem," Morgan immediately knew she wanted to make something that would help people with diabetes.

Inventing something that helps her with her disease has given Morgan a newfound sense of control.

Her mother Nicole says, "To watch her go from crying in her room and being sad all the time to having a purpose, it brought life back to her."

This likely won't be the last time Morgan uses her brain power to fight diabetes. She dreams of one day finding a cure for the disease that's ailing her.

"I've always wanted to be a part of the medical field... Maybe one day I'll find a cure for type 1 diabetes."

Morgan and her parents are currently in the process of getting a patent for her device.