Jaime Green continues to search for her lost pet after they went missing following the Farmington explosion. 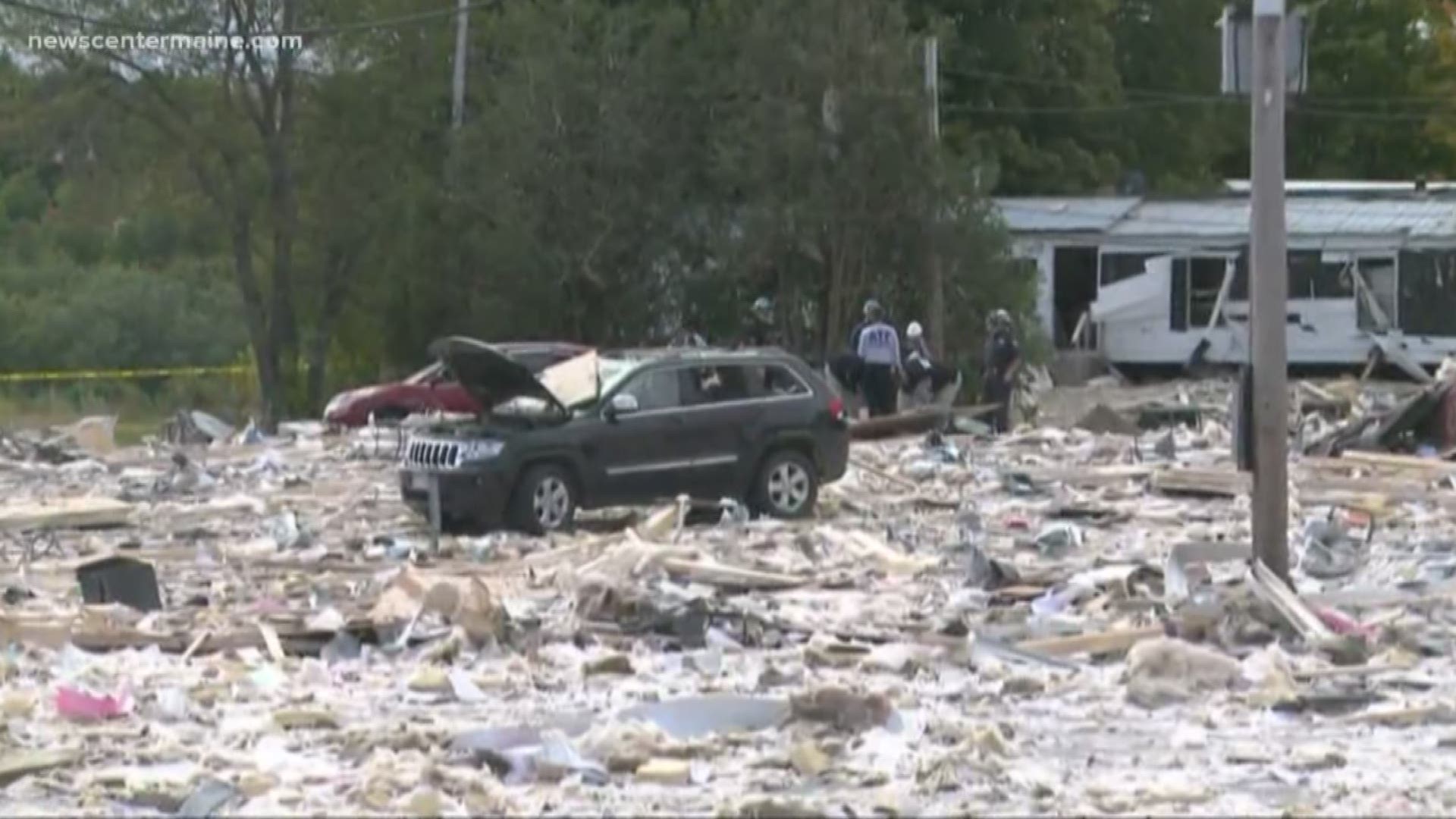 FARMINGTON, Maine — Jaime Green lives in with her two sons and two dogs in the trailer park behind the LEAP Inc., office that was desolated in Monday's explosion.

Green and her sons were gratefully ok after the building exploded on Monday morning killing one firefighter and injuring seven others. Green's two young sons had boarded their bus to school just moments before the blast and Green was able to get out of her home safely.

But Green tells NEWS CENTER Maine's Zach Blanchard that both of the family's dogs went missing after the explosion.

Green was evacuated from her home and not allowed to return to her home.

Later Tuesday morning, Sept. 17, Green was ecstatic after she was allowed into her home and found one of her dogs, Chloe. 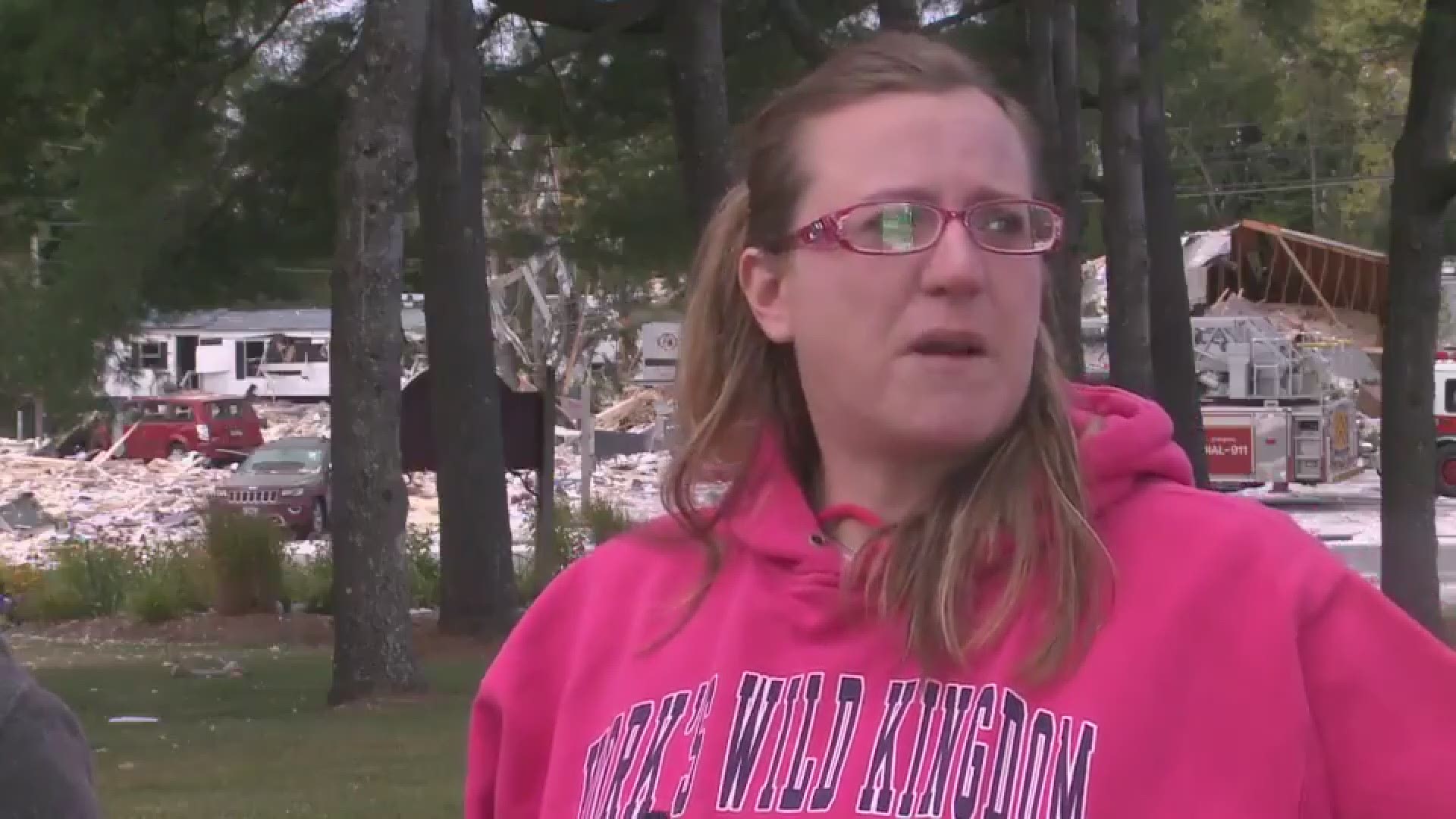 Chloe was in Green's son's bedroom in the damaged home just behind the explosion site. Green says Chloe was shaking and scared after spending a night alone in the trailer. 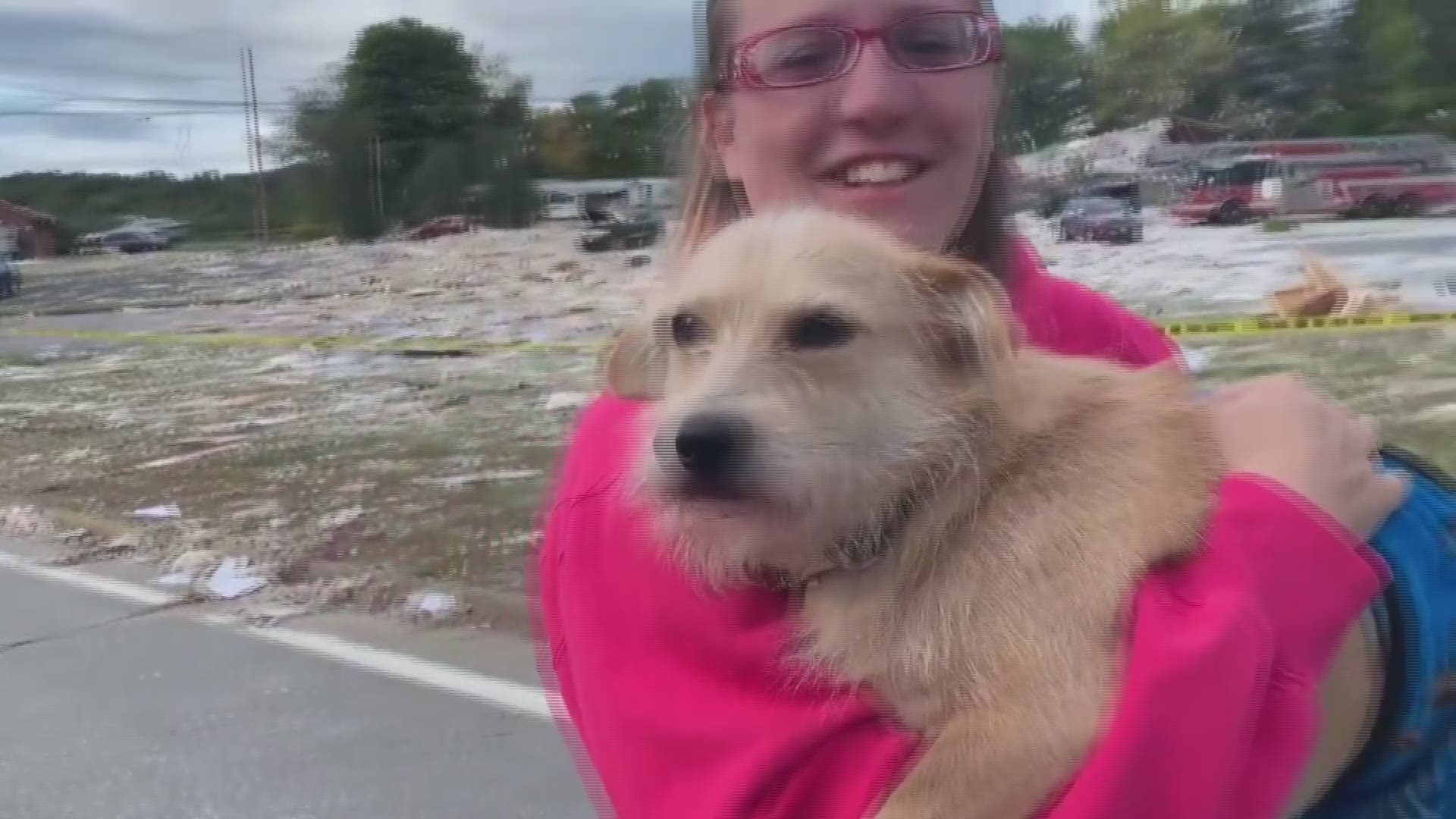 Green walked through her damaged trailer home on Tuesday assessing the mess as she continued to search for her lost dog. 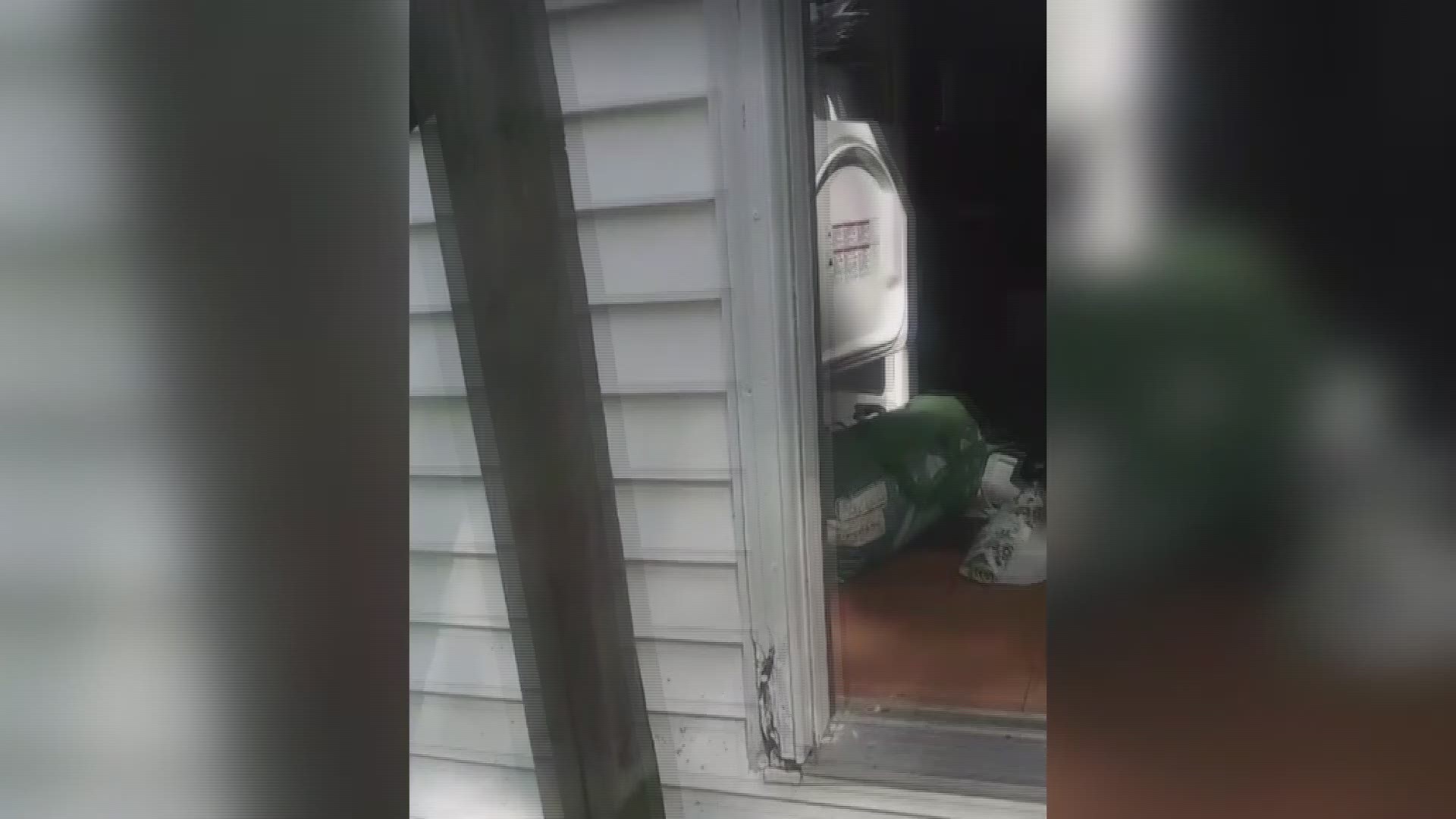 On Monday morning, Sept. 16, an explosion rocked the community that was felt for miles around Maine in an apparant gas-related blast that devistated the LEAP Inc., building killing Captain Michael Bell and injuring seven others.

Fire Capt. Michael Bell, 68, was a 30-year-member of the Farmington Fire Rescue and died in the powerful, apparent gas-related blast at LEAP Inc., that leveled the building, killing Bell and injuring seven others. Six other firefighters and a maintenance worker were sent to the hospital.

As of Tuesday morning, five firefighters still remain at Maine Medical Center in Portland, three in critical condition and two in fair condition.

Officials from Maine Medical Center said the conditions as of 11:30 a.m. Tuesday are as follows:

The LEAP Inc., maintenance worker Larry Lord is being treated at Mass. General. According to a gofundme site for Lord, he suffered severe burns on over half of his body, multiple traumas, broken bones, and critical injuries.

According to the gofundme site set up by Courtney Webster, Lord is at the ICU Burn Unit and is expected to be in the hospital for 4 months.