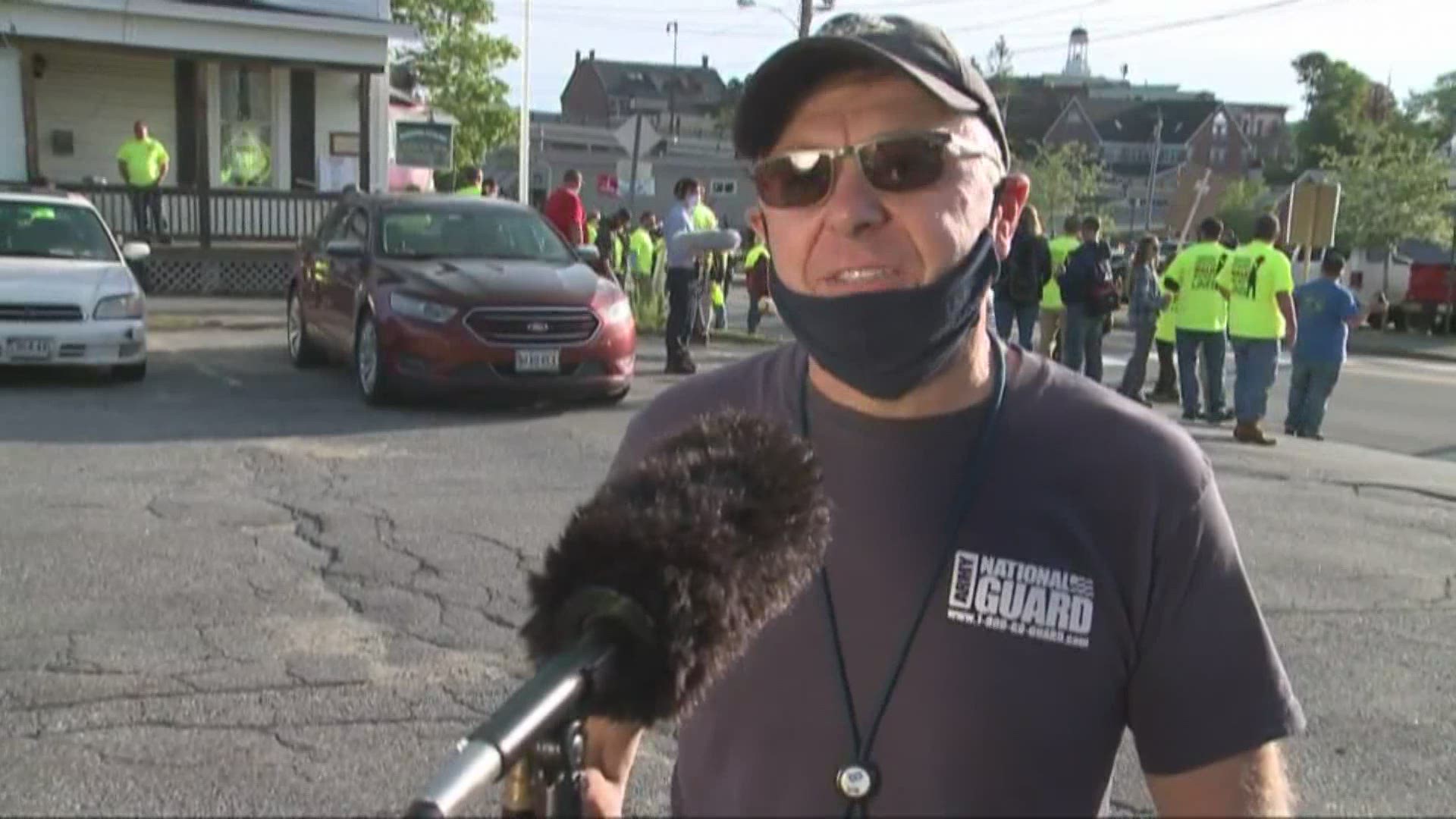 MAINE, USA — Members of the largest workers' union at Bath Iron Works are pushing for what they call a "fair contract".

Members and supporters of Local S6 gathered outside of the union hall at 6 a.m. on Wednesday, June 10 to show their frustration about contract negotiations, which began May 26.

On Monday, union officials announced they are rejecting the company's proposal to continue giving work to out-of-state subcontractors.

Union officials say BIW’s requests to hire more subcontractors would not only "create a workforce of poorly paid subcontractors" but also "force more than 1,200 mechanics with more than 30 years experience into early retirement."

In a statement, Local S6 President Chris Wiers wrote, "In the last four and a half years, this company has taken away contractual benefits and frozen pay increases while raking in massive public subsidies from the taxpayers...Workers should not pay the price for poor management decisions."

Randy Hayes was one of the union workers at the rally Wednesday morning. He has been with the company for 35 years.

"We need to stick together -- and us old-timers, we are going, so there is a younger generation, and they need to stick together," Hayes expressed to NEWS CENTER Maine about why he was rallying. "The company needs to pay them and step up a little bit...to keep them working in the department that they want to be in."

BIW said it prefers to use its own employees to build ships when they have the manpower and skills available, but when they don’t, subcontractors are sometimes needed, in order to stay on schedule.

BIW has responded to some negotiations questions online. When asked why the company doesn't just hire more people, instead of bringing in subcontractors, BIW answered:

"The sheer volume of hiring has kept us at capacity on our ability to provide new hire orientation, training and match those employees with available work...We still have more work to do than we have people with the right skills to perform."

Union leaders say their members are prepared to strike, if necessary. Jay Wadleigh, the chief spokesman for Local S6

Negotiations are expected to end this Friday, June 12. A district union representative has confirmed with NEWS CENTER Maine that if members vote down the contract, they will then vote on whether to strike. A strike would require a 66 percent vote and would take effect on June 22 at 12:01 a.m.

RELATED: BIW misses out on $800M Navy frigate contract; still in the running for later ships