This Bar Harbor 'cottage' could be yours for $12.5 million 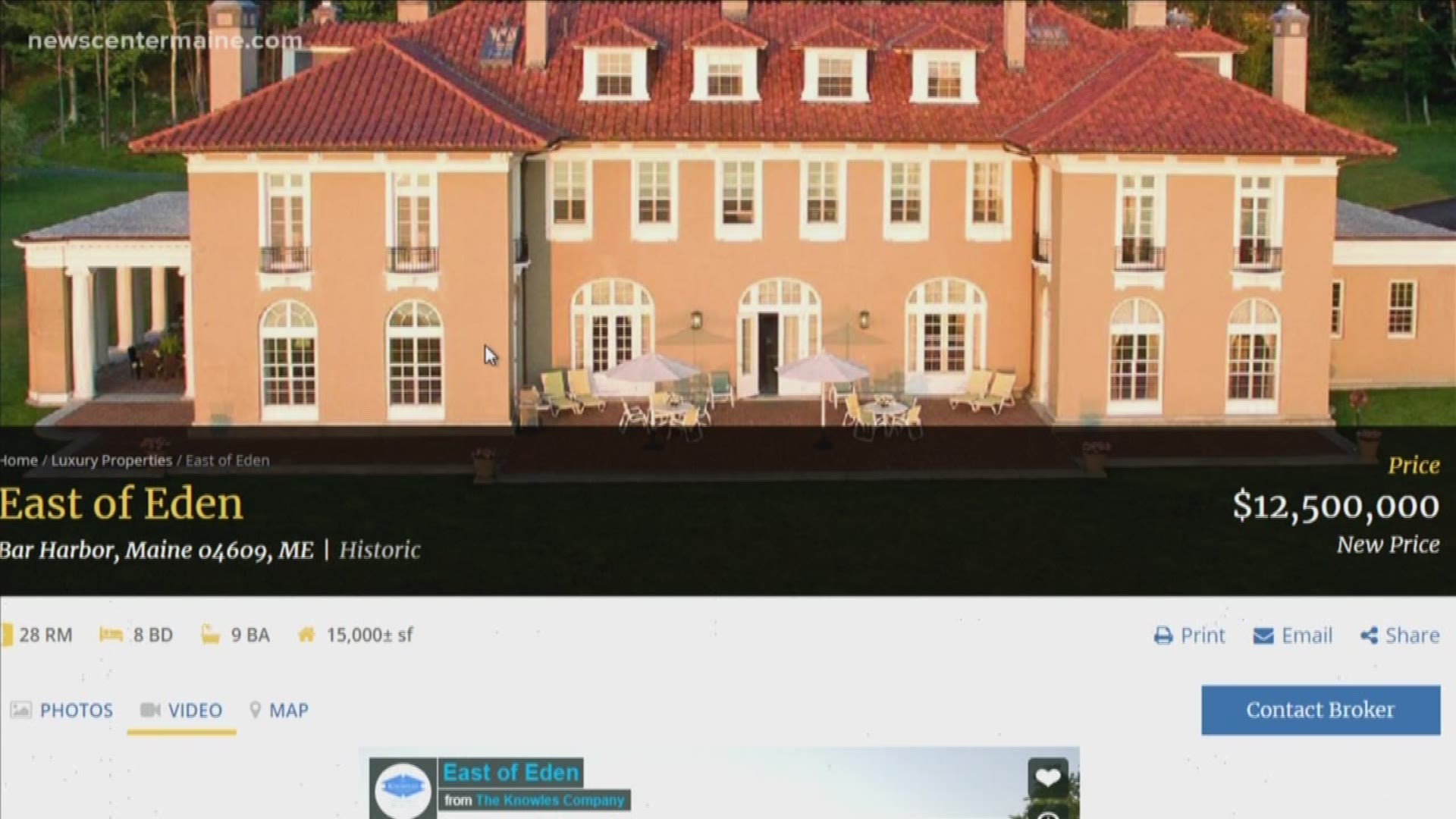 BAR HARBOR, Maine — An historic, 28-room Golden Age cottage sitting on 9 acres of property along the shores of Frenchman Bay is up for sale.

The Mediterranean style waterfront villa is yours for just $12.5 million.

Earlier this month, citing the property's listing agent, the Wall Street Journal reported the Bar Harbor home's then price tag of $15.5 million was likely Maine's most expensive on the market. The figure has since decreased by $3 million.

"East of Eden" is listed by Mount Desert Island-based The Knowles Company. It's by far the real estate agency's most expensive offering — among 20 properties categorized as luxury, 15 of which are waterfronts, it's the only valued over $5.9 million, effectively more than doubling all others.

East of Eden was originally called Eegonos, named in backward spelling after "Sonogee," the estate that used to occupy the property.

Its style incorporates Beaux Arts, Mediterranean Revival and Chateau. It was designed by Boston architect Guy Lowell and built between 1905 and 1910.

The WSJ reports the luxurious villa was built for Standard Oil heiress and philanthropist Kate Ladd and her yachtsman husband Walter Ladd, and remained under their family's ownership through 1949.

According to the newspaper, the number of cottages in the area decreased from 200 to 100 before 1948. Many along Eden Street transformed into hospitality institutions. This, it reports, was due in large part to the Great Depression.

The property was added to the National Park Service's list of National Register of Historic Places on Jan. 15, 1980.