Medical marijuana has been legal in Maine since 1999. But Thursday marks the first time that anyone can get a medical card, given their doctors approval. It's a big step for patients and businesses across the state. 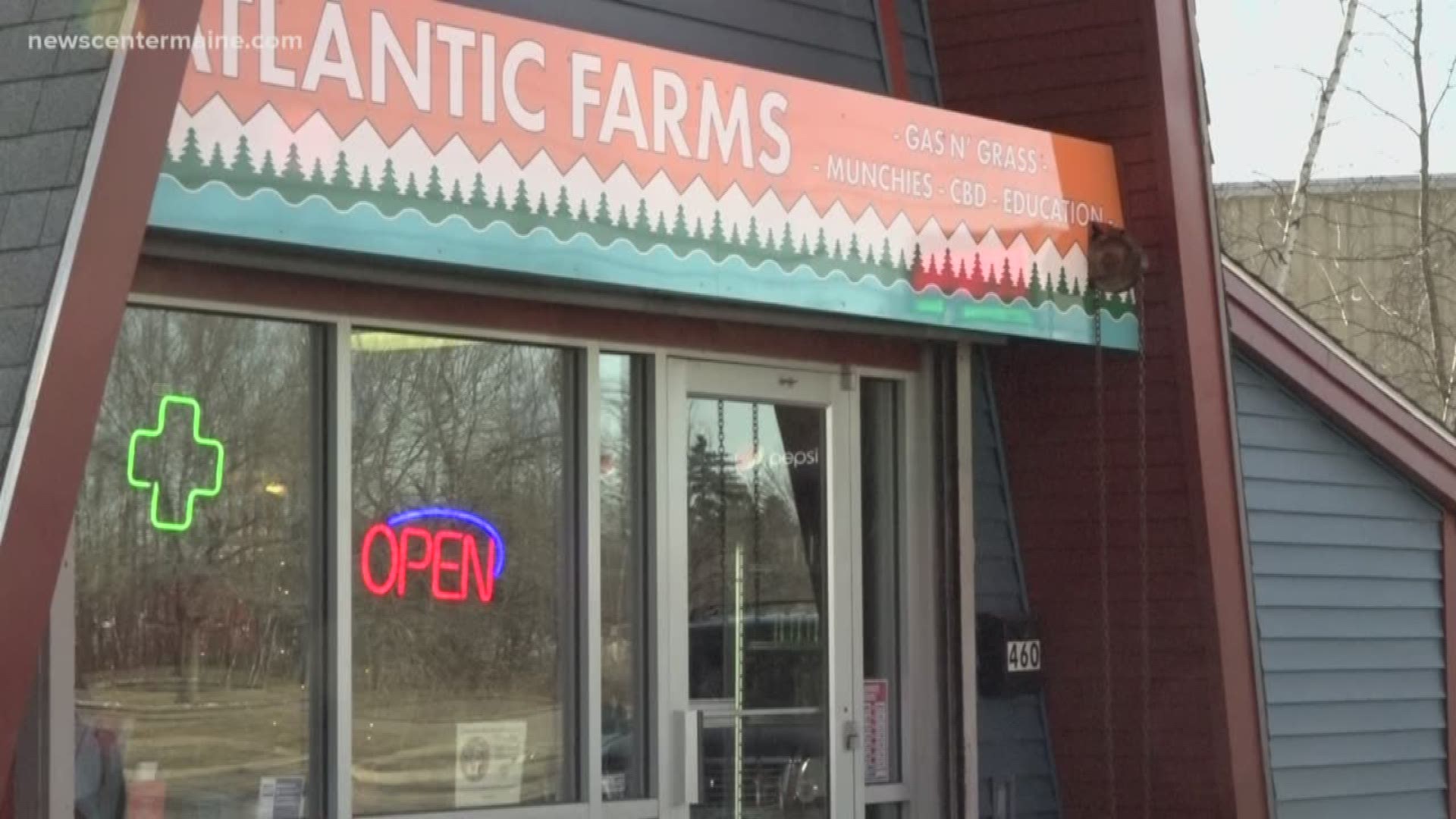 Thursday marked the grand opening of Atlantic Farms. It's a shop better known as Gas and Grass. The name is a dead giveaway for what they do. It's a self service gas station and a medical marijuana caregiver store.

"We’ve been excited to see everyone come through, it’s pretty exciting. We’re just trying to keep it together," said owner Jackson McLeod.

For Gas and Grass, and other caregiver stores around the state, there's another reason to celebrate. Sweeping medical marijuana reforms implemented Thursday, that allow caregivers to set up retail shops with municipal approval and state licensing. Caregivers can also serve an unlimited number of patients, and buy wholesale from other caregivers in the state.

"Now, in the retail setting, we can operate more like a dispensary where we can have unlimited patients, they can come in, their state issued ID, and if that checks out we can serve them in our caregiver room," McLeod said.

Jessica Coakley is a mom who credits the Wellness Connection of Maine with saving her life. She became a patient at the dispensary three years ago to combat an opiate dependence following an injury during childbirth.

"I was addicted, not that I was shooting up in an alley or anything like that. But I  was definitely getting my medication every month, going to my doctors, making sure I got my medication, because the idea of not having it and being in that terrible pain was terrifying," Coakley said.

One of the biggest part of this reform is patient access.Gone are the days of pre-approved conditions for medical marijuana.

"It’s up to your primary care provider to decide, and for you to decide what’s best for you and I think that’s great because you know what, there’s nothing better than to feel in control of your body and your health at all times," Coakley said.

Wellness Connection Maine in Portland opened their doors Thursday to answer questions about the new reform. They also revealed a new layout, improved service, and a wider array of product to their patients.

"The laws are changing, patients are changing, we’re seeing like a wider pool of Mainers that come to us so it was our turn to also evolve what we’ve been doing," said owner Patricia Rosi.

With the increase in patients and players in the medical marijuana space, comes an uptick in state involvement in safety controls.

"The state has started to really improve regulations when it comes to labeling, packaging, testing, C2 cell tracking, bookkeeping making it a real industry with good practices that need to be followed," Rosi said.

Strimling says he’s pleased that municipalities like Portland now have the authority to govern and enforce cannabis laws and ordinances.