Ruby Tuesday files for bankruptcy to reorganize its finances 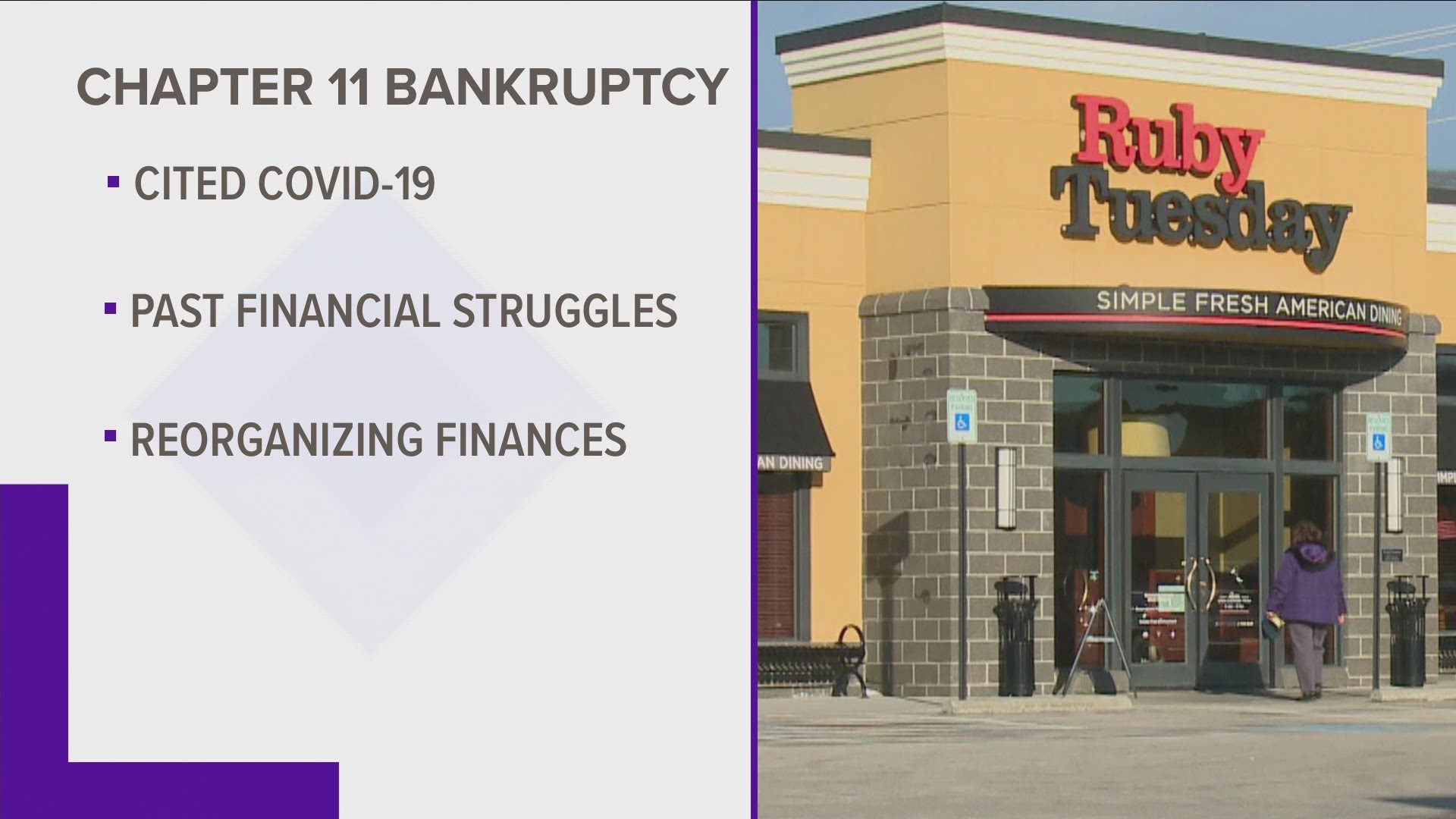 The chain cited effects of COVID-19 as one reason for the need to seek Chapter 11 bankruptcy Wednesday in federal court in Delaware. It's faced financial challenges for several years.

“This announcement does not mean ‘Goodbye, Ruby Tuesday’. Today’s actions will allow us an opportunity to reposition the company for long-term stability as we recover from the unprecedented impact of COVID-19,” CEO Shawn Lederman said in a statement.

“Our restructuring demonstrates a commitment to Ruby Tuesday’s future viability as we work to preserve thousands of team member jobs. Our guests can be assured that during the Chapter 11 process, we will continue to deliver welcoming service and provide a safe environment for guests and team members, while serving fresh, signature products that only Ruby Tuesday can offer."

By April, amid the virus crisis, Ruby Tuesday had 281 locations that were offering delivery or carryout food.

As of Wednesday, "the Debtors have 236 Company-owned dining rooms that are open and are offering full dining services, albeit under capacity and other restrictions which continue to diminish the Debtors’ ability to sustain their operations at such locations.

"The Debtors do not intend to reopen 185 of their restaurants that were closed during the pandemic," records state.

Ruby Tuesday operates many area casual dining and takeout stores including one on Alcoa Highway, at McGhee Tyson Airport and on Broadway in Knoxville.

The company said it already has gotten support from secured lenders going forward. The goal is to cut debts and emerge as a leaner, more efficient operation. 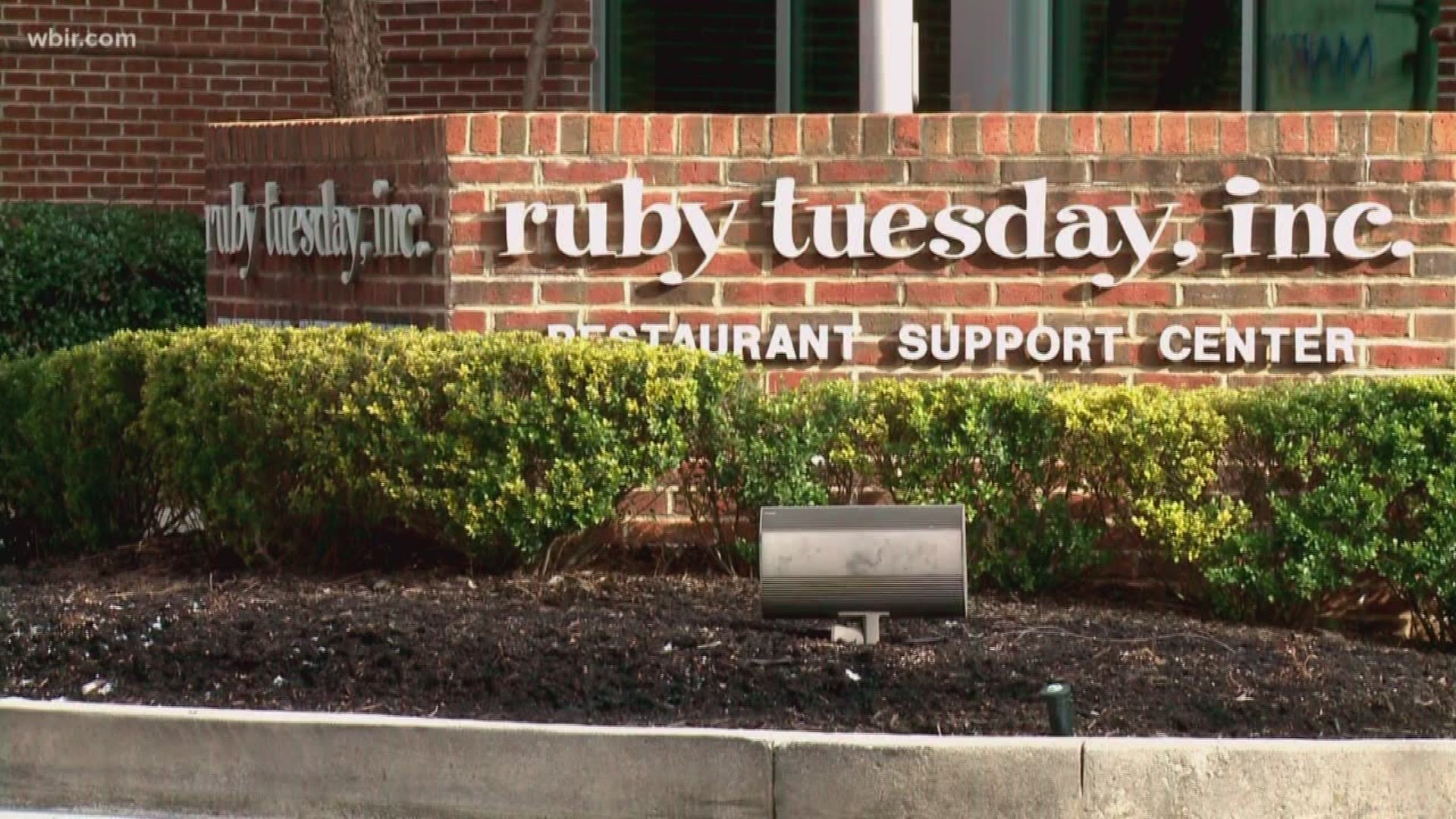 UT student Sandy Beall and some fraternity brothers started Ruby Tuesday in 1972 at what was then 711 20th St. near campus. The name comes from a Rolling Stones song of the 1960s.

Beall would spend 40 years with the chain.

It grew to 12 restaurants, and in 1982 Morrison Restaurants Inc. took it over. The chain grew to several hundred. It became a franchise in 1997. 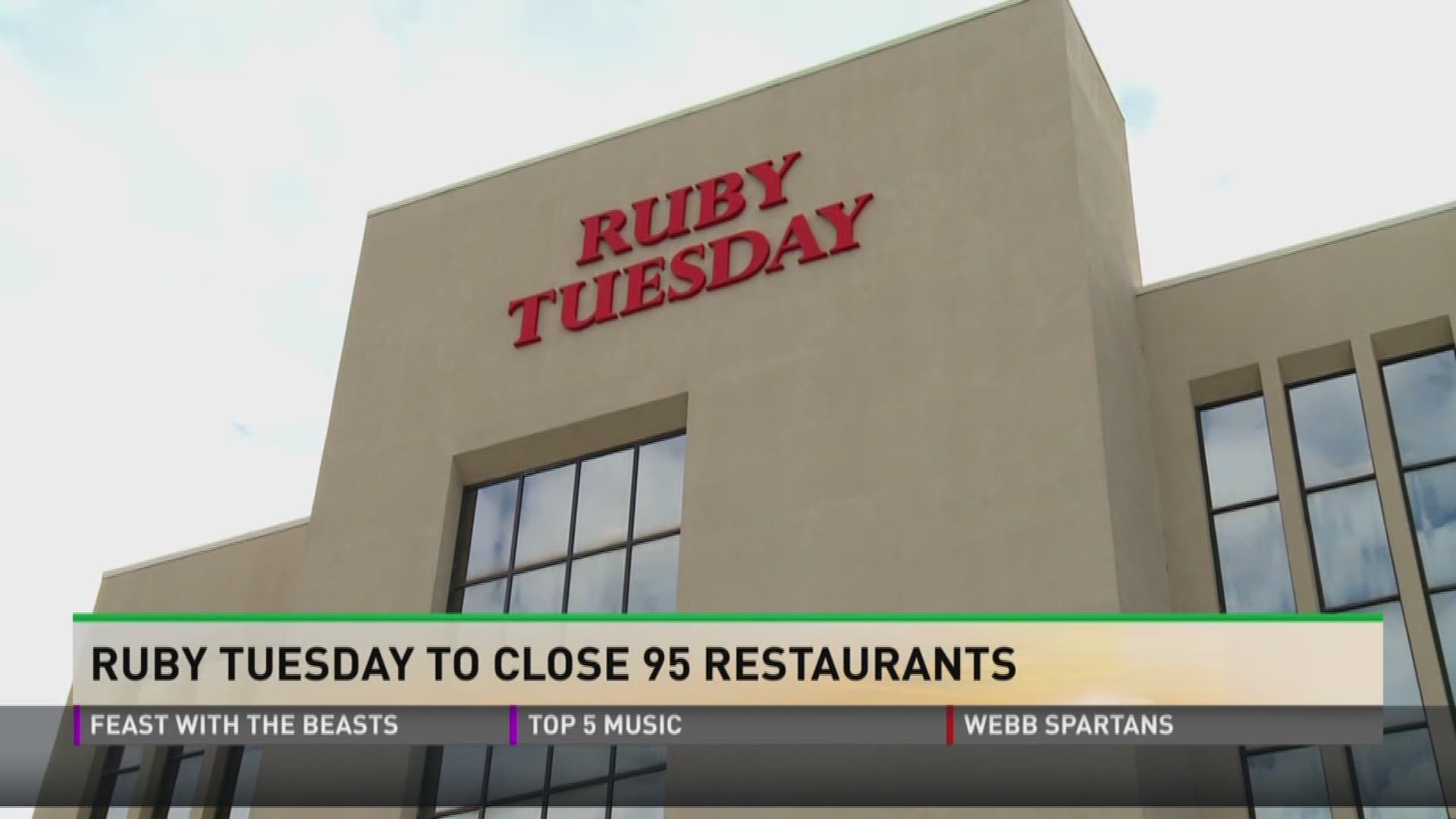