Proposal to license more lobstermen put off to next year

More than 200 people are waiting for a state license to harvest lobster, and the annual haul has grown in volume and value this decade. 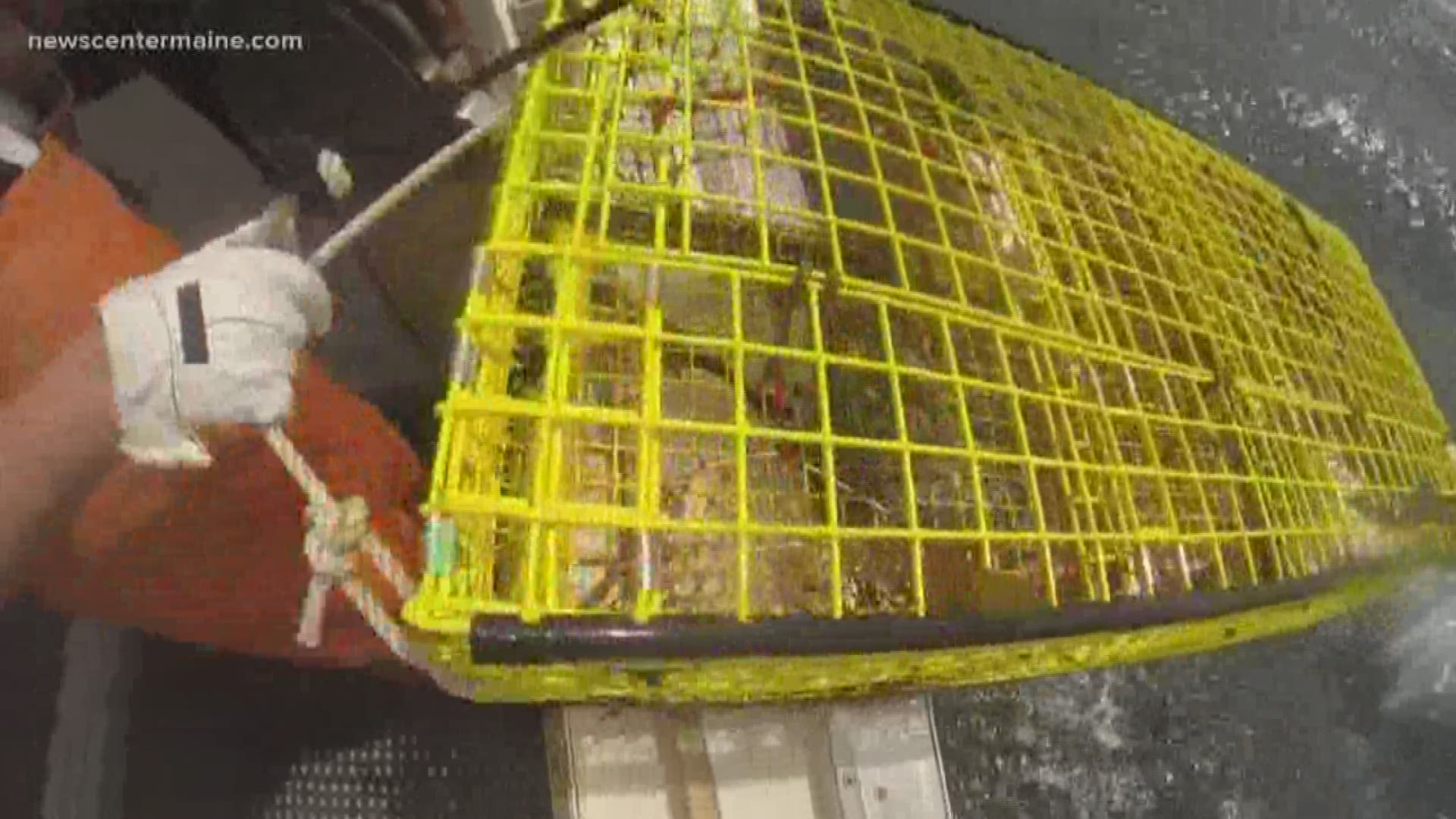 PORTLAND, Maine — A proposal to let dozens of new lobstermen into Maine's signature fishery is going to be put off until at least 2020.

More than 200 people are waiting for a state license to harvest lobster, and the annual haul has grown in volume and value this decade. Earlier this year, state Rep. Joyce McCreight, a Democrat of Harpswell, proposed bringing people into the fishery if they've been waiting for 10 or more years.

McCreight said she's going to withdraw the bill from the current legislative session and consider bringing it back in the next session, which starts in January. The lobster industry is facing too much uncertainty to bring more than 50 new fishermen in at once, she said.

Lobstermen have had several productive years in a row, but this year the business is facing a bait shortage and potential new fishing rules to protect rare whales.

"We're going to soon have info about whales and bait. Let's see what we get," McCreight said. "I'd like to have a bill — let's not kill it."

Many members of the lobstering industry were skeptical of McCreight's proposal from the beginning and some said holding it over until the next session is a good idea. Bringing new fishermen into the business could have also hurt the state in ongoing discussions with regulators about new whale protection rules, said Kristan Porter, president of the Maine Lobstermen's Association.

"If we're looking at regulation changes, and in the middle of it we're increasing licenses, it doesn't look good," Porter said.

Forty-three lobstermen have been notified that they are eligible to come off the wait list this year through the normal process, said Jeff Nichols, a spokesman for the Maine Department of Marine Resources. The total number of names on the list will be updated once those fishermen purchase their licenses, he said.

Maine lobstermen brought nearly 120 million pounds of lobster to the docks last year, when it was valued at more than $480 million. That's well over twice the volume and value of the catch from 15 years earlier.