“I think we all feel confident and secure in the future, but are not going to take anything for granted, and will fight for every last dollar,” Pingree said. 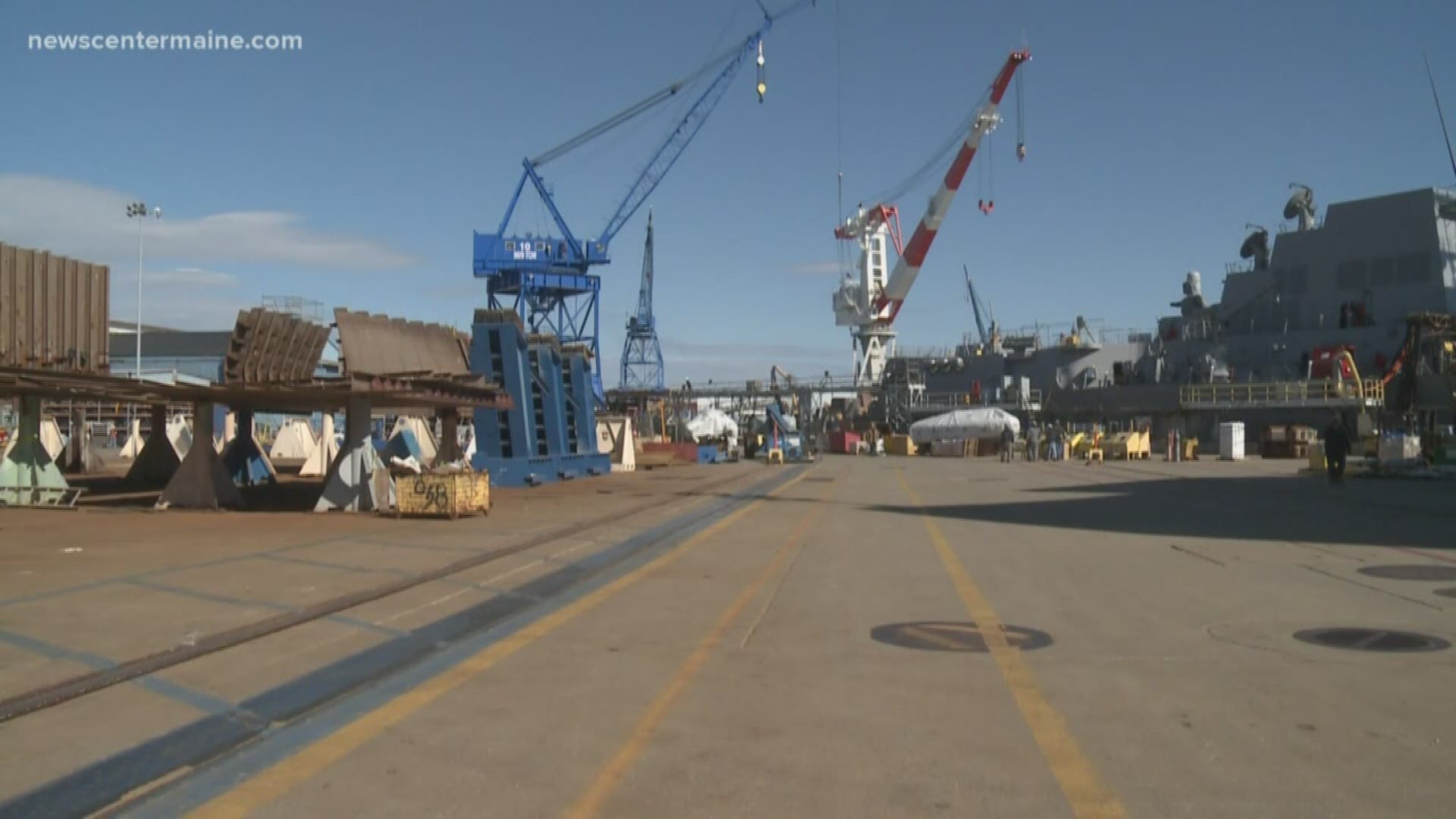 BATH, Maine — Maine’s two Members of Congress said they think the shipbuilding contracts at Bath Iron Works are safe from cutbacks by the Navy.

Rep. Chellie Pingree and Rep. Jared Golden brought the leaders of the House Sea Power subcommittee to Bath Friday to see the DDG-51 destroyers being built.

Bath currently has five of the ships under construction and has contracts for six more. Last month it was reported by defense analysts in Washington that the Navy wants to scale back the destroyer program by $9 billion, threatening some of those contracts. Bath is one of only two yards that build the ships, and any cut to the DDG program would presumably affect both.

Pingree, and Golden, along with Rep. Joe Courtney (D-CT), the Chairman of the subcommittee, and Ranking Member Rep. Rob Whitman (R-VA) all say Congress would have to approve any Navy cuts and said that’s not likely to happen.

“I think we all feel confident and secure in the future, but are not going to take anything for granted, and will fight for every last dollar,” Pingree said.

Courtney and Whitman both praised Bath Iron Works and the workforce and said their committee strongly supports the shipbuilding program there, as well as the goal of a larger Navy fleet.

“We understand how critical it is for this nation to have this (BIW) industrial base, to have the talented shipbuilders in Bath,” Whitman said.

“This is a critical national asset, this is a national treasure,” he added.

The tow subcommittee leaders said they had each visited BIW before, and were impressed by both the technological changes and additions to the workforce, after hundreds of retirements of long-time workers led to a major hiring effort.

“What we saw today,” Courtney said. “Number one, we see a new workforce, a lot of young people, more diverse, lot of young women in the metal trades which is exciting to see. These are great opportunities.”

Rep. Golden, who serves on the Sea Power subcommittee, said the success of BIW is felt far beyond Bath. He said workers at the shipyard “come from 15 of the 16 counties in the state of Maine.”