Parts of former midcoast corporate retreat to be sold at auction

“It is mind-boggling,” said auctioneer John Botero of Thomaston Place Auction Galleries, who is overseeing the auction of parts of Point Lookout resort in Northport. 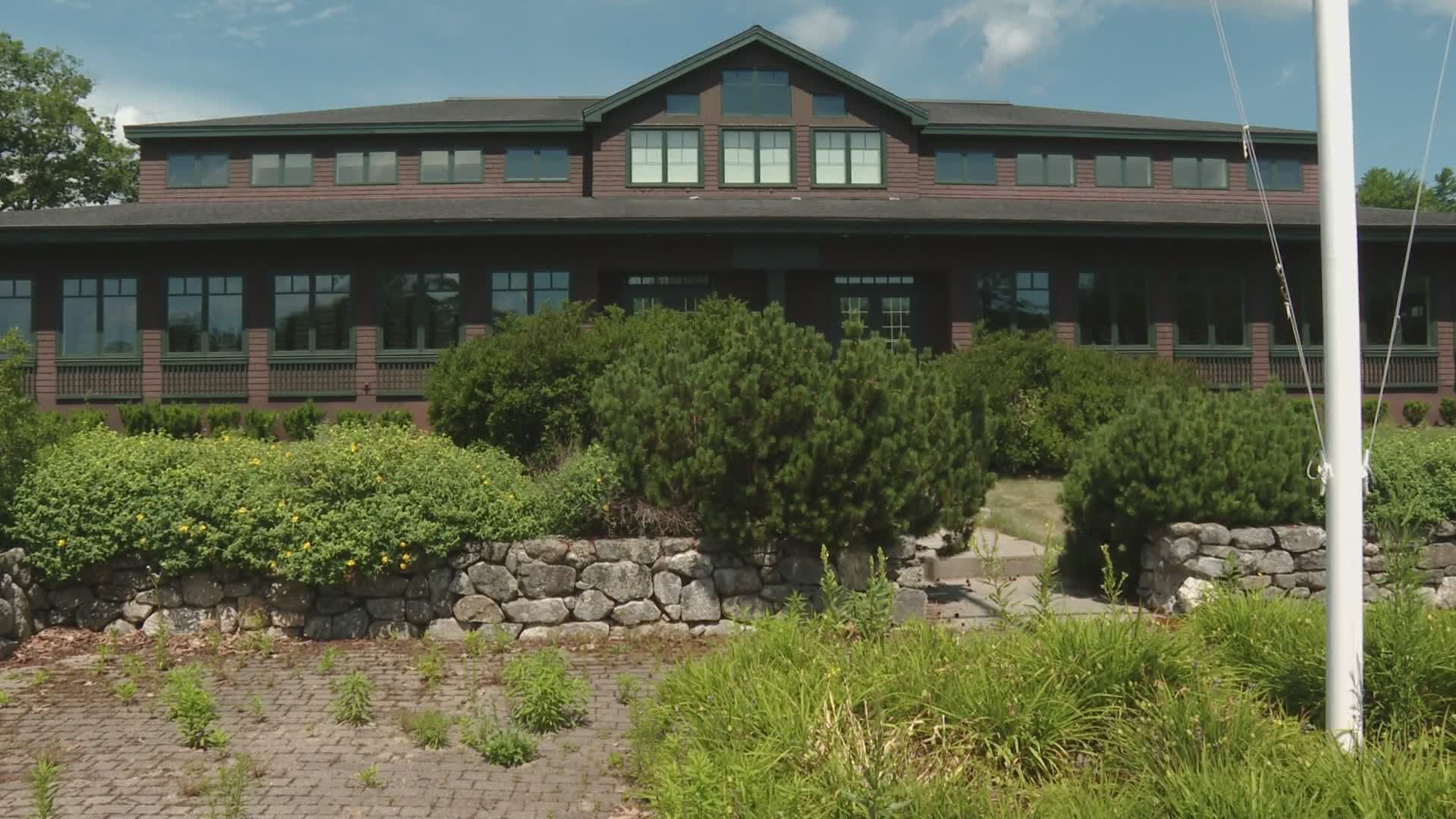 NORTHPORT, Maine — Maine sees lots of auctions each year, but next week will be unlike any of the rest. Parts of the Point Lookout resort in Northport will be sold off, as the huge former corporate retreat will be scaled back in size.

Point Lookout was built more than 20 years ago by the credit card company MBNA, which employed thousands of people along the midcoast at the time. The complex was built on a hillside above Penobscot Bay, featuring large, elaborate facilities for conferences and other events, a full gym, fitness center, and bowling alley. Elaborate landscaping graced the grounds of the retreat. The company also paid to build a high quality, artificial turf soccer field, which has been used often over the years by area schools.

And there are more than 100 cabins, from one to three bedrooms in size, originally built for employees to use and more recently available for weekly rentals.

“It is mind-boggling,” said auctioneer John Botero of Thomaston Place Auction Galleries, who is overseeing the auction next week of some of the buildings and contents.

“You notice as you look around here, the credit card company was totally tech-based, there is not a telephone pole to be seen, everything underground, all the roads engineered, everything was done perfectly.”

The same was true of the buildings and fixtures, all done high end, he says. That level of size and quality came with a high price tag, estimated to be in the hundreds of millions of dollars.

But after MBNA was taken over by Bank of America, priorities changed. Point Lookout went through several owners, and the current one family corporation from Montana—has decided it cannot afford to keep the resort as it has been.

"Maintenance, overhead, keeping this since MBNA has never been sustainable,” said Botero.

So, on August 5, he will auction off all the contents and fixtures in the main building, Hedges Hall from chairs and tables to dishes, commercial kitchen equipment, and even the life-size taxidermy moose.

Then the building will be sold off for salvage of materials, including the huge furnaces and tanks in the basement, and finally what’s left will be torn down.

Several other smaller buildings are to be sold and moved off the site. The same treatment is planned for the eight-lane bowling alley, which Botero says will be auctioned off two lanes at a time.

Botero says the website for the auction, www.pointlookoutauction.com, has had “thousands of people liking at the items to be auctioned off," and he believes there is a lot of interest from both commercial customers and individuals, including former employees and visitors with memories of Point Lookout in the glory days.

But he also says parts of the resort will remain.

The fitness center with a full gym and other facilities is being leased out to a private operator. Many of the cabins, he says, are going to be handled in a similar way, to create a new, smaller resort, though some will be sold and removed.

The soccer field will also remain and be available for use, he says.

The spectacular, mountain top summit building, with sweeping views of Penobscot Bay, will become the home for the owners.

Botero says what’s left of Point Lookout won’t be the same, but that he is glad to have the memories of what it once was.