The Village Trading Post owner says the fire started in the basement and everyone made it out safely. Now, he's hoping to rebuild. 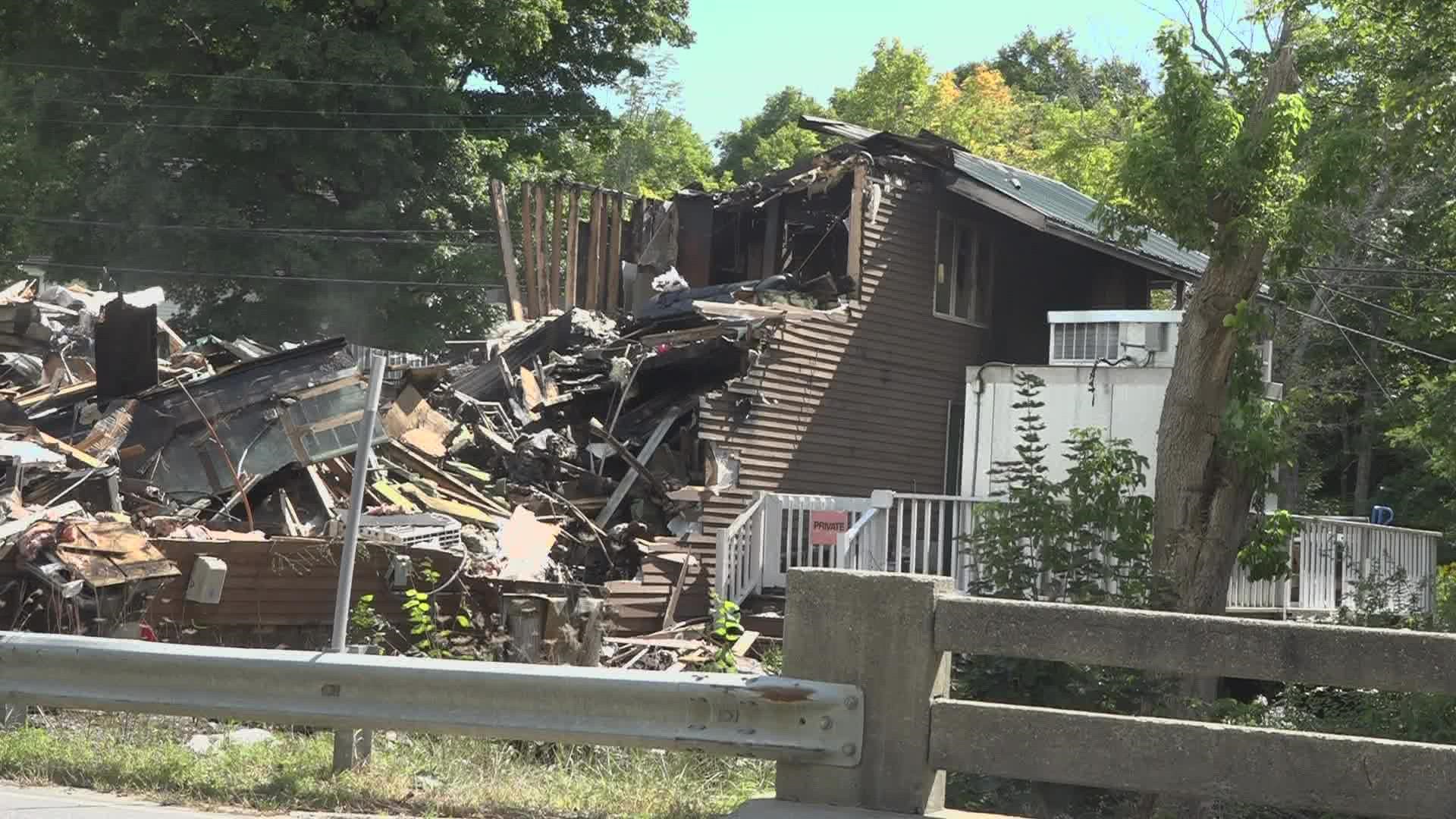 MINOT, Maine — On Saturday morning, September 11, the Village Trading Post in Minot was filled with smoke and fire.

The business owner, Dave McGowen, said he initially thought the smoke was coming from the kitchen but quickly determined a fire had started in the basement.

McGowen said he moved quickly to get his employees, customers, and the upstairs residents out of the building. He said no one was injured in the fire, although his hair and eyebrows were singed from the flames.

According to the Mechanic Falls Police Department, the fire started around 9 a.m. The Androscoggin County Sheriff's Office said nine fire departments worked to put out the fire over the next five hours.

The State Fire Marshall's Office has been investigating the fire since Saturday. Officials have still not released details about the cause of the fire.

When folks in the community heard about the fire, they quickly took action to help. Several fundraisers, including a spaghetti supper, bake sale and raffles have been organized for a date in mid-October.

A Friends of the Village Trading Post Facebook page was created by several locals on Saturday. That is where people are coordinating fundraising efforts.

The Village Trading Post building also housed a local post office and an apartment. The couple who lived in the upstairs apartment, Kimberly and Frank LeClair, lost everything in the fire.

Now, their niece Elizabeth Perkins has started a Go Fund Me page to support the couple. On the page, Perkins writes, "This go fund me will help them get clothes and the bare necessities that they are going to need to rebuild their life. Any donation would help no donation is too small thank you for all the love and support."

U.S. Postal Service workers surveyed the damage Monday. The workers say all the mail has been recovered. For now, the town's other post office on Minot Ave. is expected to handle all the mail.