The wage increase that took effect on January 1 is the fourth since 2016, and Wilbur says the ongoing increase in labor cost has had an effect. 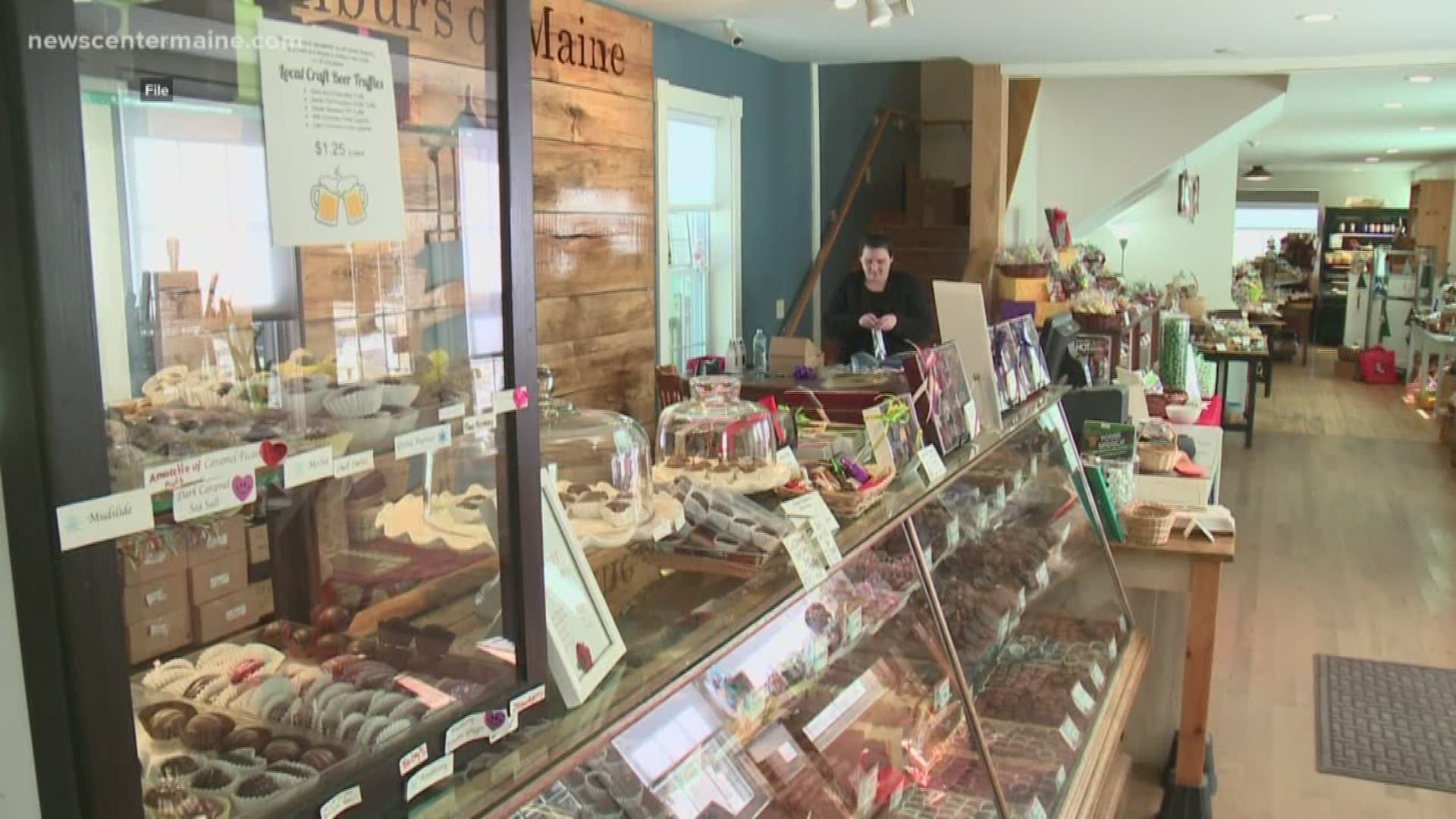 FREEPORT, Maine — The first week of January is cleaning time at Wilbur’s Chocolates in Freeport. That’s why owner Andy Wilbur and two co-workers were crawling on the floor, rebuilding one of their chocolate-making machines. Those co-workers have been with Wilbur’s for some time, and he says they earn well above Maine’s new, $12 minimum wage. Most of the company’s 38 employees do, he says, with only new hires and student workers generally making the minimum.

The wage increase that took effect on January 1 is the fourth since 2016, and Wilbur says the ongoing increase in labor cost has had an effect.

“So things are on a really tight margin, to begin with. Many of our employees actually make more than my wife and I do in running the business,” he said.

Advocates for raising the wage, led by the Maine People’s Alliance, led a successful referendum campaign in 2016 that saw Maine voters support a higher wage. Mike Tipping of the MPA says the pay raises for those workers have paid benefits for them and the state economy, and that opponents were wrong.

“The prophets of doom were all incorrect. Not only have we seen record low unemployment, but we see more small businesses open, higher wages, more hours more jobs, the effect of the minimum wage increase has been incredibly positive,” Tipping said.

Business advocates, like Curtis Picard of the Retail Association of Maine, say the problems faced by smaller and rural businesses have been overlooked.

“The small businesses, mom and pop shops, the ones that try to hire young people are feeling it the most. Independent grocery stores, that operate on very thin margins to begin with.”

Maine, together with Connecticut, now has the second-highest minimum wage in New England. Massachusetts increased its wage to $12.75 on January 1. Vermont and Rhode Island both have a $10.50 minimum, while New Hampshire still adheres to the federal minimum wage of $7.25.

The exact number of people who will see higher wages is harder to determine. The People’s Alliance predicts as many as 170,000 will see raises this year as a result of going to $12. The Maine Department of Labor says it doesn’t have recent statistics for those earning minimum wage, but cited some from 2018, saying at that time there were “about 129,000 people earning less than $12.00 per hour.”

That means businesses will likely face further increases next year.

“There is no employer I know of that’s not talking about this, and you can see the impact on retail,” Andy Wilbur said.

He says retailers in Freeport and other places are being squeezed out by the rising labor costs, along with tough competition from online retail. Wilbur says he has had to raise prices on the chocolates they make, actually lost some retail and wholesale customers as a result.

“There’s no doubt that those two factors, online sales paired with a minimum wage increase, are the two killing blows.”

Mike Tipping of the Maine People’s Alliance doesn’t buy it.

“Prices are level, incomes are up, unemployment is down, basically its been positive across the board,“ Tipping said.