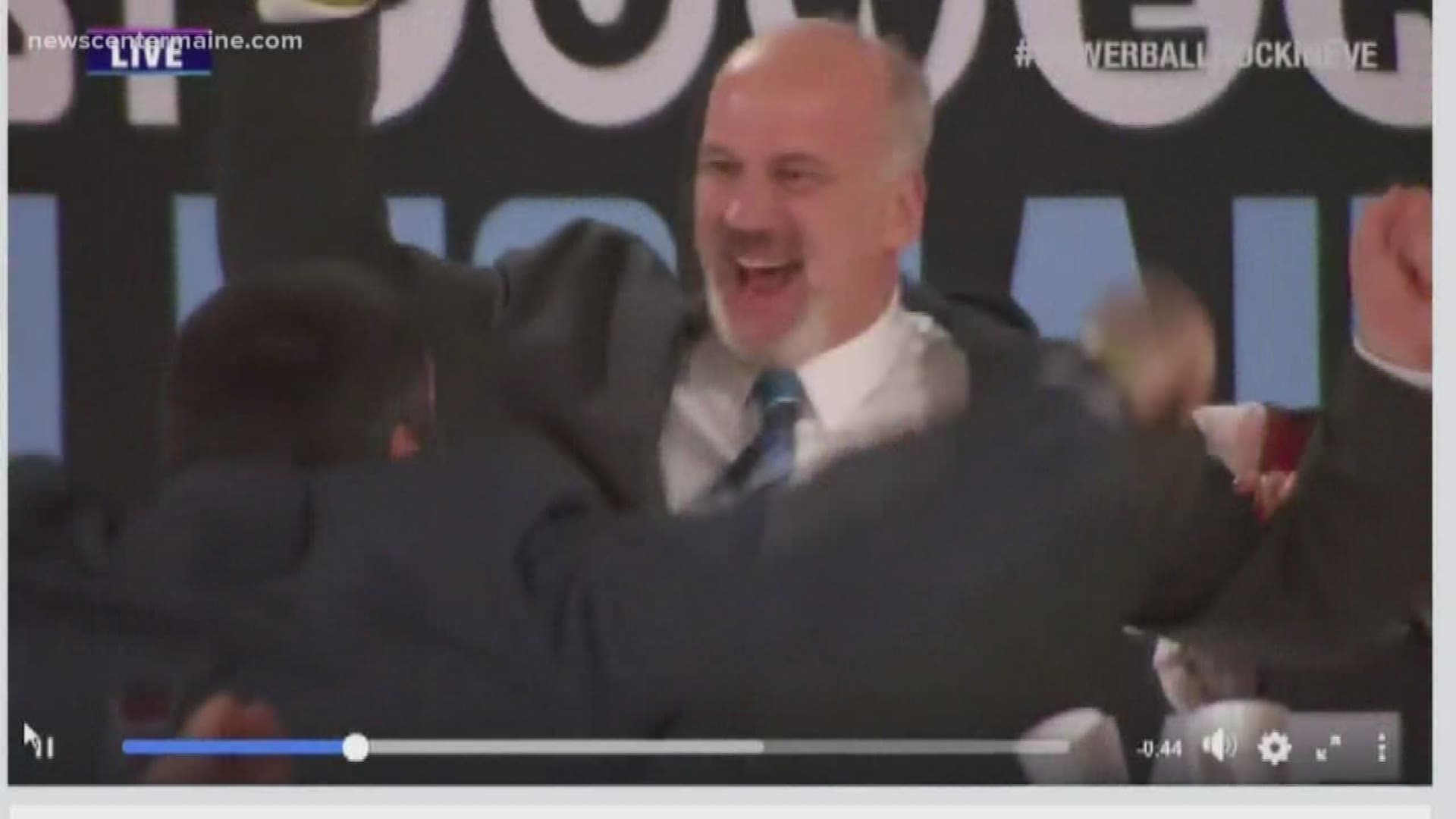 NEW YORK CITY, N.Y. — Shortly after midnight, the country crowed its first POWERBALL millionaire of the year, and it was none other than Maine's own Blaine Marston of Howland.

"I can’t even believe it, this is unreal," said Marston. "Like I’m dreaming!"

"Congratulations to our first POWERBALL Millionaire of the Year!" said Gregory R. Mineo, POWERBALL Product Group Chairman and Maine Lottery Director. "This has been an exciting night in POWERBALL history. We look forward to creating even more millionaires in the New Year, while raising money for good causes supported by lotteries."

Marston was one of more than 300 winners who were selected from across the country to go to New York for the celebration and a chance to win $1 million.

Marston is expected to take home roughly $710,000 from his winnings after taxes.