Maine ranked 10th most charitable state in the nation

WalletHub released a new study ranking the most charitable states. Maine landed at No. 10. 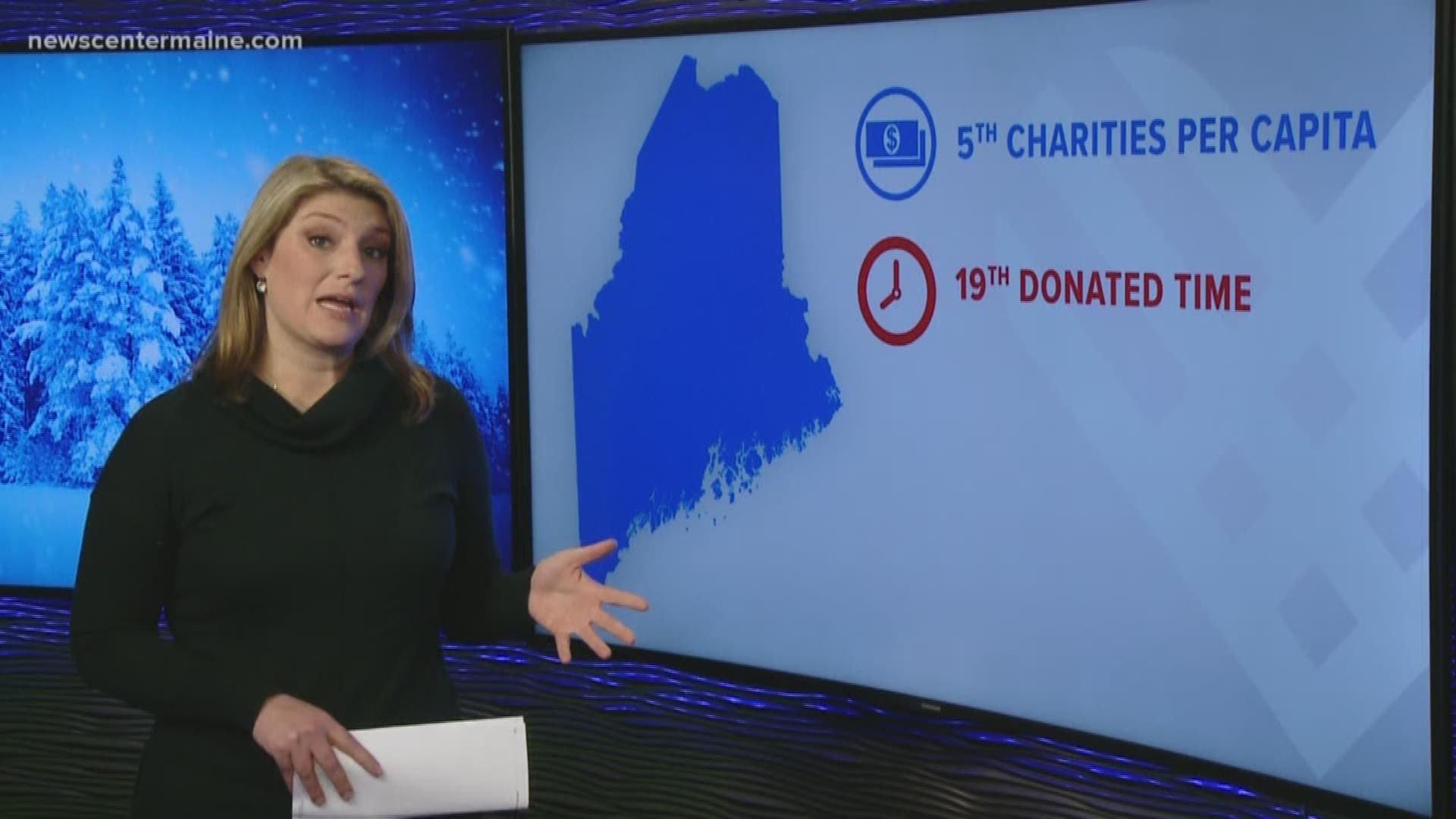 MAINE, USA — The latest World Giving Index shows that the United States has been the most generous country over the course of the last ten years.

Today, a new study breaks the generosity down state by state.

Released by the personal-finance website WalletHub, Maine comes in at No.10 on the 2019's Most Charitable States list.

Maine lands at No. 6 for 'volunteering and service' and No. 28 for 'charitable giving,' contributing to its overall ranking.

To get the data, WalletHub compared the 50 states based on 19 key indicators of charitable behavior. The data set ranges from volunteer rate to share of income donated to share of sheltered homeless.

Minnesota ranks as No. 1 most charitable state overall.

RELATED: 'Giving Tuesday': Making sure your donation isn't a scam

RELATED: VERIFY: How to make sure a charity is legit and not get scammed on #GivingTuesday