Maine Medical Center in Portland received $10.5 million in gifts which will help finance their oncology center and a new helipad. 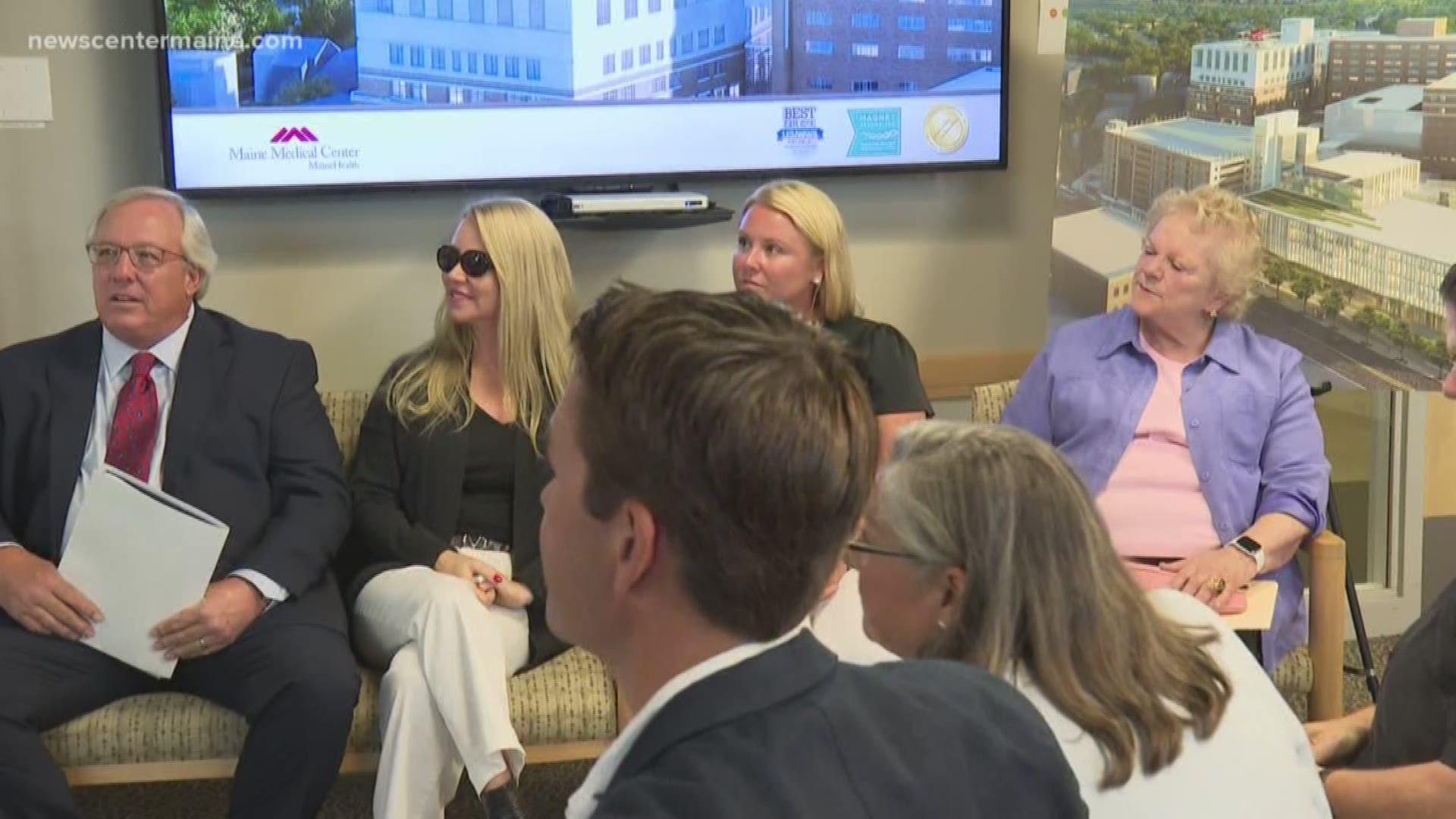 A $7.5 million donation is the largest gift from a single family the hospital has ever received. Paul and Giselaine Coulombe and their daughter, Michelle Coulombe-Hagerty gave the historical pledge and the hospital's East Tower will be named after them, The Coulombe Family Tower. It will house the new Oncology center and 64 new patient rooms.

Paul Coulombe spoke about what motivated his family's decision after his wife needed treatment.

“In 2016, we, unfortunately, discovered that my wife had ovarian cancer,” said Coulomb. "We had three big experiences, intimate experiences, here at Maine Medica,l so you can see how it has impacted us and making us want to give the gift.”

Giselaine Coulombe also had a bout with breast cancer and recovered from a dangerous a bacterial infection.

The Beans are known supporters of Lifeflight of Maine. Their family name is on the side of one of the helicopters for previous fundraising efforts.

“We've at times had to divert, either to the airport and then pick people up by an ambulance, which of course delays the care," said Richard Petersen, the CEO of Maine Medical Center. "The ability for us to have two of these helipads at a place like Maine Medical Center will certainly make a difference to the patients."

The Coulombe Family Tower sits above the Emergency Department at Maine Med and is home to the Labor and Delivery unit, along with other women’s and children’s services.

“Maine Medical Center has played a huge role in our lives, particularly my wife’s life, in the last five years,” said Paul Coulombe. “We live in Boothbay Harbor, which is a rural community, so Maine Medical Center is critical not just for Portland or Cumberland County, but it certainly plays a big role for the entire state of Maine.”

Paul Coulombe is an entrepreneur originally from Lewiston. He and his wife Giselaine, a cancer survivor who received care at MMC through the MaineHealth Cancer Care Network, have made many philanthropic donations through the years.

The Linda and Diana Bean Heliport is expected to open by fall and the $534 million modernization and expansion project is scheduled to be completed by the end of 2019.