Data from the Gulf of Maine Research Institute says since 1982, the temperatures in the Gulf have warmed about 2.3 degrees Fahrenheit. The summer of 2018 saw higher surface water temperatures than ever. 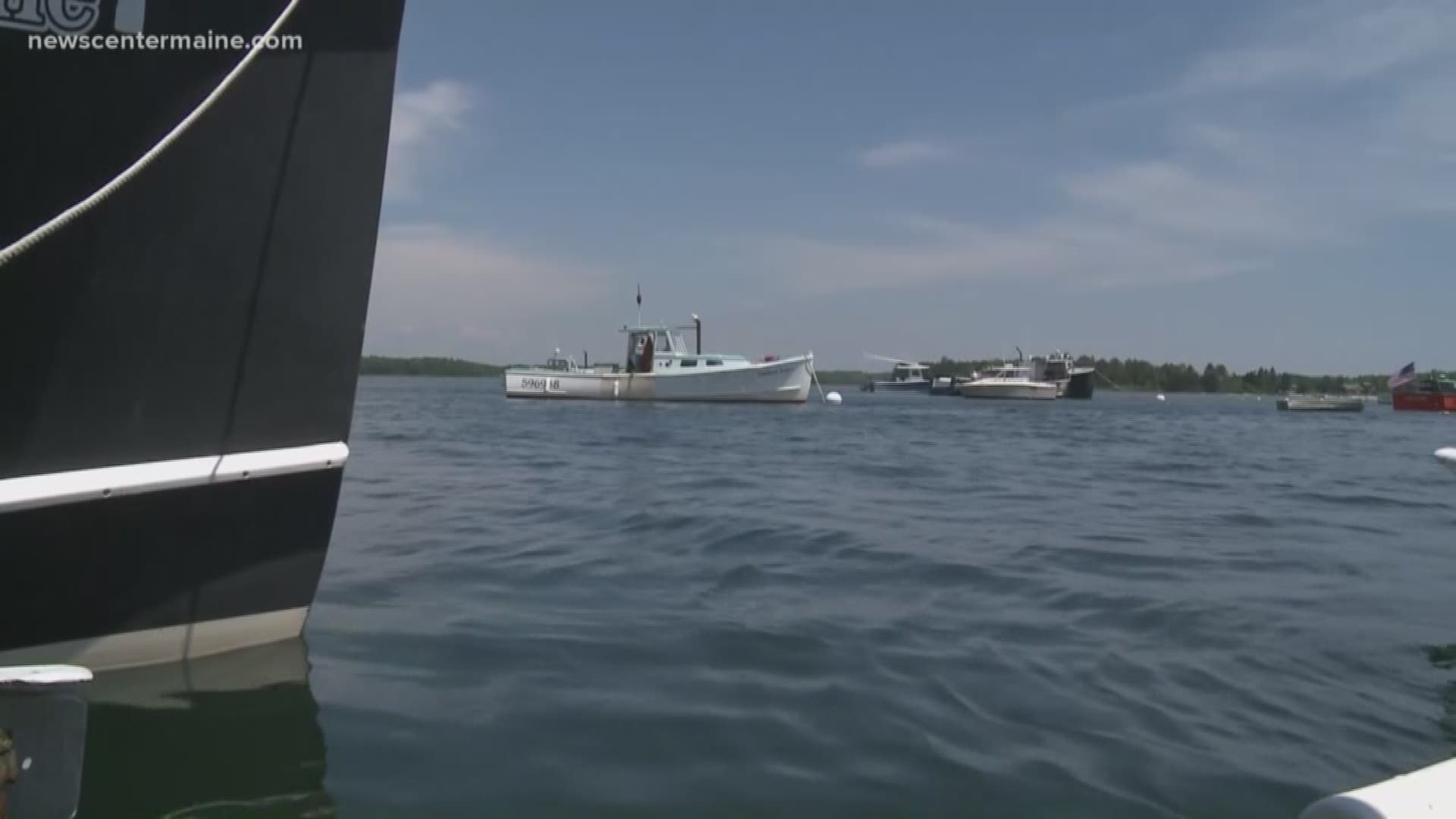 SOUTH THOMASTON, Maine — People who work the sea say Maine’s climate is changing, and the evidence is all around them.

"I see warm water species in my traps," says lobsterman David Cousens from South Thomaston. "Trigger fish, sea horses -- I never saw a sea horse except in an aquarium. Black sea bass -- there were never any of those before."

Mid-Atlantic species in Maine coastal waters is just one piece of the evidence that a changing climate, with warmer ocean waters, is already having an impact here. Cousens, the former president of the Maine Lobstermen’s Association, says he has been tracking sea surface temperatures in the waters of  Penobscot Bay, just off his home in South Thomaston, for the past 40 years.

"The temperatures from the early 80's to the present -- it's about 2 to 2.5 degrees Fahrenheit warmer in the summer,” he says.

That corresponds with data from the Gulf of Maine Research Institute, which says since 1982, the temperatures in the Gulf have warmed about 2.3 degrees Fahrenheit. Gulf of Maine Research Institute's Chief Scientific Officer Andrew Pershing says the summer of 2018 saw higher surface water temperatures than ever, with a monitor buoy a few miles offshore registering 69 degrees in early August.

Besides luring mid-Atlantic species into Maine waters, the warmer water has actually helped increase lobster populations over the past 20 years. Cousens says it has reached what he calls the "sweet spot" for the growth of small larval lobsters.

There is concern, however, that higher in-shore water temperatures may be pushing small lobsters farther offshore to deeper, cooler waters. There is also concern that if Gulf temperatures keep climbing in years ahead, it could lead to an increase in lobster shell disease. That disease led to a collapse in lobster catches in southern new England after temperatures spiked in the waters of Long Island Sound, off of Connecticut and Rhode Island.

Maine waters have not reached those same temperatures, and people in the lobster industry say Maine only sees a small amount of shell disease currently. But Dr. Rick Wahle, director of the Lobster Institute at the University of Maine, says they still keep a close watch in case it increases.

There are other concerns, too. Maine’s shellfish aquaculture industry says it has concerns about ocean acidification, which can weaken developing shells of oysters and other species.

Bill Mook, of Mook Sea Farm on the Damariscotta River, says he had to install special treatment for the river water in his oyster hatchery to cure an acidification problem. Mook also says he is concerned that climate change is increasing the number of heavy rain storms, which result in shellfish harvesting closures in the coastal rivers because of pollution runoff.

The other big concern that's already prompting action along the coast is the threat of rising sea levels. Suzi Arnold, a scientist for the Island Institute, says that, too, is about ocean water temperatures.

"It has to do with the climate warming, so warm water expands as it heats up -- thermal expansion. That’s a big factor," Arnold says. She added that melting ice in  Arctic regions is also a factor, though a lesser one.

The rise is already happening, says Arnold, though it may not be instantly visible. She says there are more storms with high tides that flood docks, or low lying streets. And she says that impact will increase.

"Fortunately, the majority of our big storms have not come at a very high tide," Arnold says, but then warns that if an astronomical high tide were to coincide with a major ocean storm "it's entirely possible for us to have an equivalent of super storm sandy in Maine.”

Sea level rise concerns are promoting some shore-front communities to study the need for changes to roads, buildings, and even sewage treatment plants to make them more resilient to higher water.

A real estate agent in mid-coast Maine says buyers of waterfront property are now facing problems getting homeowner’s insurance. He says a number of companies won’t even issue the coverage because of the potential threat from sea level rise. He says those few companies that will still cover newly-purchased waterfront homes are charging much higher rates for those policies.

Is there a solution?

But much of the attention to climate may be about mitigation -- finding ways to deal with the problem, making coastal communities more resilient, and planning for future impacts on various fisheries.

And, since climate change is also a political issue, there is still not universal agreement on the problem or the cause. David Cousens estimates that says about half the fishermen at his Spruce Head co-op agree with him. Others, he says, may agree there are changes but don’t accept the long term projections of major, permanent change.

Cousens, however, says he has no doubts.

"99 percent of the scientists in the world say climate change is caused by humans. I’m not going with the one percent -- I believe we are affecting it. Can we change it? Probably can’t do much until the world changes its habits, but we can attempt. We can start to educate people to start to do things smarter."