Maine cities and counties look ahead to more federal dollars

More than $1 billion of COVID relief will go to the state while more than $650 million will be shared by Maine counties, towns, and cities. 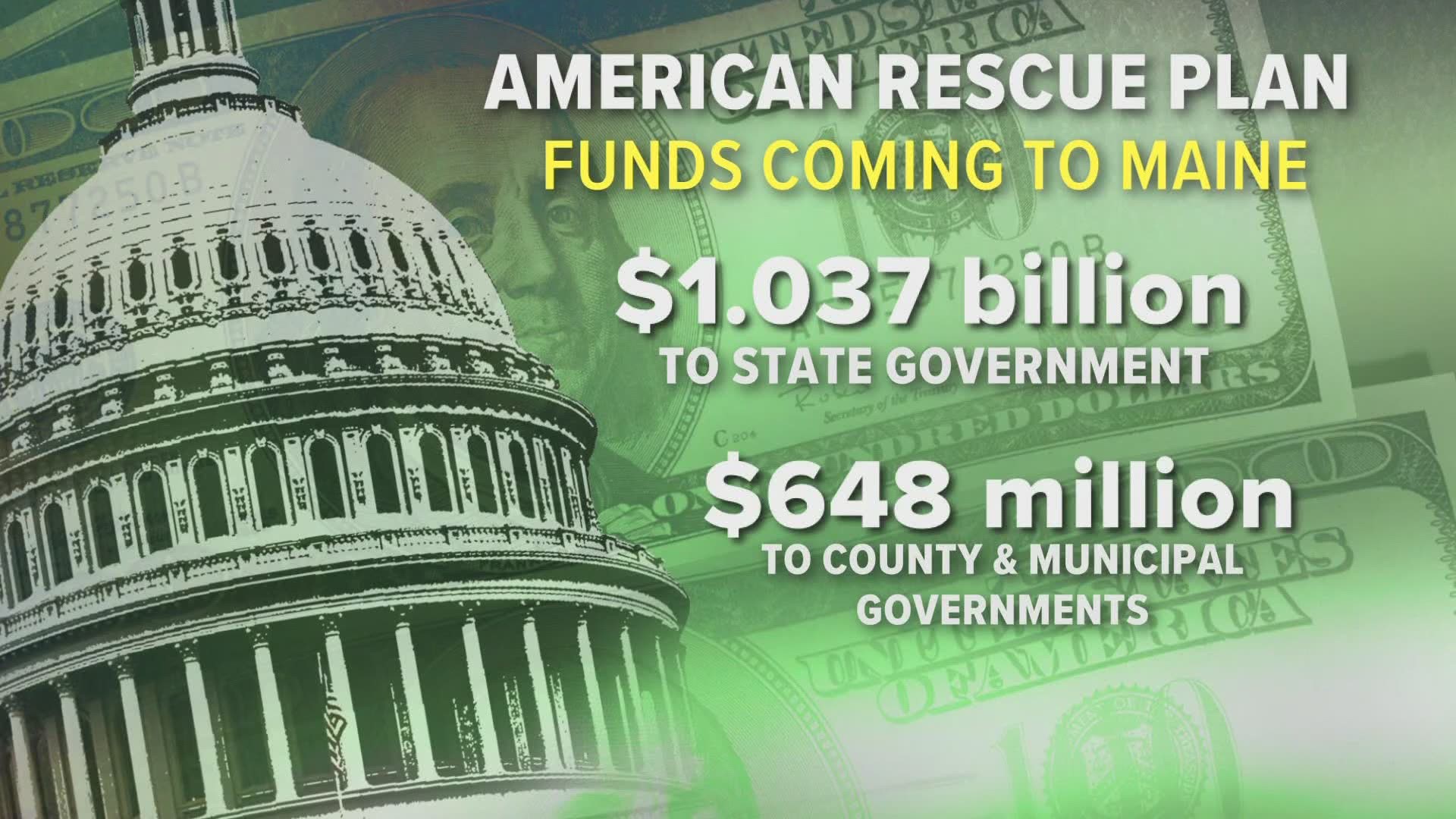 That’s how Kennebec County Administrator Bob Devlin described his reaction when he found out the county would be getting $23.7 million in COVID relief funds through the American Recovery Plan.

It’s a small piece of the money coming to Maine this year and next from the plan, according to the staff of Congresswoman Chellie Pingree. They say cities, towns, and counties will be sharing $648 million, while state government will receive more than $1 billion, plus more than $500 million for education.

Schools and state governments also received money last year through the federal CARES Act, but local and county governments did not. This time the program includes those other levels of government, although Devlin, the county administrator, admits it may be a challenge to Maine counties to use the money since they don’t provide many of the services counties do in other areas of the country, at which COVID relief funds were targeted.

“It's designed for counties out west that do more municipal activities than we do,” Devlin said. “They talk wastewater and water (but) we don’t do that. Housing, we have housing authorities”

Devlin said he envisions Kennebec County partnering with area non-profits on things like housing or transportation programs, and also working with some of the towns and cities to help expand broadband.

“Some of our rural towns in the county have been chasing upgrading broadband for a number of years, one of the uses will be broadband and that’s a no-brainer.”

The City of Augusta has a smaller amount of federal money to deal with— $900,000 each year for two years—but City Manager Bill Bridgeo said they can find ways to use it. He said the city has definitely had new expenses because of the pandemic.

“We do residential trash collection with city crews, and when COVID hit we had to go from three in the cab of a truck to two, so we had to put on another truck.”

He said that is a relatively small cost, roughly $50,000 per year, but one of several the city has had to absorb.

The city also lost most of the annual revenue from the Augusta Civic Center, while key expenses, such as debt service, a few staff, and maintenance, remained.

“Between the two fiscal [it’s] a million dollars and that has to come out of the city’s general fund balance, our savings account.”

Asked about the $900,000, the manager said it will help avoid a property tax increase.

Neither the communities nor the counties know all the details of how the money can and cannot be used. That information is expected to come from the federal government by sometime in May.

Bob Devlin said he is advising his own coworkers and colleagues in other counties to be patient and not be in a rush to spend the new dollars.

“I sent an email to counterparts across the counties, and mentioned to them the salesmen are circling like seagulls at a dropped bag of popcorn,” Devlin joked.

“They’re showing up at all, [talking] about the new whiz-bang we have to have. And I tell everyone, 'hold off, we don’t know what the rules are yet.'”