Airbnb reports that more than 295,000 guest stayed in Maine Airbnb's between Memorial Day and Labor Day 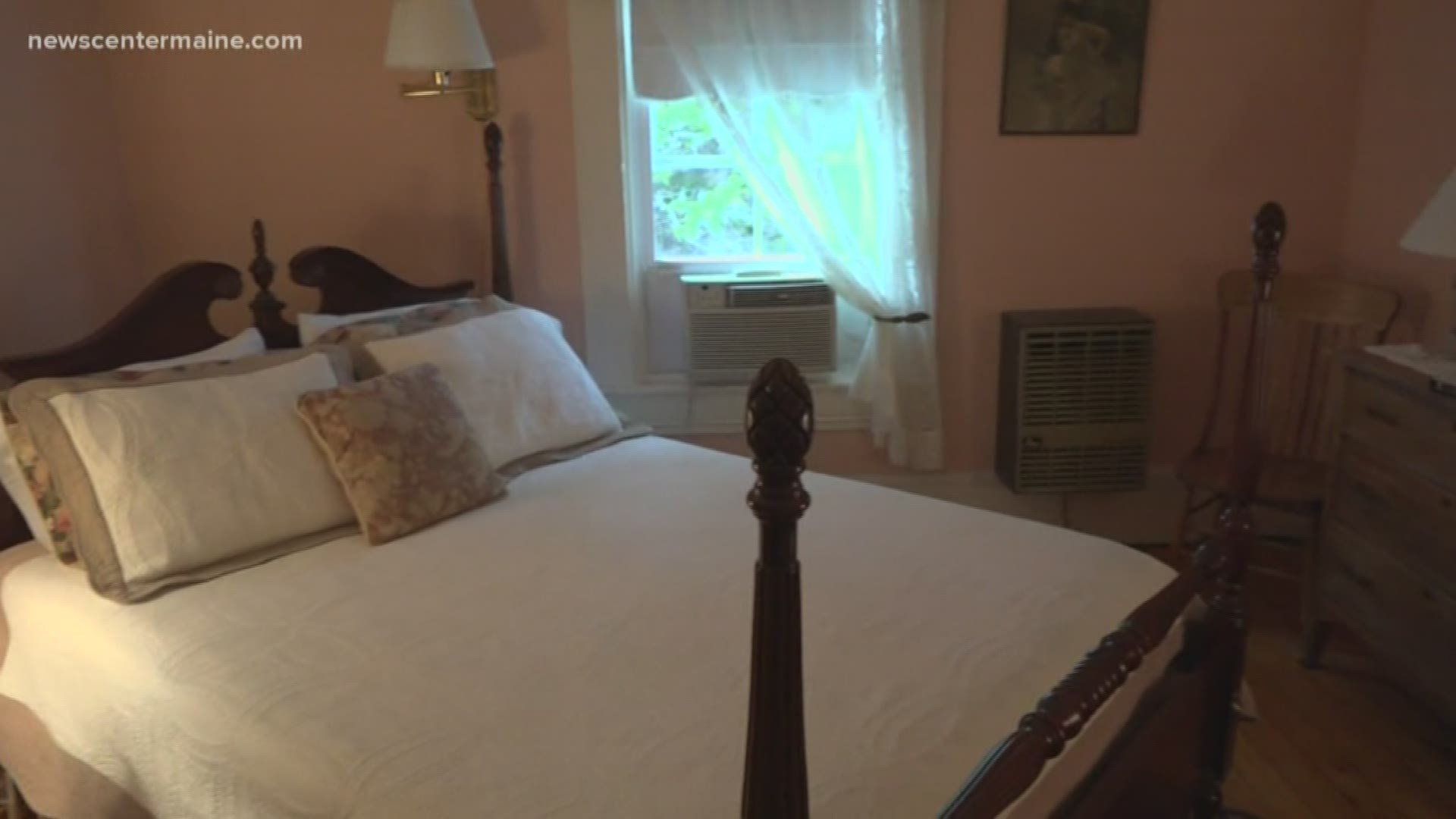 HANCOCK, Maine — Maine is certainly known as 'Vacationland' for a reason. With tourist destinations across the state, more and more people are spending time in Maine over the summer months.

The popular rental site Airbnb reports that roughly 295,000 guests visited Maine destinations this year through it's App. Airbnb adds that the number of guests renting in Maine through the company has nearly doubled in two years. It's a trend that Ellsworth Area Chamber of Commerce executive director Gretchen Wilson has seen in her community.

"There's definitely a demographic shift in ages that are so used to doing everything on their phone that this is just easy," said Wilson.

With more and more homeowners listing their place of residence of Airbnb, it's forced some inn and traditional bed and breakfast owners to change their strategy.

"Probably four or five years ago we said, we can't fight it any longer, and began to offer a limited number of Airbnb rooms," said Crocker House Country Inn owner Richard Malaby. "Once we got set up and started to do it, it was clearly a benefit. It's kind of that old saying if you can't beat them, join them," said Malaby.

Since listing some rooms on the Airbnb site, Malaby says he's seen new, and even younger guests coming to visit. "We're clearly capturing a market that we weren't otherwise able to penetrate," said Malaby.

Airbnb also added in its report, that Maine renters earned a total of $55.7 million in supplemental income. With a variety of rental opportunities, more and more homeowners in Maine are listing their homes on the site. It's causing some concern for businesses that are now unable to find housing for seasonal employees.

"It's really kind of a double-edged sword, with an increase perhaps in tourism beds, but a decrease in employee beds. So that really does hurt the area," said Wilson.

Wilson added she doesn't expect Airbnb's to impact the area's hotel business, but with limited housing in Hancock County to begin with, losing possible seasonal housing to short term rentals is concerning.

Despite that, however, Malaby plans to continue with the digital trend, and continue to list rooms at his inn on Airbnb.

"I think it's revolutionized a lot of things," said Malaby.