Fishermen said the lobsters came late last year, causing many to fear that they wouldn't make much of an income. 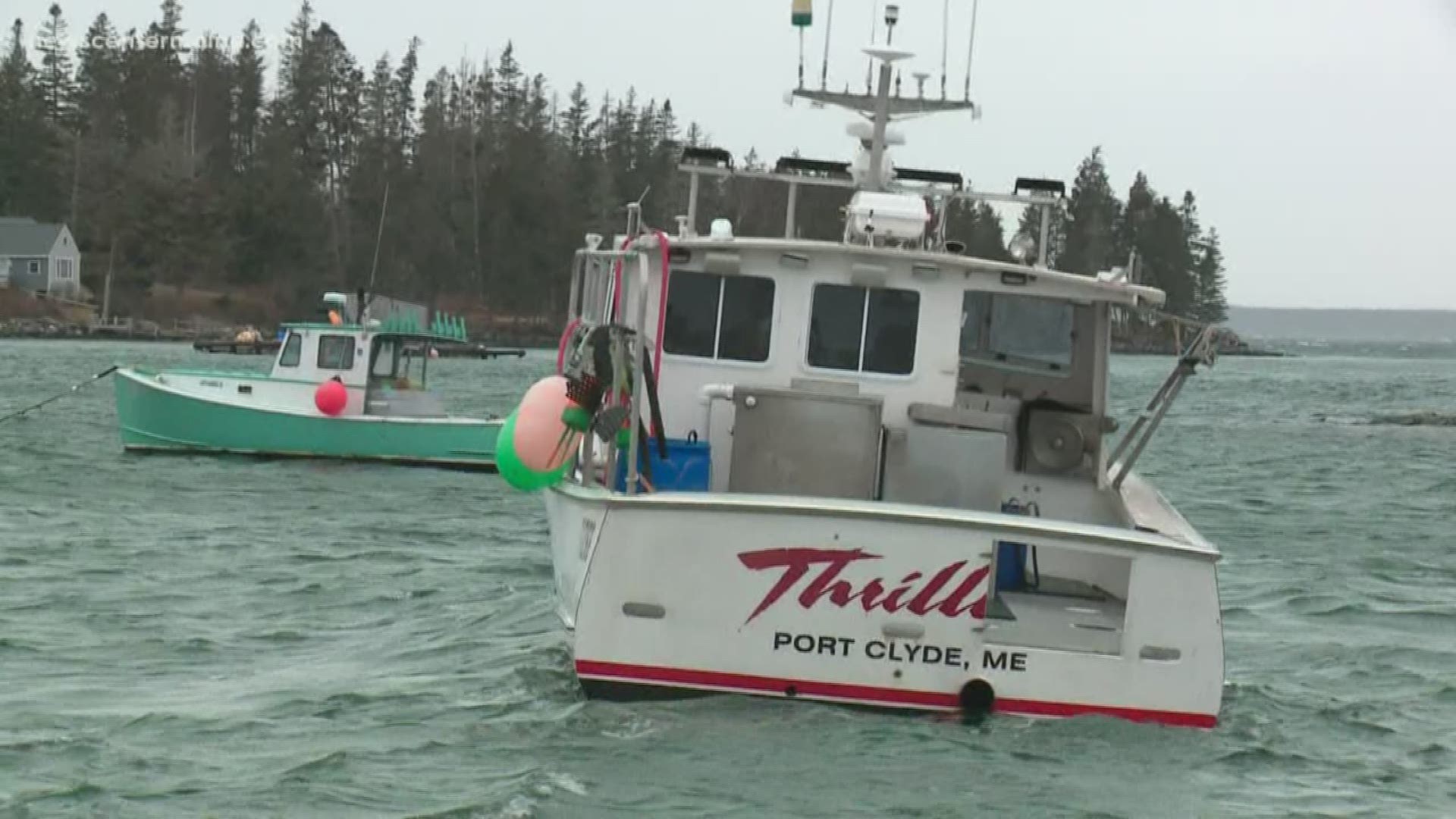 MAINE, USA — Maine’s 2019 lobster catch was down from recent years, but after worries of a big drop-off, fishermen say most of them still made money. That’s important to the fishing industry and to coastal businesses, many of which depend on income from Lobstermen to make their own profits.

For much of last year, the lobsters just weren’t showing up, and that had a lot of fishermen worried. After several record and near-record years, there was concern that predictions of a big drop in the catch had come true.

By late September, many parts of the coast were reporting the catch down 40 percent, and even the Commissioner of Marine Resources shared that number at a meeting of New England fisheries leaders. But then came November and December, and fishermen say the lobsters finally showed up.

Catches were big those two months, they say, and the industry made up some of the lost ground. Now the estimate is the catch for the year was down around 15 percent, at roughly 100 million pounds. Prices remained relatively high, throughout the season, and that allowed many Lobstermen to still earn good incomes, despite the reduced catch.

“They might be down on poundage but the price made up for it, so we’re gonna end up in a good place,” Jim Wotten of Friendship, a veteran fisherman and owner of the Friendship Co-op said.

And even the fall-off in the catch is apparently not a big worry for Gerry Cushman of Port Clyde.

“We’re still hovering around a 100 million pound fishery,” Cushman said. “ If you told my grandfather or father if they were alive, [that] we would do 100 million pounds of lobster they’d say you gotta be lying. Because it's still really, really good.”

The fishermen say some people who only fish inshore waters, and ended the season in September, didn’t make much money, but most who kept fishing did. And that ripples through the coastal economy. It means sales for boat builders, equipment dealers and others directly related to fishing, but also a wide range of other businesses see the benefits.

At Fuller Chevrolet and GMC in Rockland, sales manager Rich Mazurek said truck sales had a big surge once the lobsters started to show up. December, he said, was the dealer’s biggest new vehicle sales month ever.