Lobster deals unhappy at being left out of tariff relief

Maine’s lobster fishermen got good news this week---at least for some. 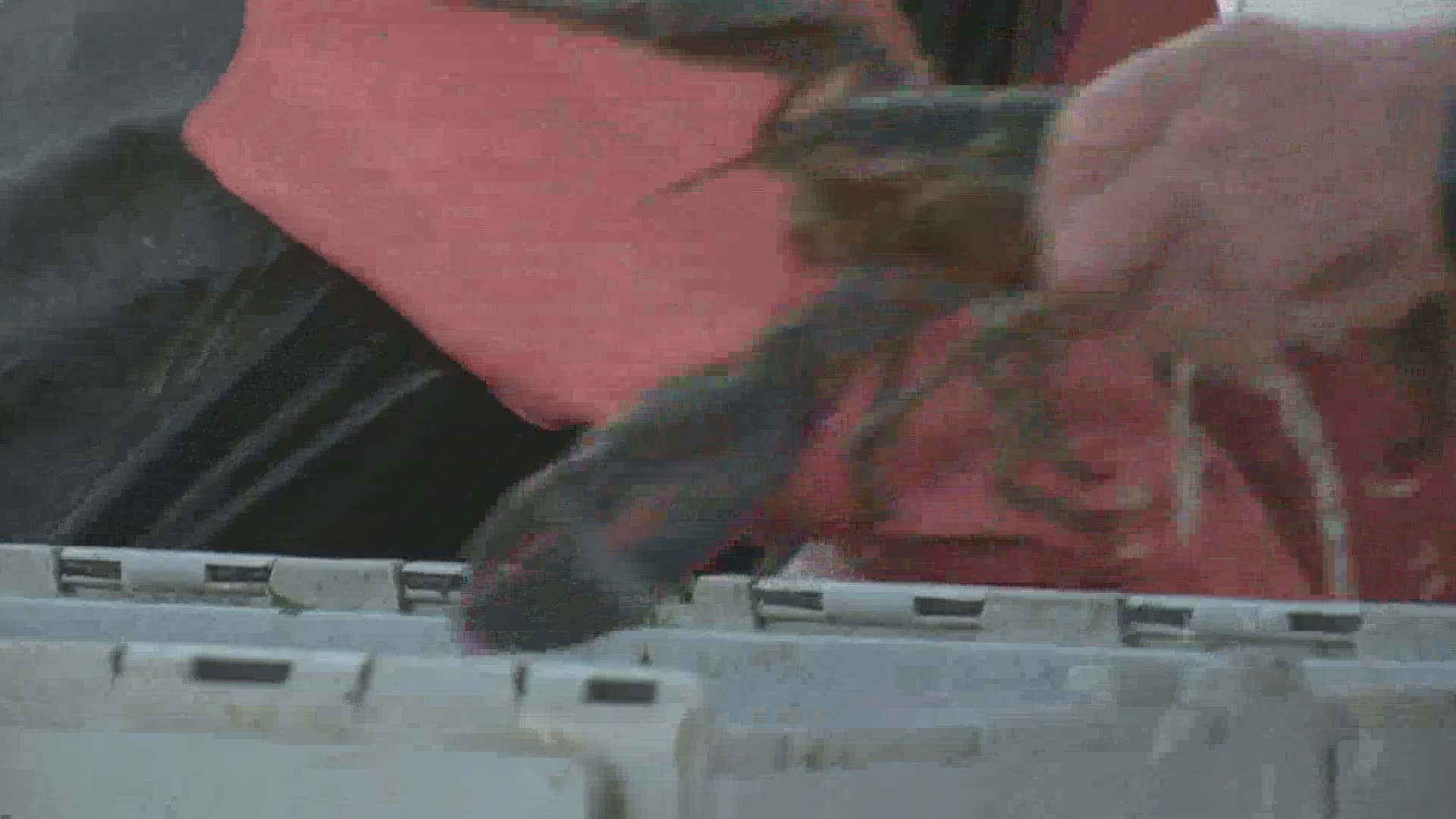 PORTLAND, Maine — Lobster fishermen will be getting around $50 million from Washington to compensate for losses from the trade war with China, which resulted in high tariffs on US lobster, dramatically cutting Maine lobster exports. But lobster dealers and wholesalers, who say they are the ones who lost business and money from the tariff fight, aren’t getting any of that assistance.

The tariff fight began in mid-2018, and according to Annie Tselikis of the Maine Lobster Dealers Association, exports of American lobster dropped dramatically, from about 147 million pounds to a little over 85 million. But despite the loss of exports and a reduced catch, most lobstermen still had a profitable year in 2019. By contrast, says Tselikis, lobster dealers and wholesalers, who had been doing the actual business with China, lost millions of dollars in sales.

That is prompting the dealers to complain about fishermen getting the federal relief money, and not dealers.

“The fishermen have repeatedly said in the media, and all over Facebook, that this issue doesn’t impact them,” Tselikis said, “While we have been repeatedly advocating for free and fair trade for our industry.

She says dealers and wholesalers had been pressuring the Maine Congressional delegation for the past year to get tariff relief for the industry, even calling in help from former GOP Governor Paul LePage because of his relationship with President Trump. Tselikis says they will keep up the pressure.

“It is very frustrating to see this payout go directly to commercial fishermen and not go to the lobster industry businesses responsible for moving the product to China.”

Members of Maine’s Congressional delegation issued a press release Wednesday announcing the relief money for fishermen but also calling for assistance for the dealers, wholesalers, and others in the lobster supply chain.