Maine lobstermen brought nearly 120 million pounds of the crustaceans to the docks in 2018. That's more than twice the total from 15 years earlier. 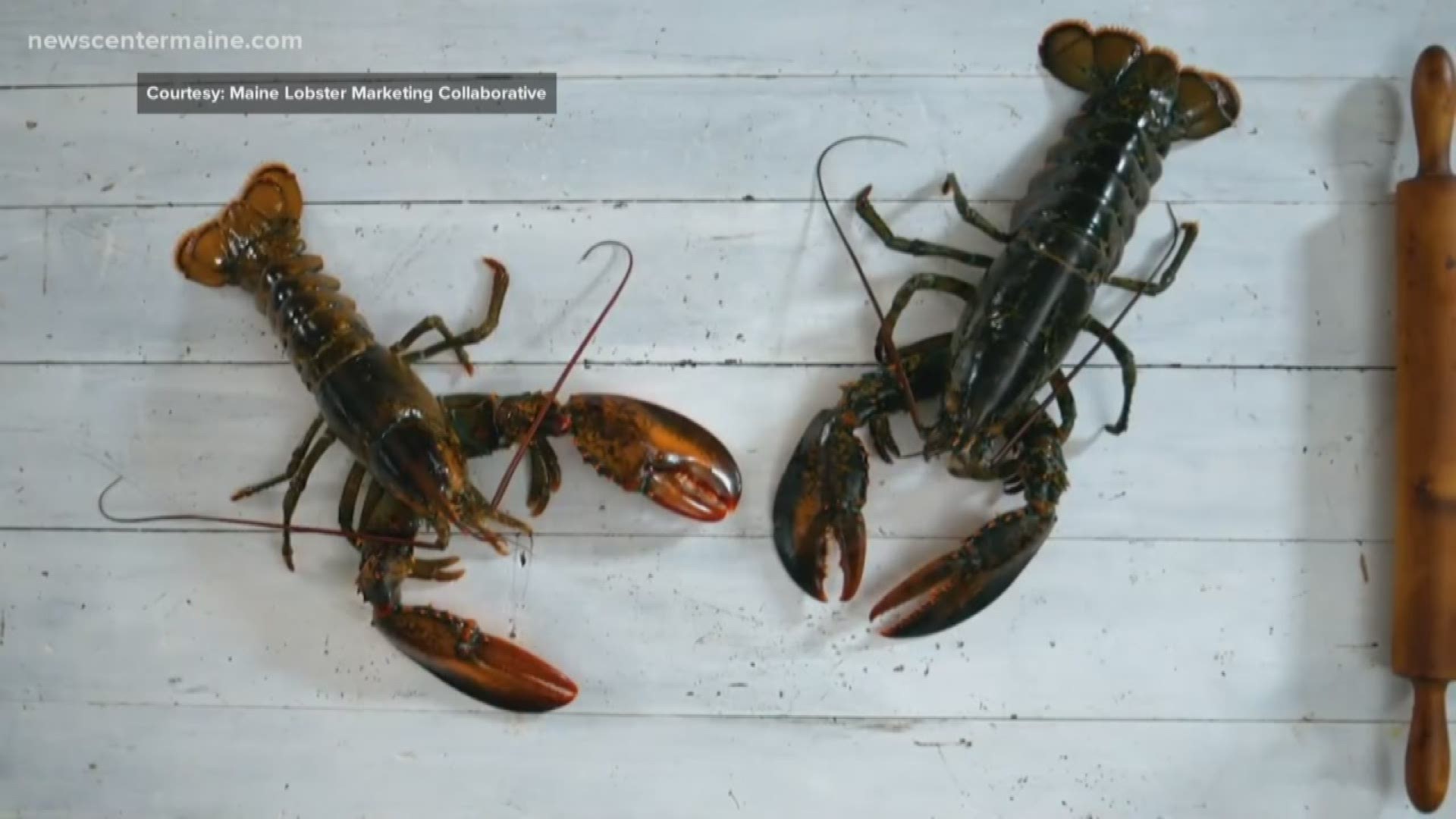 PORTLAND, Maine — Maine's lobster business is starting a new push to try to get the state's most coveted seafood item to corners of the country that don't get a chance to crack open a lobster tail as often as New Englanders.

The annual lobster catch has been high for several years in Maine, and it increased by nearly 10 percent from 2017 to 2018. That leaves the industry in a position to try to find new audiences for lobster in an era when exporting the seafood to many foreign countries is difficult because of tariffs.

Lobstermen in Maine pay a fee to support the Maine Lobster Marketing Collaborative, which collects about $2 million per year to promote the state's lobster brand. The focus this year will be on targeting distributors to move more live and processed lobster, members of the collaborative said.

The collaborative hopes "turning up the heat" on distributors and wholesalers will help grow the domestic market for lobster, said Luke Holden, founder and chief executive officer of Luke's Lobster of Saco, Maine, and a member of the collaborative's advisory board.

"By spending more time on the distributor's network, we should be able to make it more accessible," Holden said. "If there's 100 people in the room and 20 people know, the goal is to make sure 100 people know."

Maine lobstermen, who typically account for about four-fifths of the nation's lobster haul, brought nearly 120 million pounds of the crustaceans to the docks in 2018. That's more than twice the total from 15 years earlier.

However, the industry is navigating choppy waters, as exports to China are down due to trade hostilities with President Donald Trump's administration. It's also difficult for the U.S. lobster industry to compete for European exports with Canada because of a favorable trade deal between Canada and the European Union. Canadian fishermen harvest the same species of lobster.

The collaborative is billing its effort to create more domestic interest in lobster as spreading "the story of Maine's signature crustacean to more audiences around the country," it said in a statement. Collaborative interim executive director Marianne LaCroix said the next step is to educate distributors about what Maine lobster products are available, and find out if those products might be a hit far from Maine's rocky coast.

"In the past, we've been focusing on live lobster, we've been looking at the Maine coast and the major metro markets," she said. "Looking at the value added market, that opens up more remote markets and more far flung markets."