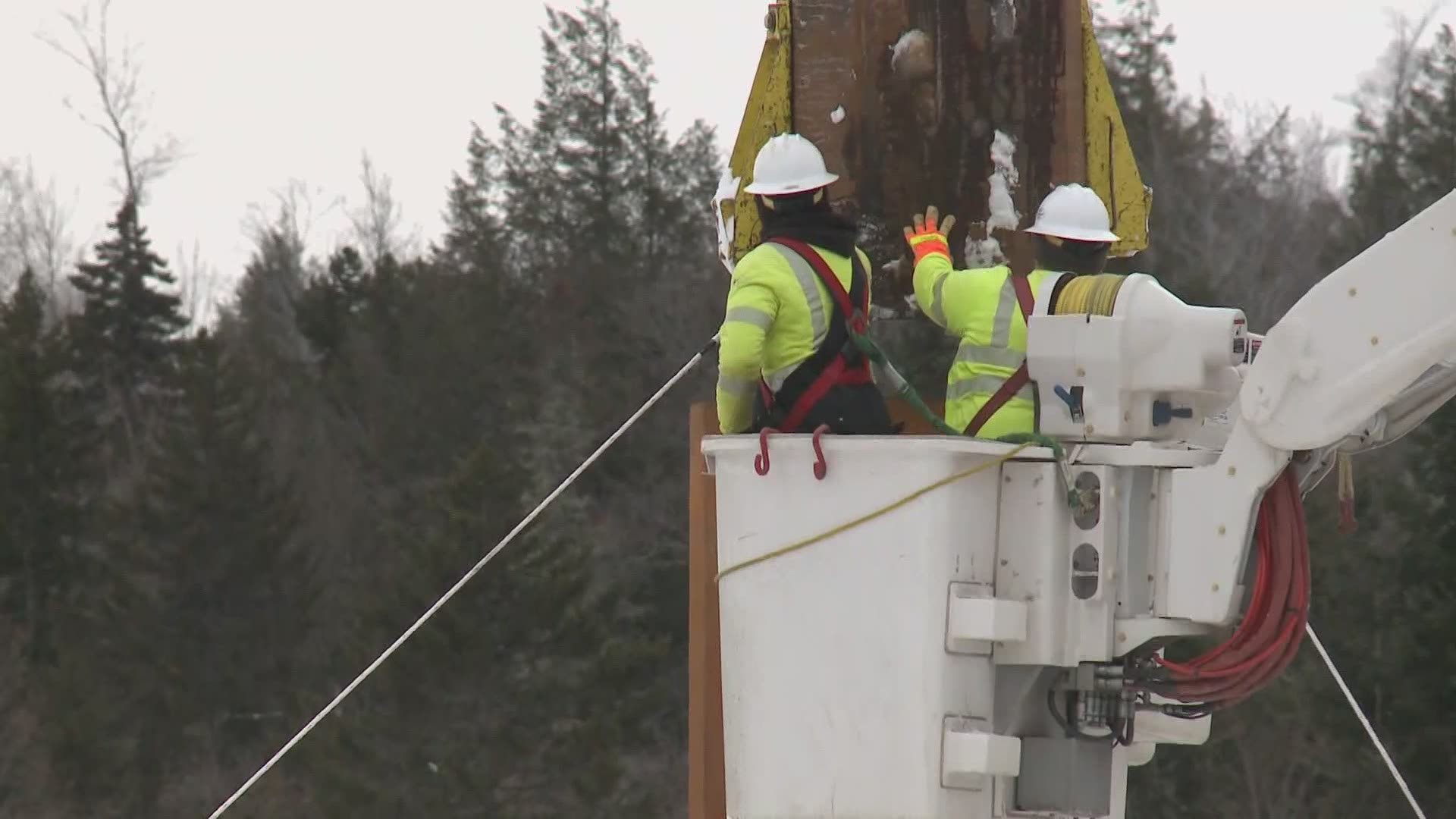 PORTLAND, Maine — Many miles from the controversial transmission line corridor, Thorn Dickinson said the project now has the green light from one end to the other.

“We are now on both sides of the border and ready to go with this project,” said Dickinson, CEO of the New England Clean Energy Connect, the NECEC, the project to bring hydropower from Quebec, through Maine into the New England electric grid, paid for by Massachusetts.

On Friday, Hydro Quebec announced it had been granted the final permit from the Canadian government to build its own section of the transmission line, a 100-kilometer power line to take the electricity to the Maine border, which it will tie into the line being built in Maine.

“We’re starting construction based on the fact every regulatory agency, based on expert analysis, has given a green light to this project because of its climate merits and economic benefits on both sides of the border,” said Lynn St. Laurent, spokeswoman for Hydro Quebec

She said Friday the company should start building the $600 million line in a few weeks, planning to complete it in 2023.

The start of that project is good news for the NECEC, which just last week was able to start work on the new section of the Maine corridor. That work had been blocked by a court injunction, which was lifted May 13 by a federal judge. Thorn Dickinson said they have started cutting access roads and clearing trees to begin that 53-mile section of the corridor through the woods.

The project is highly controversial in Maine, and a petition drive has forced a statewide referendum vote, to be held in November. There are also two lawsuits currently in court that seek to block the project.

Opponents said the company is risking a huge financial loss by moving ahead with construction in spite of the suits and referendum.

“They do it at their own risk,” said Tom Saviello, who led the petition drive.

Thorn Dickinson said the project has won all of the required state and federal permits, made changes to meet environmental issues, and is moving ahead. Dickinson said he is confident the project will prevail and said that as more people see what the corridor will actually look like, it will gain support.

“Let them see how little of the corridor we’re actually impacting, the new area just 54 feet wide and poles designed to blend into the background. Generally, folks come out and say is this what the whole complaint is about the project?”

Under the terms of the NECEC’s permit, tree cutting has to stop for June and July to protect a species of bat. Dickinson said they will continue cutting next week, and then will continue working on the ground, removing cut trees, building access roads and other needed work, before clearing the actual corridor resume in August.