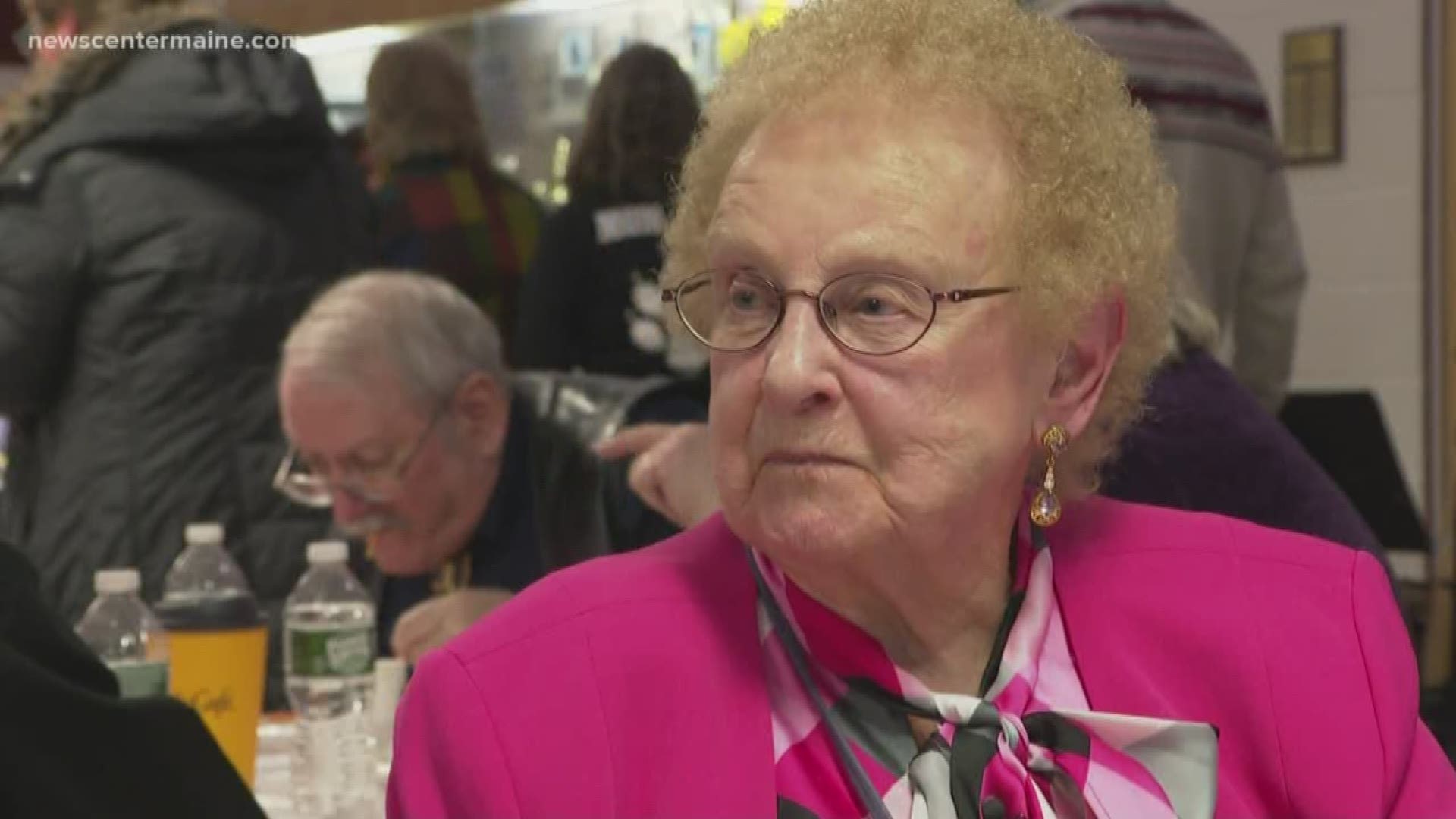 AUBURN, Maine — It was in November 2019 that 95-year-old Auburn Barbara Hinckley resident lost her life savings. She was tricked into sending $25,000 to a scammer claiming to work at Publishers Clearing House. The scammer said she had won $2.5 million and new Mercedes, but that was far from the case.

"I hadn't paid any attention to these scams," Hinckley said.

Despite losing thousands, Barbara has stayed positive. Since then,  Auburn, the state of Maine and the entire country have come to her aid.

"It's just amazing to me to know how many people care," she said.

On Wednesday night, Hinckley got to see first hand just how many people support her. A benefit spaghetti supper was held at the Auburn Middle School, with all proceeds going directly to Hinckley.

"I felt like I needed to do something, and all I knew how to do was make spaghetti," Baldacci said. He grew up making the dish at his family's Bangor restaurant Momma Baldacci's. He's since become known for hosting these types of spaghetti benefit dinners.

Baldacci had never met Hinckley, but was moved by her story and knew he had to help.

RELATED: Don’t fall for calls asking you to donate money to firefighters; police say it's a scam

RELATED: Senior citizens are the most vulnerable group for scammers

Roughly 300 came to the Auburn Middle School for the benefit dinner. Speakers were also on hand from AARP, Maine Legal Services for the Elderly and the Auburn Police Department with information to help others avoid scams like this.

Jane Margeson of AARP said if you believe you may be a victim of a scam, to contact law enforcement and freeze your credit score.

"We're all in this together. And if we stick together, we can leave the scammers where they belong: out in the cold," Margeson said.

The full count of how much was raised for Hinckley totaled $18,000. One anonymous donor wrote a check for $1,000 with multiple others donating more than $100.

"I am writing hand written thank you notes to anyone that I get anything from," Hinckley said.

After dinner, it's safe to say she'll be writing plenty of thank you notes.