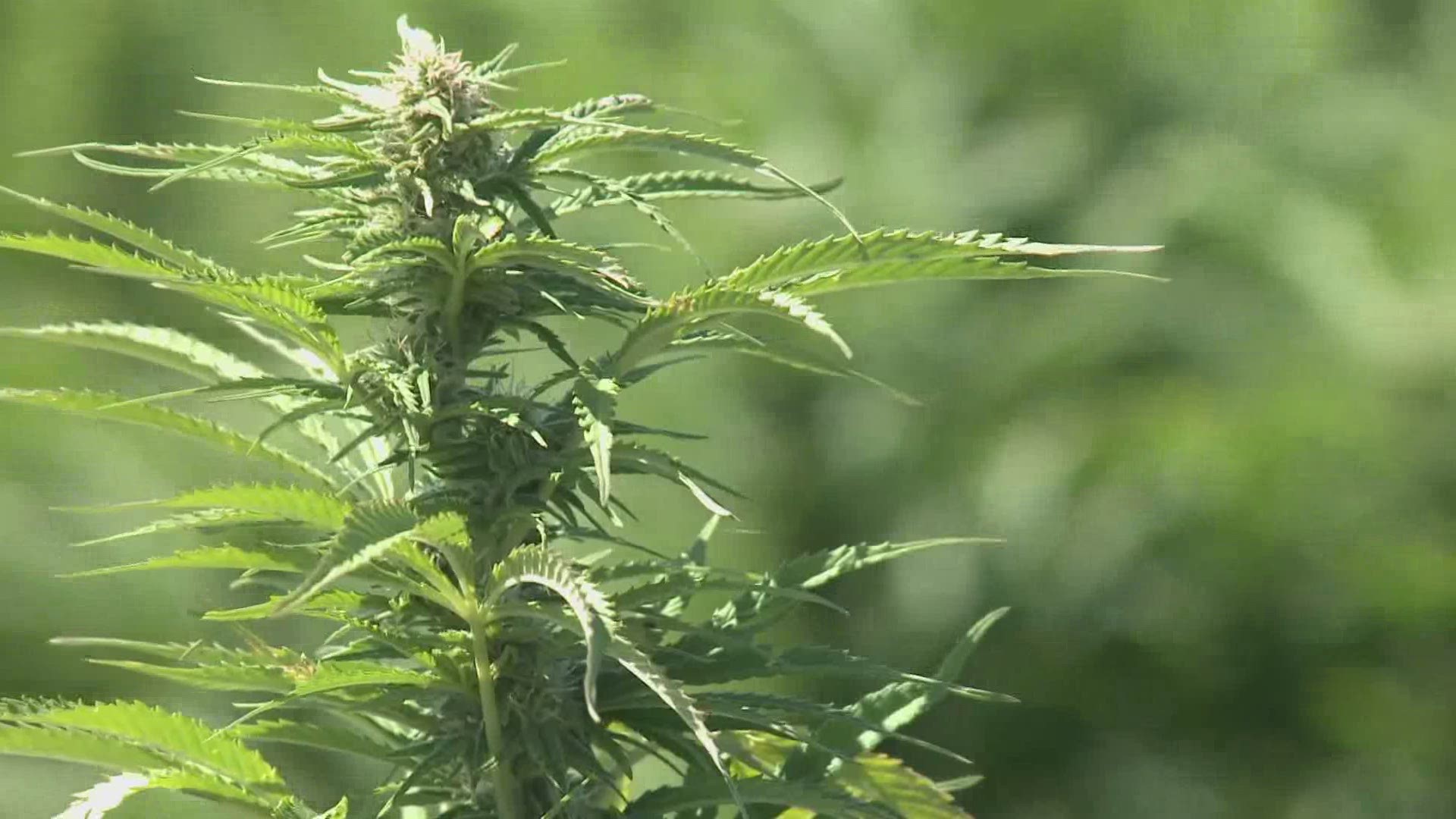 AUGUSTA, Maine — Just a year ago, Maine farmers and agriculture leaders were looking at what seemed to be a growing new sector of the agricultural economy—hemp. The national popularity of products with CBD promised brisk sales for the hemp used to produce CBD oil.

But then market reality hit. Laws of supply and demand took control. This year, Maine hemp is in a slump, says state horticulturist Gary Fish, who was the one state official coordinating hemp policy for the past four years.

“Last year it looked like crops might be profitable but as the number of growers grew across the country the price dropped precipitously, so a lot of growers ended up with a lot of hemp they couldn’t sell or had to sell for way lower prices than expecting,” Fish says.

“Last year we had over 2,000 acres and this year there are 350 acres licensed, but only about half of that will have been planted."

Farmer Ben Marcus watched it happen. He planted three acres of hemp last year on the Sheepscot General Farm Marcus and his wife Taryn operates in Whitefield. They had a very good harvest, but sales did not come as quickly as planned. Marcus still has much of that crop in storage, and says he is selling it gradually so won’t lose out as others have. But he says it's been a turbulent past year for the hemp business.

“I would say it was a disappointment to people who thought they would get rich. I was always skeptical of that,” says Marcus.

The state recently worked out an agreement with the federal government to change Maine’s existing hemp regulations and adopt those proposed by the federal government, which governs a wide range of aspects of growing and testing the crop. Marcus and Fish both say it doesn’t address the two biggest concerns for the hemp industry: proposed federal testing standards that could produce higher THC levels in hemp, causing problems for CBD producers. Fish says it might force growers to change to plants with lower CBD quality.

The other issue is banks and insurance companies, many of which are still reluctant to handle hemp farm businesses. Growers and politicians alike have said the federal banking regulations need to be changed to adapt to the new legal status for hemp, instead of considering it like marijuana. Fish and Marcus say Congress had indicated bipartisan support for making the needed changes, but it still hasn’t happened.

Marcus says he thinks the marketplace may be better in another year after the large production of 2019 is finally sold off and used up, and growers can adjust to a more realistic view of price demand, and how much to supply.

Gary Fish says Maine hemp will likely find a “niche market” as growers figure it out, but will probably not become the large cash crop that had looked so promising, as recently as last year.